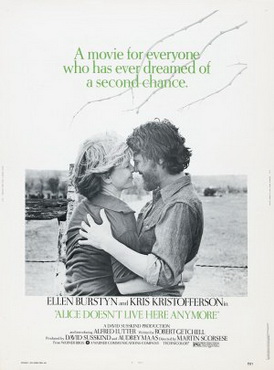 It's a curios thing that in the midst of Marvel Cinematic Universe fanboys all up in a rage because Martin Scorsese does not think the MCU films are 'cinema' I find myself watching an early Martin Scorsese film that does not involve gangsters in any way. Alice Doesn't Live Here Anymore was later adapted for television as the sitcom Alice, a rare time when a television version of a hit film became a critical and commercial hit on its own. Alice Doesn't Live Here Anymore, grounded in strong and surprising performances, develops a portrait of a woman in transition from dependence to independence and genuine love.

Alice Hyatt (Ellen Burstyn) has always planned on being a professional singer but got sidetracked by life. Now with a young son, Tommy (Alfred Lutter) and a difficult-to-abusive marriage to Donald (Billy Green Bush), she struggles to keep the peace internal and external. Quickly she is widowed and decides the best thing to do is leave Socorro, New Mexico for a career in her old hometown of Monterey, California.

First stop is Phoenix to make money as a singer. However, after a brief stint working in a club and getting wooed by Ben (Harvey Keitel), Alice and Tommy flee when Ben turns out to be married and abusive to his wife Rita (Lane Bradbury) right in front of them.

Now on to Tucson, where Alice reluctantly takes a waitress job at Mel & Ruby's Diner. Eventually, she finds an occasionally wonderful and difficult romance with David (Kris Kristofferson), a local rancher and a friend in fellow waitress Flo (Diane Ladd). In the end, Alice finds what she was looking for: contentment amidst the Arizona desert.

Those who remember the television show Alice may be surprised at how different Alice Doesn't Live Here Anymore is from the show. This is a darker tale, one that has abuse and strained relationships between the characters. For example, Mel himself (Vic Tayback) not only has a generally minor role but is actually not as harsh as his television version. Flo and Alice start off on a bad note, and Alice and Tommy's relationship has moments of tension and anger.

However, there are also genuine moments of mother-and-child love, such as when they laughingly escalate a water war. Alice Doesn't Live Here Anymore is a remarkably true-to-life film, where the characters are flawed and have genuine reactions and emotions to real-life situations.

Holding center court is Burstyn, who won her only Oscar as of this writing for her performance. It's easy to see why she won: her Alice is a complete and relatable person. She can be angry and loving, snapping at Tommy one moment and gently holding him another. Whether crying when leaving her best friend Bea (Leila Goldoni) for the last time or making a friend in Flo, Burstyn's performance seems less like acting and more like living. In short, she creates a figure we can understand, relate to and even accept as authentic.

It's a credit to any actor or actress that their performance makes the character wholly authentic.

It's pretty wild to see Harvey Keitel play sweet and charming, even goofy, as the lovestruck Ben. If Robert Getchell's screenplay hadn't made Ben into a monster one could easily have seen Ben as a true romantic figure for Alice. In fact, he could easily have played the Kristofferson role and it's surprising Keitel didn't or hasn't done more romantic leads.

As a side note, I am not convinced that whole section was necessary. It felt almost as if the entire Phoenix section could have been cut without it really affecting the film. 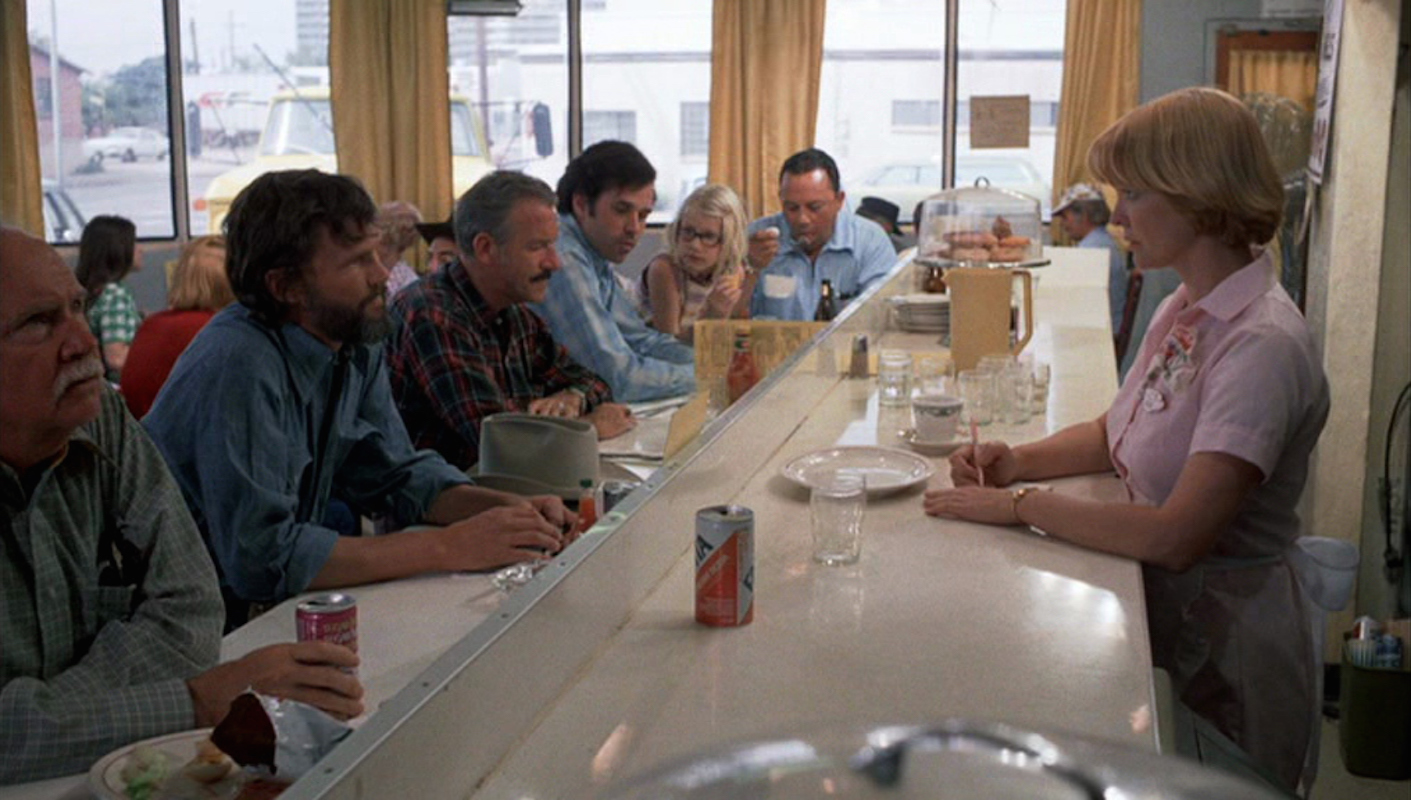 It's also somewhat surprising to see Kristofferson playing a generally gentle, soft and kind romantic figure. I think he is one of the few leading singer/actors in the 1970's who could be simultaneously masculine and delicate, who could be macho without coming across as aggressive or arrogant. His performance is also quite strong. Granted that now his one genuinely angry moment may appear almost violent but I think the film does great in showing him not as a villain but as yet another flawed figure.

Ladd was wonderful as the brassy Flo. She didn't tell anyone to 'kiss my grits!' but she more than held her own. Lutter was also excellent as Tommy, creating another genuine tween: sometimes goofy, sometimes maddening, but someone who felt real. The film also has an early appearance for Jodie Foster as Audrey, Tommy's fellow guitar student who lives a bit on the wild side.

Scorsese keeps things flowing well, drawing great performances out of his cast and in the early sequence deliberately drawing from The Wizard of Oz to evoke a sense of nostalgia in this story of a woman who came into her own. You end up understanding and liking these characters and want them to succeed.

Personally, I prefer the television adaptation to the original film version. Part of it is probably because that is what I am more familiar with and probably because it is lighter than the film. However, Alice Doesn't Live Here Anymore, with strong performances and a sense of authenticity not found in the Marvel Cinematic Universe, is an excellent film if a bit too long and a touch meandering.

There is a new girl in town, and with some luck and love life's gonna be so sweet...