The Royal Romance of Charles and Diana: The Television Movie 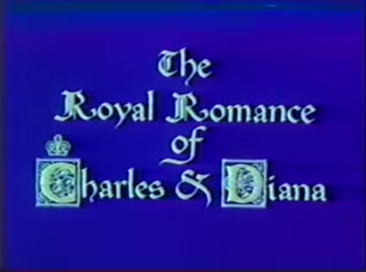 THE ROYAL ROMANCE OF CHARLES AND DIANA

As young Prince Charles (Christopher Baines) endures one tawdry princess-in-waiting after another, waiting in the wings is Lady Diana Spencer (Catherine Oxenberg), young and innocent daughter of Earl Spencer (George Martin). His Royal Highness and Lady Diana meet cute in a bucolic countryside where Diana literally falls for the Prince. As she watches over Earl Spencer along with his second wife Raine (Barbara Caruso) after his stroke, Charles is watched by the ever-efficient aide Mr. Griffiths (Ray Milland).

Soon her joie de vivre wins the heart of our older future King. She is not afraid of him and treats him like any man: throwing him off boats and teaching him a little tap-dancing. As their romance blossoms, they hit a few snags. Angry ex-suitors to the Prince of Wales, a voracious press and their 13-year age gap. True love, however, will not be denied, and he proposes when he returns from an Indian trip.

Diana gets a little royal training by Her Majesty Queen Elizabeth the Queen Mother (Olivia de Havilland), though Diana is not afraid of doing things as she sees right. An attempted assassination on The Queen (Dana Wynter) and HRH the Duke of Edinburgh (Stewart Granger) will not stop the House of Windsor from completing their tasks, a valuable lesson to Diana just before her fairy tale wedding. 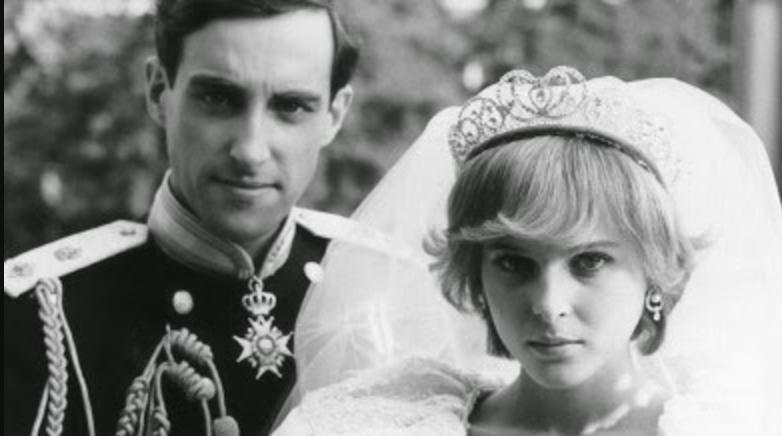 The Royal Romance has a major plus in Baines and Oxenberg, the latter best known at the time for her role on the primetime soap opera Dynasty. Perhaps Oxenberg had a leg up on the competition, as she is surprisingly a royal herself being the daughter of Princess Elizabeth of Yugoslavia and a distant relation to the Windsors.

Oxenberg manages to not just look like Diana, Princess of Wales but also makes her besotted love for the Prince rational as opposed to insipid. She also has a very gentle manner when it comes when acting alongside others, particularly veterans like Milland and de Havilland. Oxenberg shows that behind the soft manner there is a bit of steel, such as her comment that in order to have time with Charles, she should create an organization so that he can schedule her in.

She and Baines work well together, making the romance believable. When working without Oxenberg, Baines has a more fictionalized Prince to play, one almost comical in his frustration to find true love. However, he does well as a future monarch who quietly yearns for love.

I imagine that Milland, Granger and de Havilland were brought in as the 'name' players, and while their roles were relatively small they did well. Of particular note is de Havilland, who did come across as regal as The Queen Mum.

Surprisingly, The Royal Romance manages to do well despite having four screenwriters. Oftentimes so many people on one project makes things incoherent, but here at least they kept to a more lush, romantic even sappy story which is what I figure people wanted back then.

One element that did work well was a montage of reactions to the infamous photo of Lady Diana accidentally baring her legs. Consisting of brief shots of everyone involved, it managed to be humorous and horrifying depending on who was doing the reacting.

Despite some positives we do have some surprising negatives, ones that in retrospect come across as eerily prophetic and some that even then are somewhat silly. There is a clear element of 'fairy tale' in The Royal Romance that make the real-life story almost too unbelievable. At one point, Charles asks Diana, "Do you believe in fairy tales?" to which she replies, "Yes I do, I always have", a case of gilding the lily. From impromptu tap dancing to crazed exes, sometimes The Royal Romance came across as spoof.

There were other elements that make The Royal Romance less than what it could be. The subplot about Diana's parents' divorce seem to come and go, leaving Holland Taylor with essentially little to do as Diana's mother Frances Shand Kydd. Caruso and Martin's performances both during and post-stroke are more likely to cause giggles than tender emotions to where Earl Spencer's recovery plays almost as camp.

The sugary music does not help, nor does its 'love theme' Will He Love Me? that plays often and sounds rather comical in its earnestness.

Somehow, the image of Prince Charles standing before a portrait of Henry VIII as he is about to be reunited with his 'one true love' now looks as subliminal messaging. Taylor's Shand Kydd at one point tells Diana, "Divorce and second marriage is difficult for everybody". Many a true word was spoken decades before this royal romance went into the pits of Hell.

The film does end on a romantic note, but why CBS opted to have a plug for books on royalty plugged by Stewart Granger with the Library of Congress I cannot venture a guess.

The Royal Romance of Charles and Diana is a pleasant diversion that now looks as real as a fairy tale given how true life played out. Good acting by Oxenberg and Baines makes up for some bad acting and a determined stab to be lush and romantic. While now we know that the royal romance was a poisoned chalice, on the whole it is light entertainment with a hint of kitsch.

And to answer the question in the 'love theme', the answer is "No".