The Capote Tapes: A Review 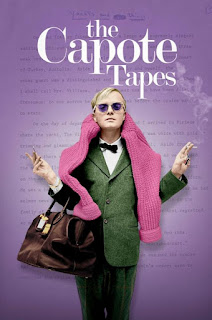 Truman Capote: writer, bon vivant, enfant terrible, self-destructive drunk. He was all that and so much more. The Capote Tapes, taped interviews with his friends, lovers and enemies unheard until now, gives us a glimpse into the rise and fall of one of America's most celebrated creative forces.

Using newly recorded interviews along with the audiotapes writer George Plimpton recorded shortly after Capote's death in 1984, The Capote Tapes allows those who knew Capote (or thought they knew him) speak their minds. Capote, this poor son of the South with a fantastic imagination and open homosexual lifestyle, charmed and wrote his way into the upper echelons of New York City high society.

Despite being openly gay the upper-class beauties of high society gravitated and were enraptured with Capote. He in turn gravitated and was enraptured by these women whom he dubbed his "swans". However, part of him worked to expose them. Whether it was subconscious revenge for his mother's suicide due to her failed efforts to be a society doyenne or the belief that his own genius would save him, Capote's poison pen brought him nothing but ruin. His long-gestating novel based on his swans, Answered Prayers, created an absolute scandal despite only snippets ever being published.

The man who had brought the world the ultimate in posh grandness with the Black and White Ball, hobnobbing with the elite of the the elites, now was reduced to partying it up with virtual peasants at Studio 54, drinking and drugging through "a haze of pain" at the loss of his swans. All for a book that might not have ever existed. 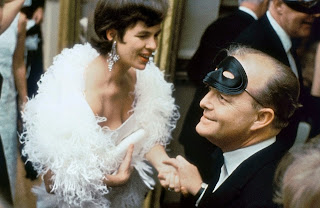 The Capote Tapes are fascinating to listen to and serve as the de facto narrative to the documentary. As various figures such as fellow writer Norman Mailer to C.Z. Guest (one of the few Swans to stay loyal to Capote) remember their friend/frenemy, we see behind Capote's persona. Another of his Swans, Slim Keith, recalls to Plimpton an incident when Capote rejected the idea that Keith "loved" him.

"People are amused by me, fascinated by me but they don't love me", he said. It's a sad confession for someone who gave people the impression he was the life of the party.

Other revelations aren't as sad. They appear instead rather malevolent. Another writer, William F. Buckley, was not impressed with Capote's "nonfiction novel" In Cold Blood. "We've only had seven executions in the past five years," Buckley states, adding with a hint of venom, "and two of them were for the personal convenience of Truman Capote". Given that Buckley was not opposed to capital punishment, such a declaration is a bit surprising.

The Capote Tapes hint at Capote's arrogance towards his Swans, a contempt mixed with fascination. "I'm a writer. Did they think I was with them because I thought they were interesting?" he once observed after the scandal over the Answered Prayers excerpts were published. Whether he saw himself as the Swan's court jester or the chronicler of their sordid lives we do not know. 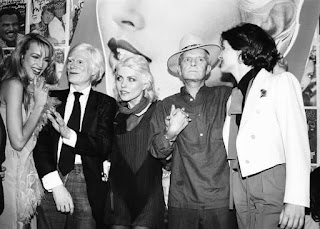 We also cannot know what he thought of his exile from The Land of Swans to The Land of Disco, but I can imagine that it must have been a hard blow. Despite the wild, hedonistic abandon of the club scene there is something sad about this old man shaking his groove thing when once he waltzed with duchesses and princesses. One contemporary interview recalled that he looked like "a little aged dwarf" as he shuffled about in the daylight.

We do get a more sympathetic view from Capote's adopted daughter Kate Harrington (whose father had an affair with Capote). She recalls a hard-working writer who welcomed her into a world of literature and art, though also a gossip who wandered away from writing to indulging in worldly pleasures.

Capote fans and those who know him more by reputation will find interesting information and revelations about the writer through The Capote Tapes. Even those who have seen Infamous or Capote (or the notorious Stanley Siegel interview) will learn new details and gain greater appreciation for Truman Capote's work and legacy good and bad.