The Celluloid Closet: The Television Documentary 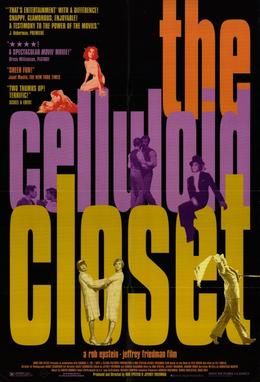 An apocryphal story has it that movie mogul Samuel Goldwyn wanted to film the novel The Well of Loneliness. When told that the main characters were lesbians, Goldwyn reported said, "Well then, we'll make them Americans!". Thus, we get a strange but humorous moment with regards to gay images on film.

"Hiding in plain sight" might be the motto of The Celluloid Closet, a documentary whose theme is that homosexuality was always visible in cinema, albeit so coded that any straight viewer would almost certainly miss the gaiety within.

Based on Vito Russo's nonfiction book and lecture, The Celluloid Closet travels through the world of film, where filmmakers Rob Epstein and Jeffrey Friedman find coded and not-so-coded images of gays and lesbians in films from the silent era down to 1992. We also get interviews from various film historians, screenwriters and actors who have participated in the films in question.

According to narrator Lily Tomlin, homosexuality in film, when depicted at all, was there to laugh at, or to pity, or to fear. As we bounce around the gay or gay-read images, we find that perhaps while some things have changed, some things remain the same. 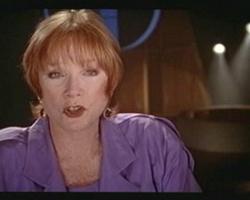 The Celluloid Closet works if you accept the premise that every clip used was both coded as gay and intended as such. I do wonder though if sometimes, to misquote an apocryphal Sigmund Freud quote, a cigar is just a cigar.

Take for example a clip where two men are dancing together while a violinist plays into what appears to be a megaphone. This clip is from the Dickinson Experimental Sound Film made in 1895. What Russo and The Celluloid Closet implies or suggests is same-sex romance captured on film may actually be two male Edison coworkers dancing together merely because there were no women around.

Another silent film, Algie the Miner, portrays a swishy man as part of early gay stereotypes of gay men as effeminate. However, the film itself states that while Algie was effeminate, he was also going through a lot of hoops to marry a woman. Algie may have been a "sissy", and he may have been subtly gay. However, was that the original intention or just an interpretation?

In short, The Celluloid Closet makes a lot of jumps from Point A to Point B, jumps that may not be accurate. Little thought is given to context or intent with regards to the various creators' ideas or intentions. It is a wild leap to suggest that the Dickinson Experimental Sound Film is gay representation on film. Without concrete evidence that it was or intended to be such (and I would think Thomas Edison would not have even thought of such a thing), The Celluloid Closet is in some cases either leaping to conclusions or flat-out wrong in those conclusions.

This rather freewheeling manner comes from the fact that The Celluloid Closet never gives us the film titles on-screen or set up the particular film's situation. As such, audiences are led to conclusions that might not be accurate, but which are there to strengthen the case the film is making, erroneous as said conclusions may be. A clip from Dracula's Daughter is used to highlight the trope of the dangerous lesbian. It is more than likely that there were lesbian undertones in this scene, but given she was literally Dracula's daughter, it is also possible that she was more into blood than sex. 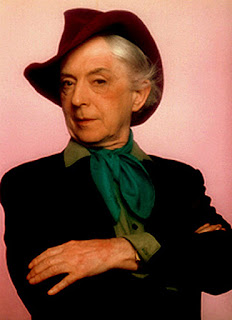 We delve into context with Ben-Hur when uncredited cowriter Gore Vidal is interviewed. He tells us that he deliberately wrote a gay subtext when Judah Ben-Hur and his Roman friend Messala reunite. According to Vidal, Ben-Hur director William Wyler was both shocked and intrigued by this scenario. It had to be just overt enough to be seen but subtle enough to avoid censors. It also had to be kept from Ben-Hur star Charlton Heston. "You can tell (Stephen) Boyd; don't breathe a word of it to Heston, otherwise Chuck will fall apart," Vidal states.

I wonder now if the gay interpretation of Judah and Messala came from Vidal's oft-told tale versus being genuine. I confess to a certain naivete, but I never got the gay subtext in Ben-Hur when I first saw it. I am not saying that a gay subtext isn't there, but I can't say for certain that it is most definitely there. It is up to interpretation, and Vidal to my mind is an unreliable narrator.

Context to my mind is key. It is one thing to have a montage of clips where the gay slur "f****t/f*g" or "queer" (curiously more acceptable nowadays if used by the subject him/herself) is thrown about by characters. However, were these terms used to show the characters as ignorant or used to deliberately demean someone? The lack of context is, I think, a major flaw in The Celluloid Closet's presentation.

I for one, am not ready to make the comparison between the gay character Sebastian Venable in Suddenly, Last Summer and Frankenstein's monster. It is there for anyone who wants to see it, and it is an interesting parallel. I am not sold on it just yet.

However, by no means is The Celluloid Closet a bad film. Some moments are quite revealing. Quentin Crisp, for example, points out that when a man is in drag everyone laughs, but that when a woman is in drag nobody laughs. We also see that lesbian depictions are easier for audiences than gay men depictions. It's a curiosity that women loving women on film, such as in Personal Best, is seen as palatable but men loving men require warning signs the way Making Love did.

The Celluloid Closet makes an interesting case that gay images on film have always been there, even if they had to be opaquer than they are today. It would be interesting if The Celluloid Closet revisited the images of LBGT characters and stories today. There is some progress where the gay-centered Moonlight can win Best Picture, but the "bury your gays" trope where gay characters are killed off is still very much with us.

The Celluloid Closet is a good start for those wanting to start studying film and/or gay issues.