Whoever Has Jeff Ears, Them Them Hear Longtime readers know that I am a proud season ticket holder for the El Paso AAA Baseball Team.  Longtime readers also know that I detest the name of the El Paso AAA Baseball Team.  So great is my loathing for that name that I have refused to say it.  It is so strong that even when I look up information online, I will type "El Paso Baseball" or "El Paso Baseball Team" rather than the name.  My brother Gabe has kept a count of the number of times I have slipped and uttered the name, and I'm up to four.

However, for full disclosure I have warmed up to the EP Baseball Team Mascot, Chico.

In any case, I can say that I am a fan, even though I'm not the most well-versed baseball fan.  I couldn't keep track of all the statistics of who does what and when.  Therefore, I can't answer in-depth questions about all the players.

However, there are many players that I like and like watching.  There's Jake Lemmerman, who got an amazing walk-on grand slam, bottom of the ninth and whose jersey I was desperate to win in an auction (I didn't, since even I wasn't about to spend $200+.  Budgets and all..).  There's Cody Decker, bon vivant and Whovian who has done the impossible and made being Jewish even cooler than it already is (and who is unafraid to color-coordinate his wardrobe, down to the bow ties, because bow ties are, well, you know...).  There's Reymond Fuentes, who I think has the best walk-out song (even if no one seems to know what it actually is).  There's Jonathan Galvez, who made it to the Minor League All-Star Game.  All great ballplayers.

Then there is Jeff Francoeur, lovingly known as Frenchy.

Now, Frenchy has incredible skills (though Gabe is right in saying that he is trigger-happy when on bat, with a bad tendency to swing instead of measuring whether he can hit that particular pitch).  Francoeur has been called back up to the San Diego Padres, and while I and all of El Paso are sad to see him go, I and all of El Paso are also glad to see him go (if that makes sense).

Jeff Francoeur was the subject of an epic prank by his teammate Cody Decker.  Decker, along with other EP Baseball players, managed to convince Francoeur that another teammate, Jorge Reyes, was deaf.  Somehow, they kept this going to an oblivious Francoeur for a whole month.  The experiment was filmed and we now have On Jeff Ears.


Personally, far from thinking less of Francoeur, On Jeff Ears makes me love him more.  Granted, Francoeur's obliviousness to how Reyes wasn't deaf is funny and does make him look a bit dim.  However, I also have to look at how Francoeur went out of his way to welcome Reyes.  Frenchy spoke openly about his admiration for his deaf teammate, and while the prank is funny, I think it reveals something about Jeff Francoeur.

He may be a great baseball player and I wish him all the best, but beyond that, he's also a real nice guy.  Maybe not the brightest bulb, but I think his character really came across in On Jeff Ears: that of an earnest, sincere fellow who works well with his teammates and embraces all those whom he thinks are different.

In fact, of all the interviews I have seen from his teammates, I don't think I have heard anyone say anything negative about Francoeur as a person, or a player (apart from the trigger-happy bit, with which I concur on Francoeur).

Learning that Francoeur is also an unabashed born-again Christian (if Wikipedia is to be believed) to me, solidifies my view that Frenchy lives the life he proclaims.  There are many people who claim Christianity but whose lives give little evidence of it.  Francoeur, though clueless about how Reyes obviously was not deaf, showed that he indeed is one who does.

A great ballplayer.  A great person.  A bit dim.  A real good guy.

On Jeff Ears, therefore, should not be seen as making Jeff Francoeur look as if he were completely stupid (and I don't think Decker or anyone else thinks that).  The fact that Francoeur can laugh about it too shows that while he wasn't in on the joke, he at least is good enough to appreciate it.

Truth be told, I love Francouer and Decker.  Who couldn't love two great ball players, one of whom can laugh at himself, and one who recognizes the genius of Doctor Who (though sorry, Marshall, your views on Gone With the Wind are completely wrong: it ISN'T a KKK recruitment film, but the Citizen Kane of Epic Films.  You may love movies and knock them out of the park, but I'M the film critic in EP).

On Jeff Ears, if I were to rate it, would earn a B- from me.  It's funny and endearing too.  However, it's no Gone With the Wind, that's for sure... 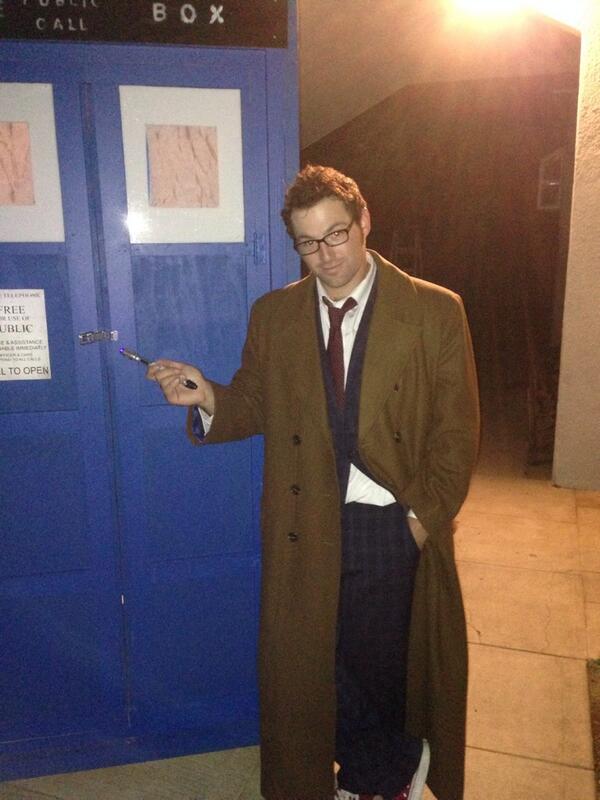 Cody Marshall Decker, you've been a naughty boy...
Posted by Rick at 1:35 AM