To Touch the Face of God 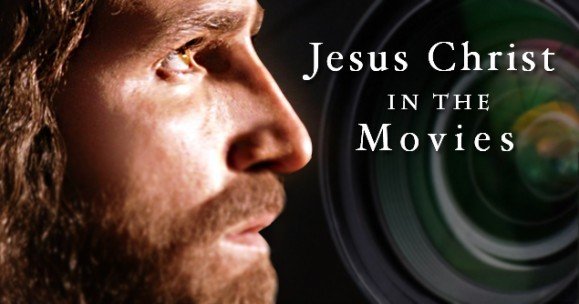 In both Judaic and Islamic tradition, it is forbidden to create an image of God.  Christianity, the third monotheistic faith, is different.  Even though Christianity began as a Jewish sect that brought Gentiles into the fold, the fact that Yeshua ben-Yosef was both fully God and fully Man meant that His image could be made.

In the 2000 year history of Christianity, Christ has been imagined and reimagined in so many ways: painting, frescos, sculpture.  Film and television are also expressions of telling the story found in the Four Gospels, and if IMDB is to be believed, there have been over 500 performers who have taken on the role of The Son of God.  Some have been humorous, almost blasphemous in their mockery.  Christians will get upset about someone ridiculing Jesus, but the most they've done is protest (and as far as I know, no one has been killed over negative portrayals of Christ).  Some have been highly reverential.  Some have fallen somewhere between.

Some have been mocked (like Jeffrey Hunter, who was mocked for his youthful looks in his role of Christ in the film King of Kings despite being in his 30s, leading to the film being nicknamed I Was A Teenage Jesus).  Some have been more light (such as Ted Neely's disco inferno of Jesus Christ Superstar, which for some reason was shown for my Confirmation Class).

It's a dicey thing portraying the Son of God, God in Human Form, the Savior of Mankind.  You have to balance the Divinity with the Humanity.  I was inspired by Diogo Morgado's portrayal of Jesus in Son of God to look over some of the portrayals of Christ in film and television.  Out of the ones I remember, I have selected the ones that I think are the Five Greatest Portrayals of Jesus of Nazareth, and sorry Diogo...be comforted by the fact that you may be among the most beautiful looking Jesus versions we're ever likely to see.


Bruce Marchiano is not a household name, but his portrayal of Jesus is one that I imagine many Christians know.  IF IMDB is to be trusted, Marchiano is the actor who has played Jesus more than any other in history, and from the memories I have of The Gospel According to Matthew, his Jesus is one who had joy and compassion, more in the "Good Shepherd" mode than the "Wrath of God" mode.

The fact that he is Middle Eastern on his mother's side (Syrian I believe) along with Italian is also interesting in that Marchiano is a rare actor who doesn't fit into the stereotype of the 'blonde, blue-eyed Christ' which I think is totally historically inaccurate.  Marchiano also has a leg up on other actors for one particular aspect.  He was so moved by the story of Christ that he himself adopted Christianity and has his own ministry.


H. B. Warner for better or worse became so connected with the role of Christ that he was the first to suffer from the so-called "Jesus Curse", those actors who have had careers dry up after playing The Lord.  Warner did manage to get more roles in You Can't Take it With You and It's A Wonderful Life, but I suspect this was more thanks to the patronage of Frank Capra than anything else.  There's a reason he was one of the 'waxworks' in Sunset Boulevard, one of the four 'forgotten' silent film stars playing bridge with Norma Desmond.

Warner's take I think set the standard for all future Jesus actors: dignified, a bit aloof and certainly very grand and divine.  I saw little bits of lightness in Warner's performance, but by and large Warner was so dignified in Cecil B. DeMille's epic (as if there were any other kind) that Christ was a bit removed from us.  Still, I think Warner's style has influenced almost every other actor taking on the role of Christ (which might explain the so-called 'curse').


Talk about the Agony and the Ecstasy.  We have in Caviezel a combination of Marchiano and Warner.  Like the former, Caviezel has grown closer to his faith (Catholicism) and been publicly identified with it.  Like the latter, Caviezel has seen his career if not derailed at least hampered by his association with both the role and the film (and sadly, by extension to the film's very troubled director, Mel Gibson).

Still, in terms of performance Caviezel gave a powerful one.  His Jesus was the sacrificial Lamb of God who died for the sins of man, and we were not spared the brutality of Christ's scourging and Crucifixion.  There was little time for gentility, as Gibson wanted to focus on those fateful hours.  The physical and emotional torment Jesus endured could never be fully recreated in film, but Caviezel has left a long-lasting impression that has shaken viewers and which future generations may see as being one of if not the definitive take on Christ.


I don't think there has ever been a more powerful and iconic performance of Jesus than that of Robert Powell (no pun intended).   He LOOKS so much like all the paintings and frescoes that have been made all these millennia one wonders if Powell was transported to the Masters to sit for their portraits.

Granted, a blue-eyed Jesus doesn't look Semitic, but how can one argue with those powerful eyes regardless of their color.  Powell was a dignified Christ, but one who had anger within Him, one who felt the Betrayal of Judas, one who felt the Agony, and one who commanded respect.  He had presence, and no matter how far I go in seeing all the interpretations of Christ, for me, Powell IS the man whom I think of when I am asked to picture what Christ looks like.

However, while I think Robert Powell probably gave the performance most identified with Jesus of Nazareth, to me there is one performance that is a personal favorite, which is why I made it my Number One Choice.

The television film Jesus might not be high on people's list of Christ stories (I still would say that Jesus of Nazareth is the better production overall).  I did like it myself, and the chief reason is because of Sisto.  His take on the Lord was I think the best because Sisto and Jesus are to my mind the only productions to balance Christ's Divinity with Christ's Humanity.  Sisto's Christ was one who laughed, who danced with joy at weddings, who liked to tease the Apostles, and who did truly weep.

Sisto's Jesus was one that I felt I could relate to.  He wasn't some aloof, remote figure looking down on me.  Instead, this Jesus was one whom I could be friends with...and still love me anyway.  I do wish both Jeremy Sisto's performance as Christ and Jesus itself were more remembered, for both were quite good.

As for Diogo Morgado, well, for the moment I can't say where he will rank in the pantheon of Christs (that sounds blasphemous).  Will his career meet a curse?  I don't know.  What I do know is that for those who take on the role of Our Lord and Savior, one must tread lightly in walking in His shoes... That's all very good...but I think I'll stick with the Original Son of God.