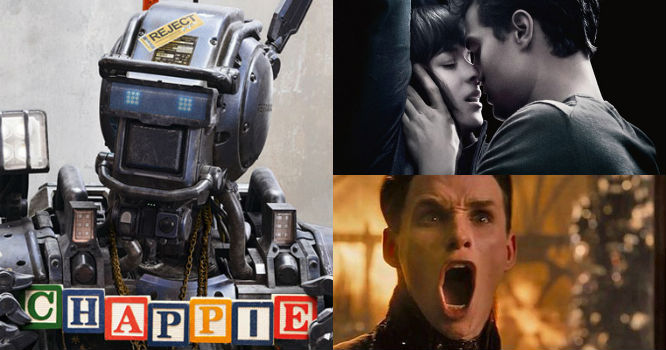 Now that we've covered the Best of 2015, have to tackle the Worst of 2015.  Yes, we had some really awful films this year, though I don't think anything quite as horrifying as The Big Wedding or The Hangover Part II.  Not that some of these films didn't try to top their particular brand of awfulness.  Still, every year we find that there are some simply dreadful films that should have been rethought or even just not released.


Self/less is a surprisingly good idea for a movie. What would happen if we were able to outwit death and gain some kind of immortality, a chance to start again?  It also isn't as if Ryan Reynolds can't act (he certainly can).  However, what killed Self/less was that it devolved from a potentially good science-fiction film into a pretty bland, generic action film (and not a particularly good one).  It just seems that Ryan Reynolds keeps popping in to Worst of The Year Lists almost every year (2015, 2013, 2012, 2011)  and I think it has to do with the idea that he is an action star versus an actor.  Reynolds really should just not accept roles that require him to blow things up.

The Boy Next Door has exactly two positives: Jennifer Lopez's body and Ryan Guzman's body.  Everything else stinks.  It could have been good trashy fun, the type of film you can laugh at while watching it on Lifetime.  However, Lopez saw The Boy Next Door as some sort of intelligent thriller, on par with Hitchcock, instead of a camp film.  This is what doomed it when other films in the same vein (The Perfect Guy for example) handled things better.  Already ludicrous from the get-go, The Boy Next Door grows in oddball insanity until it becomes too preposterous even for the remarkably dimwitted characters.  Not quite on the 'so bad it's good' level (though it comes close), if one does watch it, it be better to skip over to the Lopez/Guzman sex scene to see the film's best qualities.

Oh, there's no doubt that Fantastic Four is so wildly miscalculated, a case of far too many cooks in the kitchen.  Director Josh Trank does bear much responsibility for having no coherent vision, but the studio also bears responsibility for trying to slam too many elements into one ball of nonsense.  Was it gritty and dark, was it fun action?  No one knows.  Despite the fact that the cast is on the whole made up of good actors, somehow I would argue that they were all far too young (or young-looking) to play the parts (Fantastic Babies is what one of my coworkers called it).  Too many people were trying to make Fantastic Four into too many things, and the resulting mess is what made it crash big time, making it a permanent embarrassment to everyone concerned.  However, the fact that I found other films I thought worse than Fantastic Four says more about them than about it.

I know many people who loved SPECTRE and think it a great Bond film.  I thought it boring, nonsensical, and dour.  In other words, a typical Daniel Craig-era Bond film.  With the exception of Casino Royale I have not like any Daniel Craig Bond film.  Part of it is him: he is too morose, too self-important, too damn serious to capture what Bond should be: someone who actually enjoys his romps.  He always looks like sex is anathema to him, as if sleeping with a beautiful woman is torture.  SPECTRE, however, simply does not make sense: Bond doesn't remember Blofeld, whom if the story is believed, he grew up with?  Blofeld manages to survive a massive explosion that would have killed anyone else?  I appreciate Christoph Waltz's decision to be as camp as possible, but SPECTRE is just so bad.  Oh, I think Quantum of Solace and Skyfall are bad too, but at least the latter had Adele's beautiful voice to sell her crappy Bond theme.  The Writing's on the Wall ain't no Skyfall.

Pan, I understand it, is meant for children.  If that's the case, then the people behind it have never met any actual children.  It jumbled, chaotic, really nonsensical (why is Captain Blackbeard singing Blitzkrieg Bop before attempting to execute Peter Pan) and worse of all, unimaginative (Captain Hook and Peter started out as friends...boring).With the exception of Peter Pan himself (Levi Miller) everyone in this turkey of a monstrosity was doing some sort of pantomime performance, though to be fair Garrett Hedlund looked like he was auditioning for the Han Solo prequel throughout the film.  Pan has the most apt title for a film this year.

It's a good think Julianne Moore was a lock for Best Actress, otherwise she might have found her chances almost derailed by Seventh Son.  A failed franchise starter that came and went in the blink of an eye, Seventh Son was excessively busy, with a rushed story and dreadful performances by Moore, Jeff Bridges (who looks like he's given up after his Oscar win), and Ben Barnes, someone who I don't think can actually act.  Bless him for being 34 and still looking like a teenager, but Barnes shows again and again that he cannot act, and this is the second franchise Barnes has managed to kill off thanks to his lousy performance (The Chronicles of Narnia being the first). We'll never see another Seventh Son film, so that's a plus.

Chappie as a film constantly dares you to make fun of it, and make fun of its whole premise.  A big part of that problem comes from the main character himself.  He's suppose to be this innocent, sweet machine, but instead he comes across as annoying and an idiot to boot. Chappie's voice in particular makes him sound more clueless than endearing.  Hugh Jackman, making a second appearance on our list, notches it up to 111 with his wild performance, and the story really doesn't hold up.  Too repetitive of District 9, Chappie also makes the simply astonishing decision to make our naïve and innocent robot into something of a gangsta parody.  You can't take a robot seriously if he's dressed up in bling.   IF it had been a comedy, a spoof of science-fiction films...no, it still would have been bad.

So, Eddie Redmayne is this generation's Peter O'Toole (at least in Eddie Redmayne's mind).  Well, O'Toole did have Supergirl, but at least it came at the end of his career when he would take a role if the money was good.  What Redmayne's excuse?  Jupiter Ascending came close to derailing Redmayne's carefully calculated Oscar campaign (and to be fair, The Theory of Everything was nothing BUT a carefully calculated Oscar campaign by and for  Redmayne).  Fortunately, 'illness always wins', and his cold, mannered, mechanical Steven Hawking impersonation convinced Academy voters that Redmayne was this acting miracle (one that a fan insisted 'transcended screen acting',  leading to howls of laughter from myself and my friend Fidel Gomez, Jr.).  Jupiter Ascending was a sheer mess: unintelligible, overblown, and laughably acted (with Redmayne giving a performance I think closer to his actual ability versus his effective impersonation).   When the BEST performance comes from professional stripper Channing Tatum...

Tomorrowland is the worst film of this year, and maybe of last year AND next year too  Ugly, creepy at times (a vague suggestion that a man in his fifties was in love with a robot who looked like she was 12), it was simultaneously sleep-inducing and nauseating.  Worse, it had the nerve to throw in some faux-environmental message into what was promoted as a family film.  I don't know many families who want to see a movie where a child is run down (even if it IS a robot). I HATED this film, which put me to sleep and STILL went on and on.  It's become a byword in the family for 'terrible film', and it was so bad it almost made me NOT want to go to Tomorrowland itself.