The 38th Academy Awards continues its love affair with musical adaptations, only this time the eventual Best Picture's main competition isn't another musical, but a romance adapted from a Nobel Prize-winning author's suppressed text.

Doctor Zhivago the book had to be smuggled out of Mother Russia due to its harsh view of the Russian Revolution.  It wasn't an easy feat to make Boris Pasternak's epic poem into a film, particularly in Fascist Spain.   Give David Lean credit: he fashioned an epic love story set in the Soviet Union working under the watchful eye of Franco's minions.  Pity Doctor Zhivago always puts me to sleep.  Doctor Zhivago would be the last major film of Lean's career, his output slowed to a mere trickle after the critical failure of Zhivago.   However, things aren't so rosy for your song-and-dance extravaganzas either.  After a long success in the genre, Oscar would lose his taste for musicals.  Following The Sound of Music, only two musicals would go on to win Best Picture, and there would be a gap of 34 years between wins.

The Ballad of Cat Ballou is pleasant, and I love Nat King Cole as much as anyone, but let's face it: only two of these songs have stood the test of time.  The Sandpiper is pretty much a forgotten film, one of the many Elizabeth Taylor/Richard Burton collaborations.  The Shadow of Your Smile, however, is not: a tender love ballad that still evokes an emotional reaction of a lover who is gone.  I think it is one of the best songs to win Best Original Song.

That being said, my heart tells me another song should be the winner if I had the choice.

Lord help me but I can't help think Beach Blanket Bingo is one of the best songs from the Beach films.  You know when you hear it, that evokes sun, surf, frolics, the joys of innocent teen love.  The films may have been goofy, even camp in their time.  However, there's just a terrible sweetness and unapologetic sense of fun in them, and Beach Blanket Bingo is an excellent example of the romps all the Beach films were.  You can't help but feel happy listening to it, and it certainly is better remembered than The Sweetheart Tree.

I am simply not a fan of Doctor Zhivago.  Don't get me wrong: there are good things IN Doctor Zhivago, in particular Maurice Jarre's score.  I'll NEVER argue against the music, particularly Lara's Theme, one of the most beautiful themes in film history.  It almost makes you forget that Lara was Yuri Zhivago's MISTRESS!  I understand Jarre was having a hard time writing the music, so Lean told him to go to the mountains with his then-girlfriend and write music for Her.  From that sprang Lara's Theme.

For myself, I have to side with Wise for his very long adaptation of Rodger & Hammerstein's final collaboration.

Martin Ritt: The Spy Who Came in From the Cold
Mark Robson: Von Ryan's Express
Hiroshi Teshigahara: The Woman in the Dunes
Robert Wise: The Sound of Music
William Wyler: The Collector

The Man Who Came in From the Cold is not quite a spy film, not quite an anti-spy film.  It is, from my memory, a great film, and why Ritt was overlooked for Best Director is a puzzle to me. 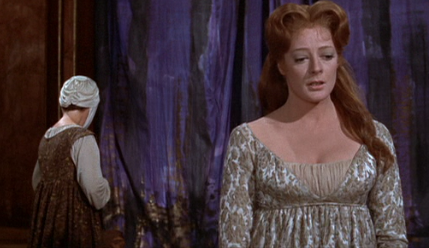 Once again we see that when two performers from the same film are nominated in the same category, more often than not they cancel each other out.  Whether that cost either Joyce Redman or Maggie Smith the Oscar to Shelley Winters I cannot say.  I can say that having seen Othello, I was left much impressed with Smith's turn as the tragic Desdemona, unfairly accused of adultery.  As for Wood, well, I never quite got the love she go from the Academy for her performance... 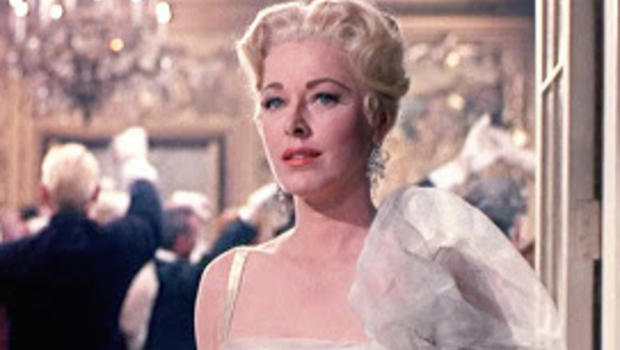 ...Particularly when you have Eleanor Parker as the 'villainess' Baroness.  It's curious that despite her three Oscar nominations, it is this small role as the elegant but ultimately unsuitable woman for Captain von Trapp that she is best remembered.  I well remember The Sound of Music Sing-Along I went to, when one of the instructions was to 'hiss at the Baroness' whenever she appeared.  Parker was simply outstanding as the Baroness, elegant, sophisticated, but underneath cold.  We all see that Maria was clearly the better choice. 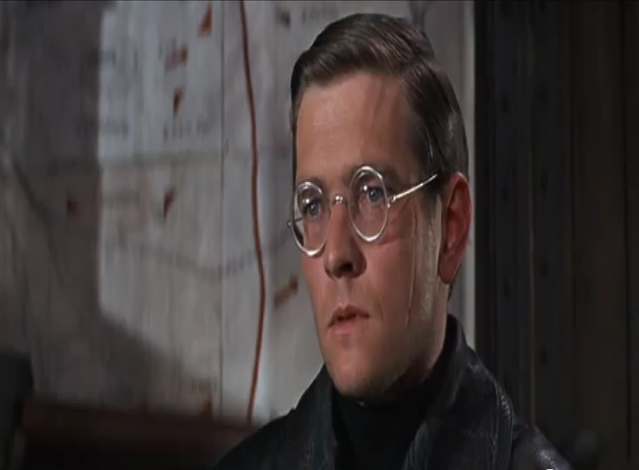 Out of the nominees, I struggled between Finlay's evil Iago and Courtenay's idealist-turned-murderous Pasha/Strelnikov.  Finlay, whom I understand is one of the longest 'supporting' performances ever nominated, was excellent as the evil force driving Othello mad with jealousy and false suspicions.  That being said, I think Courtenay had a harder task: to go from the idealistic and passionate Pasha, a virgin unaware that his beloved Lara was, shall we say, not, to the Stalin-like Strelnikov, a figure of cold-hearted cruelty.  His evolution was so believable that I have to go with him.

Despite a very strong showing by the never-nominated (!) Edward G. Robinson, I'm sticking with Courtenay. What if I don't want my Maria problem solved?  I think that the fact that Andrews had won the year previous, and that Darling was more 'contemporary', and that Julie Christie was the "It" Girl at the time, all contributed to Christie winning.  I'm not saying she didn't deserve it, or that she is not a good actress.  I am saying that Andrews' turn as Maria is better remembered than Christie's turn in Darling.  Come to think of it, Darling isn't that well-remembered either.

Julie Andrews: The Sound of Music
Claire Bloom: The Spy Who Came in From the Cold
Julie Christie: Doctor Zhivago
Simone Signoret: Ship of Fools
Natalie Wood: Inside Daisy Clover

Of course, the negative of Andrews' role in The Sound of Music is that for better or worse, it essentially typecast her as this sweet ingénue, the only person in Hollywood who could out-virgin Doris Day.  I think she longed to be seen as a serious, dramatic actress, not this goody-two-shoes her two earliest roles painted her as.  This is why, after a career lull, she went on to play a woman playing a man playing a woman in Victor/Victoria, and most notoriously of all, of appearing topless in S.O.B. 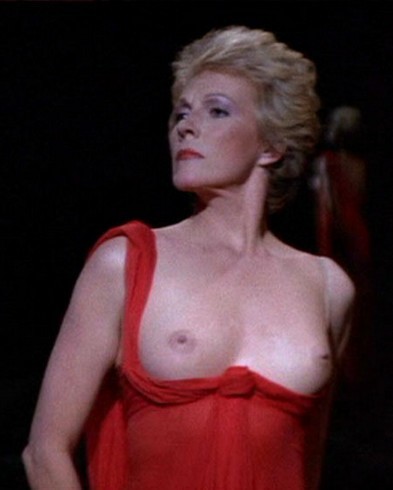 Again, whether it  was a good decision to do this or not I leave up to Dame Julie, but for my part, I still struggle with the idea of Mary Poppins popping out, or is it Maria von Tramp?  Sure, they're real...and they're spectacular, but nowadays, when actresses are asked to bare their breasts (and other body parts) on a regular basis, I can only wonder whether in retrospect, she could have found a better way to outgrow her innocent image. 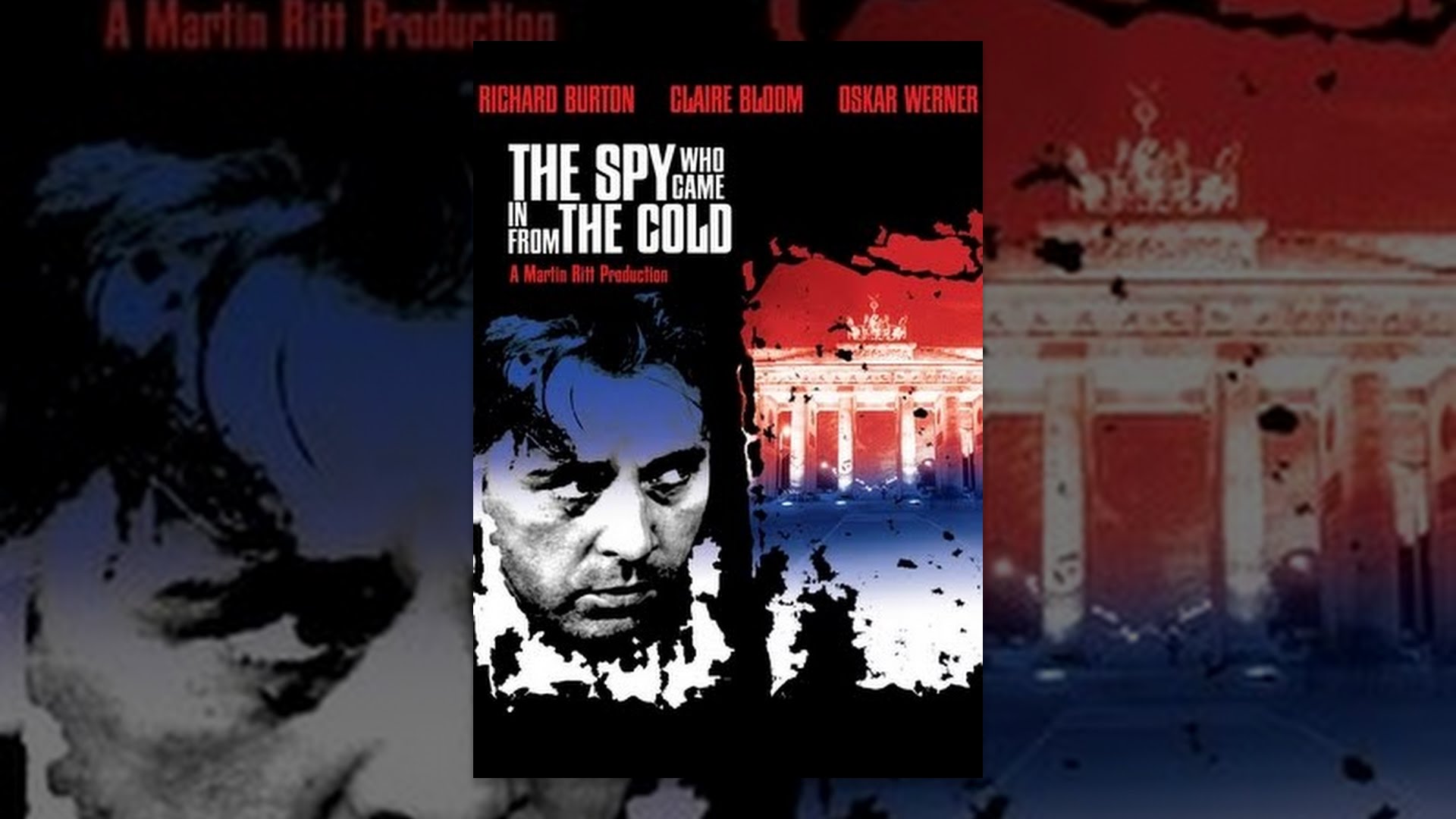 I figure out of all the losses Richard Burton faced in his career (seven in total), this was the hardest one to take.  Of all the people he'd end up losing to, the idea that he lost to Lee Marvin's broad comic turn in Cat Ballou must have been especially painful given Burton's extremely strong dramatic turn in The Spy Who Came in From the Cold.  Perhaps Marvin won because, while known primarily as a tough guy, Marvin played against type as the comic drunk (and was essentially in a dual role).  People still remember Lee Marvin for his tough guy roles, and I'll bet you that few of his fans would remember Cat Ballou (though they probably remember Paint Your Wagon with embarrassment...although as Lisa Simpson said, "Lee Marvin's so dreamy...").

For me, it is astounding that the Academy opted to reward a comic performance, but this was the wrong comic performance in the wrong year.  It screwed Burton out of an Oscar, and sadly, he would have fewer and fewer chances of recognition.

Richard Burton: The Spy Who Came in From the Cold
Charlton Heston: The Agony & The Ecstasy
Steve McQueen: The Cincinnati Kid
Omar Sharif: Doctor Zhivago
Rod Steiger: The Pawnbroker

For me, it is even more astonishing that Omar Sharif was NOT nominated for perhaps his most legendary performance.  He didn't set out to be Yuri Zhivago, doctor and poet torn between a good wife and a good mistress.  He thought he might play the part taken by Tom Courtenay, but I think Lean was right to cast him as the lovelorn Russian.  Sharif's greatest task was to convey love, passion, and deep romance without using words, and whatever the flaws in Doctor Zhivago (a film that I might reconsider if time permits), his performance here is perhaps his best performance, on equal with Lawrence of Arabia.

It's not like we have an impossible slate to choose from.  Darling, Ship of Fools, and A Thousand Clowns might be remade without my objecting to that (versus the mass hysteria of remaking certified classics like this year's remakes of The Magnificent Seven, Ghostbusters, and of all things, Ben-Hur).  We're left with two choices: the large, and very, very LONG...L-O-N-G Doctor Zhivago or the still long but not as long The Sound of Music.  I think it's a safe choice which one I'd go for, and the safe choice in a slate of safe choices the Academy did choose.

The Sound of Music, though, is an excellent film, worthy of the win, thus I call it as the Best Picture of 1965. 
HATE the movie, but the SCORE...perhaps the most beautiful music ever written for film.