Gotham: A Legion of Horribles Review 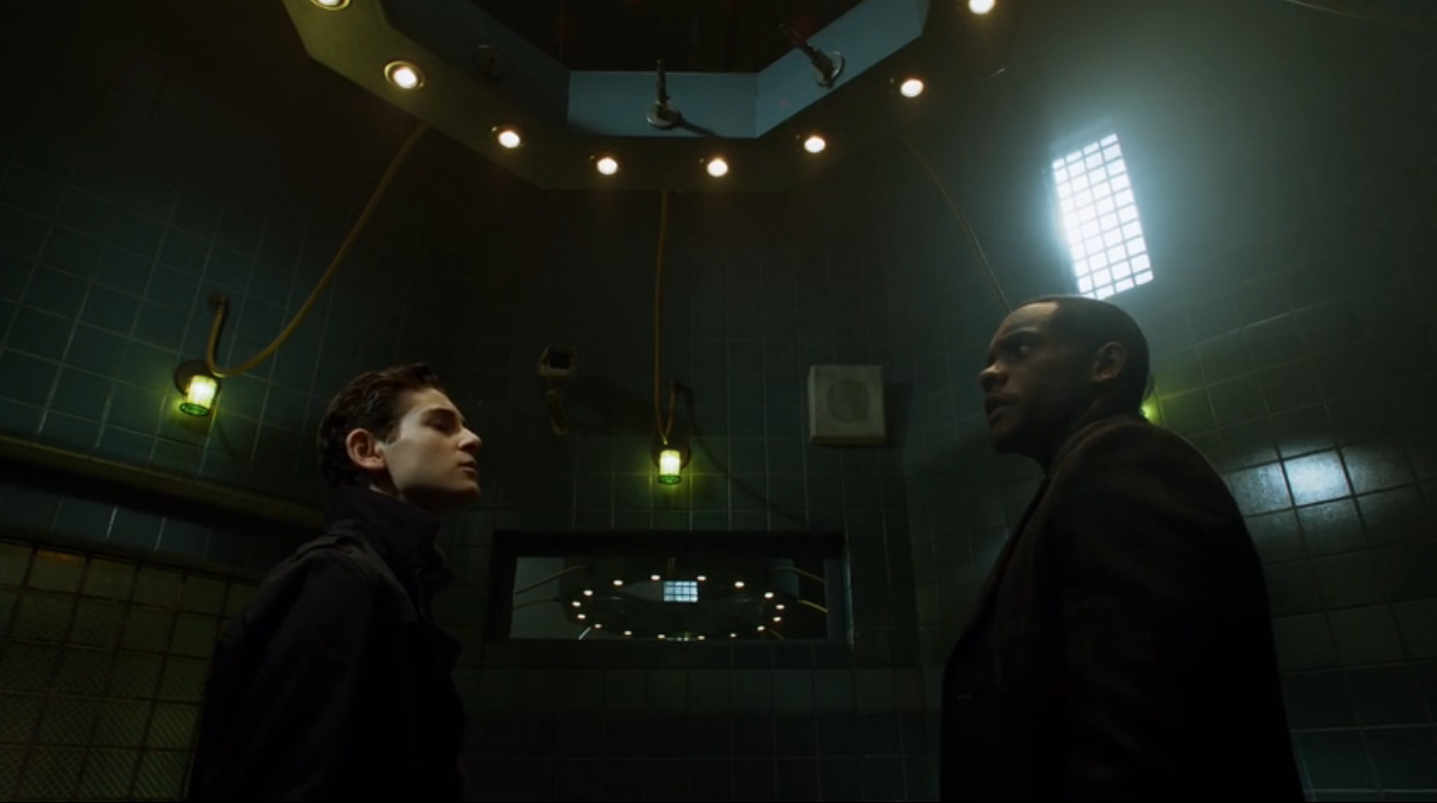 GOTHAM: A LEGION OF HORRIBLES

As we close out Gotham Season Two, I find that it is ending on a high note, managing to integrate future Batman villains large and small in an incredible and moreover, logical way.  A Legion of Horribles brings more of the crazy Gotham madness, gives us some really nerve-wracking moments, and sets up what one hopes will be a fantastic season finale.

Selina Kyle (Camren Bicondova) manages to escape the fires of her friend Bridgit, now known as 'Firefly' (Michelle Veintimilla), thanks to her cat-like reflexes.  She begs Bridgit to come back to her senses, but she's too much under the sway of the mad scientist Hugo Strange (B.D. Wong) to see.  As time goes on however, bits of her past start jumping at her.  Ultimately, Selina is able to save herself by convincing Firefly that since she is 'a goddess of fire', every goddess needs a servant.  Selina offers to be that servant, and Firefly agrees.

Good thing too, since Selina's on-off friend who is a boy, Bruce Wayne (David Mazouz) feels terrible about her being trapped inside Arkham.  He comes up with a wild scheme to get into Arkham and break Selina out: he will ask for a tour of the asylum under the cover of seeing how Wayne Foundation funds are being used.  He will take technology whiz Lucius Fox (Chris Chalk) with him.  Fox will use a device that will trace particles that remain in the air required to bring back the dead.  They'll also bring Jim Gordon (Ben McKenzie) secretly, so that he can find the secret lab and get Selina out.

All this inadvertently plays into Strange's hands.  His employers are convinced Strange is losing control of the situation and contact him via satellite.  Strange's main contact is a woman wearing an owl-like mask who comes online in a distorted visual and voice, and he's ordered to shut down Indian Hill immediately.  He appears to agree, but he is determined to save his experiments, especially since they are turning out so well.

One of them is able to stretch his skin, almost as if it were clay.  Another one, Test 13, has been revived, but unlike the others, she has full memories of who she is.

THE FISH IS BACK!

Fish Mooney (Jada Pinkett Smith) has not just been revived, but has all her memories intact, a first.  Things are finally going Strange's way, but Fish proves just as difficult to Strange as she did to everyone: pushy and arrogant, she wants out immediately.

I figure Wayne, Fox, and Gordon want the same, for despite their best-laid plans, Strange was fully aware of what they were up to.  Taking them prisoner, he puts Wayne and Fox in a gas chamber where they are taunted by their Inquisitor: none other than Edward Nygma (Cory Michael Smith), who now is useful to Strange.  He mocks Wayne (calling him 'Turtleneck', which in fairness to the Riddler is accurate, given Wayne's penchant for them) and tells them he will gas them unless they can answer his questions.

As for Gordon, Strange holds him prisoner too, and with a new device of his, uses the patient with stretchy skin to become Gordon's doppelganger.  Mooney starts plotting her escape, as do Bridgit and Selina, and this as acting Captain Harvey Bullock (Donal Logue) is about to finally raid Arkham.

A Legion of Horribles is not afraid to go all-crazy, but it also manages to sneak in moments of actual comedy, a remarkable feat given the darkness of Gotham.  We see that bit of humor thanks to Logue, who is fast-becoming one of the best performers in Gotham.  At his press conference attempting to explain what happened at Wayne Manor, his clear uncomfortableness and difficulty attempting to make all this sound rational is funny without being broad or silly.

Logue is not just a standout, but about the only character who can be used to lighten the mood.  Everyone else has to be pretty straightforward in their seriousness, so it's nice that Bullock, through Logue, has become the de facto comic relief.  He isn't there for laughs, but his somewhat sarcastic, everyman manner (he refers to himself as 'a middle-aged chubby Irishman') allows for whatever lightness in this dark world to enter.

This is so valuable given how just about everyone on Gotham is either extremely serious or downright bonkers, depending on what side of the law you're in.  Bridgit, Strange, Nygma, and Mooney are downright crazy.  Gordon, Fox, Wayne, Sean Pertwee's Alfred are very serious.  Selina Kyle, being both villain and heroine, is about the only one allowed to be sane, even a little sarcastic, more Bullock than Gordon or Bridgit.

Again, I don't think there was a bad performance throughout A Legion of Horribles, and I would put Bicondova at the top of the list.  She brought the terror and heartbreak of seeing her friend turned into this beast to life, and showed a surprising vulnerability behind her jaded exterior.  At one point, when she's gained Bridgit's confidence, she states with hope that 'her friend' will get them out.  It's nice to see that despite herself, she has faith in young Master Bruce.

Mazouz too continues to really bring Bruce Wayne to life.  It's worth remembering that he isn't Batman.  He's still Bruce Wayne, struggling to become the future Dark Knight.  He still has some of young Bruce's naïve nature, but he is growing in his ideas about justice and taking a stand.  Veintimilla is also a standout in her guest starring role of Firefly, the way she uses her voice to bring both menace and even a touch of sadness to her role.

The adults too were excellent.  McKenzie's Gordon still has pretty much one speed (serious), but that's what the role asks for.  CMS again delves with glee into Nygma's murderous side, and manages a strong moment of cowardice and terror when he's locked up with a cannibal as punishment for trying to escape.  Wong continues to maintain Strange's coolness under pressure and confidence in playing three people, though slight cracks appear whenever he faces the representative of the Court.

As for JPS, some fans love that Fish is back, some are appalled.  She was always a divisive character.  I personally never hated Smith's camp portrayal because Fish Mooney was always a little camp. She was also necessary for The Penguin's origin story, an original character needed to introduce the Waddler into Gotham.  I don't think it's horrible that she's back, and JPS slips easily back into her role.

I'm of the view that so long as her role is limited (which is something I think Smith herself wants) and used sparingly, I could get along with that.  Besides, how can you resist such a welcome.

"My name's Fish Mooney...bitch!"  Bet you Hugo Strange has never been called THAT before!

Her reappearance is certainly possible, especially since she has some sort of metaphysical power: touching someone makes them vulnerable to her commands.  Who knows whether the Queen of Gotham will make a comeback as a proper, original villainess.

On the whole, A Legion of Horribles manages to make things Batman-crazy, always a good thing.  It has moments of humor, of heart, and of sheer total cuckoo-bonkers lunacy.  Well-acted, well-written, well-filmed, if this had been the season finale, we would have been satisfied.  One more episode to go before we conclude a very successful season.