The Case For Christ: A Review 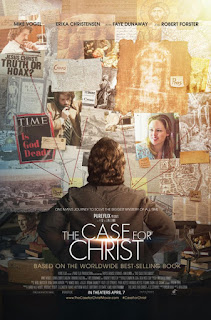 THE CASE FOR CHRIST

I should start off my review for The Case For Christ by admitting a few things.  First, I am an evangelical Christian (one who at times needs A LOT of work on that).  Second, I've read the book The Case for Christ, the exploration of various objections to the truth of Christianity and answers to them.  Third, I've met the subject of the film, Lee Strobel, though that meeting was inauspicious: he just smiled, signed my book, and didn't converse with me as he did with others. Fourth and last, I saw The Case for Christ at a special screening arranged by the church I attend.

I mention all this because I want to be clear that while I am a Christian (though extremely flawed and sometimes lacking in many respects), I am and have always been an 'art before theology' critic.  A film with a Christian bent will not get an automatic pass from me.  I've been highly critical of other Christian films when I felt they were clumsy efforts that would not work for either a secular or faith-based audience.

With all that being said, The Case for Christ is another step forward for Christian-themed films, one that balances evidence for the truth of Christianity with one man's internal and external struggles with life in general.

Lee Strobel (Mike Vogel) and his wife Leslie (Erika Christensen) are pretty happy in their lives: she a housewife and Lee an investigative reporter for the Chicago Tribune.  With a daughter and another child on the way, they seem happy, until their daughter nearly chokes to death at a pizza joint.  Fortunately, a nurse, Alfie Davis (L. Scott Caldwell), is there to save her.  Lee and Leslie are grateful, but they get a strange response from Alfie.  She tells them not to thank her, but thank Jesus.  Alfie and her husband had planned to go to another restaurant, but she sensed that God wanted her to go to the one they were at instead.

For the Strobels, who are atheists, this news is surprising.  Lee dismisses it as mere coincidence, happy as it may have been.  Leslie, though, is shaken up by this experience and begins to question her atheism.  She reaches out to Alfie and soon starts attending her church (a converted theater of all things), to seek out her answers.

Over time, Leslie embraces Christianity as the truth, which appalls Lee.  He figures she's about to join a cult of some kind and deals with his wife's growing faith with sarcasm, cynicism, and alcohol.  Thank goodness Lee has his career to ground him, in particular a police shooting he's investigating.  He also has a mentor who is a fellow atheist, but a coworker who is a Christian.  Lee, now conflicted about how to deal with his wife's faith, decides the best thing to do is simply disprove the reality of Christianity, in particular the Resurrection.

No Resurrection, No Christianity.

Sure, easy as that for an investigative reporter in 1980 to bring down the whole of Christianity which has stood for a mere 2000 years.  Easy as pie. 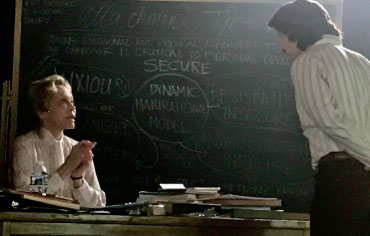 Strobel now does a dual investigation: that of the police shooting and the Case Against Christ.  Leslie eventually is baptized, but the strain in their marriage continues.  There'd be more if Leslie knew what Lee was up to, as he travels the country, seeking out historians, psychologists, and medical experts to question the various aspects of Christianity, especially the central doctrine of The Resurrection.

He speaks to historians who show him that while, for example, the Gospels mention different women at the Tomb on Easter morning, each Gospel mentions that it was women who found the Tomb was empty.  For a Judaic society that did not value the testimony of women, the fact they all mention women as being the first witnesses is completely at odds with the idea of 'reliable witnesses'.  Strobel is also reminded that often in court cases, witnesses to a particular event will not always have the exact same story and that when they do all agree on every detail, there is the suspicion of conspiracy.

One of those Strobel seeks is Dr. Roberta Waters (Faye Dunaway in essentially a cameo, but a welcome presence nonetheless).  Unlike the others he interviews, she is agnostic, but being a fellow traveler is no help for Strobel.  Waters dismisses the idea of mass hallucination among the 500 people who saw Christ post-Resurrection, saying that the idea that such a large group could be mesmerized to hold the same dream would be a greater miracle than the Resurrection itself.  She also hits a nerve with Strobel, pointing out that many of the great skeptics and atheists (Freud, Sartre), suffered from what she calls a "Father Wound": a distant relationship with their fathers.

Lee Strobel has his own 'father wound', being openly hostile when his father, Walter (Robert Forster in another cameo) visits his new grandson.  That wound might never heal, as Walter dies while Lee is in California learning that the Gospel accounts of the Crucifixion not only are sound but make the idea that Christ survived the Resurrection (that He merely fainted and was revived or the Swoon Theory) is at odds with how Roman crucifixions worked.

Lee, struggling with his own father issues, breaks down when he sees that the remote, distant father he's come to hate carried a clipping announcing Lee's hiring at the Tribune in his wallet, and kept a detailed scrapbook of all of Lee's articles, starting from when he was a child.

After two years of investigating, of attempting to find holes in Christianity, he not only finds a dead end, but finds that the evidence has convinced him of the truth of Gospel.  Just like C.S. Lewis (the 20th Century's greatest apologist in my view), Lee Strobel ends as a convert to the faith of Jesus Christ (though perhaps not as dejected as Lewis). 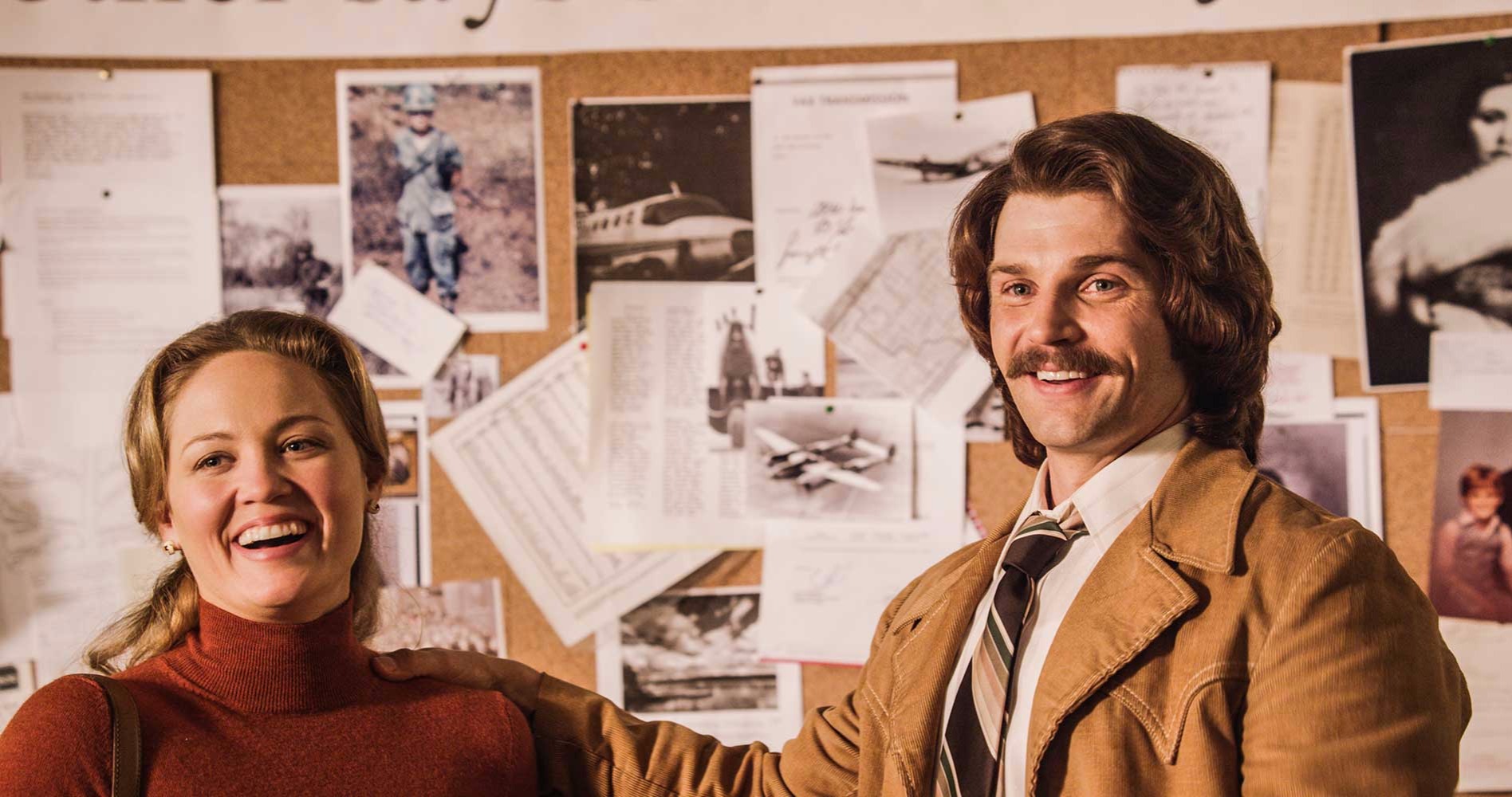 Among the highpoints of The Case for Christ is that it does not bog itself down to being a sermon or dismissive of either a pro/anti-Christianity worldview.  Screenwriter Brian Bird had a hard task in that the actual book The Case for Christ is not a biography but the results of Strobel's investigation.  As such, he had to mix what Strobel found with the Strobels' story, and he did this well.  If you take away the end result (a book that has influenced people to become Christians in the same vein as Lewis' Mere Christianity), you have both a domestic drama of a marriage facing a curious crisis as well as a subplot of Strobel's investigation into the cop shooting, an investigation that takes an unexpected turn when he reexamines the evidence.

The two investigations come together when he finds that his original conclusion was wrong. When going to the wrongfully imprisoned man at the hospital to tell him he was wrong, he tells Strobel that it wasn't that he couldn't see the evidence, it that he didn't want to see it.

The duality of this statement hits Strobel hard.

Bird and director Joe Gunn were also wise in how they portrayed the Strobels pre-conversion.  Unlike other Christian-based films where atheists are downright monstrous, these atheists are actually very nice people, loving towards each other, caring parents and partners, not perfect, but regular people.  The Christians in the film are also not perfect, and in that respect The Case for Christ does wonders in showing people of faith and non-faith as human.

As a digression, Hollywood would be wise to follow this film's lead and not portray Christians, particularly evangelicals, as uneducated, bigoted, or psychotic.

Mike Vogel gave an extremely rich and moving performance as Lee Strobel (even if he was saddled with a fright wig and mustache that were almost comical in their 'it's still the 1970s' look: a scene of him using hairspray caused laughter).  I remember Vogel from Bates Motel as the hot-but-sleazy Deputy, and it's good to see that he has really moved beyond into giving a performance that shows a flawed but loving man, curious about the world but still with deep hurt.  His scene at seeing how proud his father was of him is extremely heartbreaking.

Christensen, an actress we don't see often on film, also does well as Leslie.  In her sincerity, in her questioning, and in her love for Lee, Christensen is strong, and she makes Leslie strong too (for example, she isn't a demure little wife: when he shows up drunk, she lets him know she'll have none of it).

It is a shame though to not have Dunaway or Forster work together, or have them have one scene in the film.  Still, they do make the most of their small screen time. 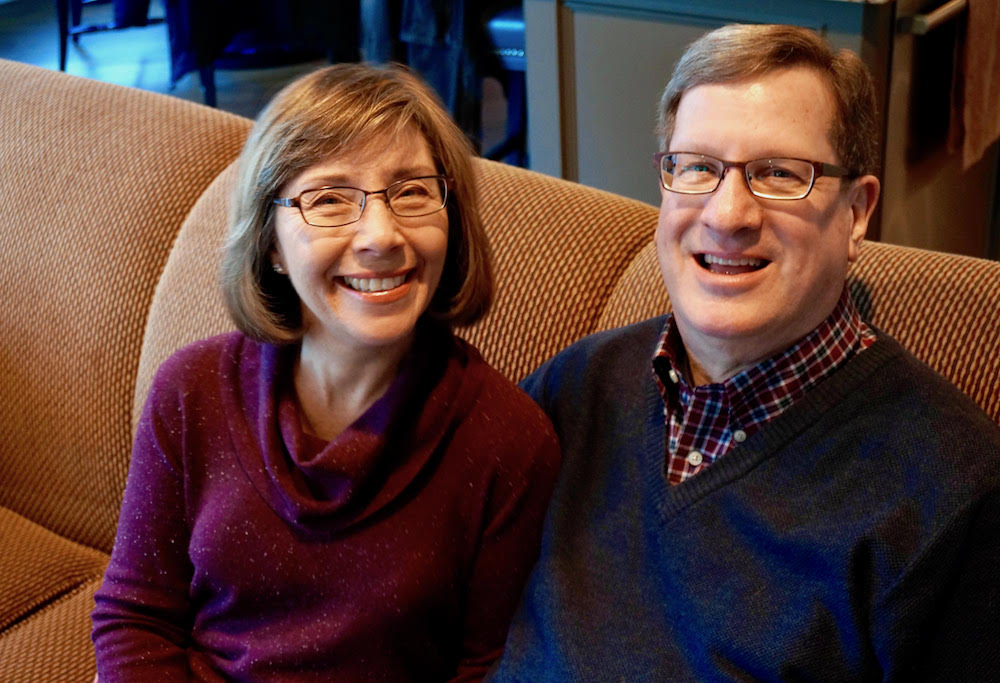