As Bates Motel winds down to its conclusion, I find my enthusiasm flagging.  Inseparable, from what I see, is my lowest-rated episode.  It's not to be thought of as the worst episode in the whole of Bates Motel: we had some standout work by Freddie Highmore, coming fully out of Vera Farmiga's shadow, and one truly shocking and understated twist.  However, I find myself not really caring much on what happens, particularly when we got started.

Sam Loomis (Austin Nichols) has been murdered in the Bates Motel shower by Norman Bates (Highmore).  Enter "Mother" (Farmiga), that deranged product of Norman's completely insane imagination, helping him get rid of Sam's body.  They find that their usual body-dumping site, a lake, is being overrun with police, who have found at least one body (that being of Jim Blackwell, who was sent by Norma's widower Romero to kill Norman).  They manage to find another dumping spot, but Norman is beginning to panic.

His panic about Blackwell (and maybe others) grows when Sheriff Greene (Brooke Smith) comes a calling.  She just comes to tell him that Jim won't be bothering him, but he suspects that Greene will put two and two together.  It's time for Norman to have essentially a total break from reality: he takes Norma's body from the freezer at the house and buries it, but he also knows that "Mother" is with him.

Someone who makes a return appearance in Norman's life is his half-brother/uncle, Dylan (Max Thieriot).  Already angry about not being told of Norma's death (and flat-out refusing to believe it was a suicide), he goes back to Bates to not just find out the truth but try and help Norman.  He finds that Norman has been off his meds for well over a year at least.  In an effort to help, he goes to the pharmacy to try and have it refilled.

This is where we get the real shocking twist: Dr. Edwards, Norman's psychiatrist, hasn't filled the prescriptions because he has been missing for a year!  Given that we 'saw' a run-in between Dr. Edwards and Norman two episodes ago, the discovery of Dr. Edwards' apparent end now makes us wonder whether anything we've seen of late is real or part of Norman's highly diseased mind.

Dylan also meets Madeleine Loomis (Isabelle McNally), who comes to the motel to see if Norman has seen Sam, who has disappeared.  Dylan's fears are now full-blown, and at the nice dinner Norman has prepared, Dylan calmly tells his brother that Norman is ill and needs help.  He all but begs Norman to take at least one pill that Dylan had filled to prove he is back on.  At this time, Norman is simply not himself or anyone: Norman essentially channels Norma, telling Dylan that he loves him, but that there is room for only one son.  With that, he whacks Dylan with a glass bottle, and all Hell breaks loose.  "Norma" lunges at Dylan with a butcher knife, but "Norman" grabs her in a desperate effort to save a stunned and disbelieving Dylan.  From Dylan's perspective, we see Norman literally struggling with himself, Norman obviously seeing something that isn't there.

After 'Norman' wins the fight, he does what he has always wanted to do: he calls the police to inform them that he, Norman Bates, has murdered Sam Loomis.

Oh, and Sheriff Romero (Nestor Carbonell) is still recovering from his gunshot wound and plotting revenge against Norman Bates.

Perhaps one reason why Inseparable is my least favorite (though still good) Bates Motel episode is that the show still wants to have it both ways.  On the one hand, it trumpets how they are not going to be slaves to the Alfred Hitchcock film by sticking with the story the movie had.  On the other, the opening shot of a shocked/dead Sam Loomis is an exact replica of Janet Leigh's shot after her character was killed in Psycho.  I don't get how one can say 'we're going for something different' and copy the source material at the same time.

There's a difference between nodding to the original and straight-up copying it, which I don't mind.  I do mind when you say 'we're going to be different' and then go for the same.

I also had pretty much forgotten the Romero subplot (which I still wasn't sold on: the idea that after getting this massive blast, Romero would still be strong enough to go hours and miles before calling the ambulance to get some surreptitious help and then hole up in a friend's house to recover).

The big news here is the revelation that Dr. Edwards, far from helping Norman in an impromptu session, is actually missing (and we figure, not just merely dead but most sincerely dead).  I think it would be wildly out of left field if the good doctor just happened to die, but why would and how did Norman murder him?

Did Dr. Edwards, an openly gay man, spot 'Norma' at the White Horse Bar?  Did Dr. Edwards try to help Norman see that he was trying to be his own mother (and Norman/Norma kill him over that)?  Did the good doctor even try and take advantage of things by 'picking up' Norma only to be killed when 'Norma/Norman' figure things out?

Maybe it isn't as exotic as all that: perhaps Dr. Edwards merely trigger something in a session that got him killed later on (it's highly unlikely that if Edwards had disappeared, the police wouldn't have looked at his list of patients as potential suspects).  We're going to need a very good reason why the audience was misled in such a dramatic way.

If we look at Inseparable in terms of acting, you are going to have to wonder how Freddie Highmore won't get an Emmy nomination for his simply fantastic work on Bates Motel (he probably won't: the show has been consistently ignored over such beloved things as Game of Thrones or House of Cards.  Maybe if it were called Motel of Bates...)  This particular episode had Highmore do more than just Norman Bates (though he did that incredibly well).  He also, in his performance, had to 'play' Norma, and had to play someone who knows the truth but still struggles with his own unhinged 'reality' (acknowledging that his mother is dead but also fully accepting she is with him too).

Highmore is so good that it leaves poor Thieriot, never the best actor around, kind of fumbling.  Thieriot is hit and miss: he is quite good when softly, quietly confronting Norman about his issues, but after he's struck on the head he doesn't have much reaction to just how crazy things are.  We'll give him some leeway in that he was momentarily knocked out but you'd think more shock or horror or sadness would be seen.

With things now finally in the open, and Norman about to be locked up, the last three episodes of Bates Motel will either end this fantastic series with a bang or a whimper.  Inseparable is more whimper than bang, but some great performances and genuinely surprising twists make it still a good episode.  Good, not great. 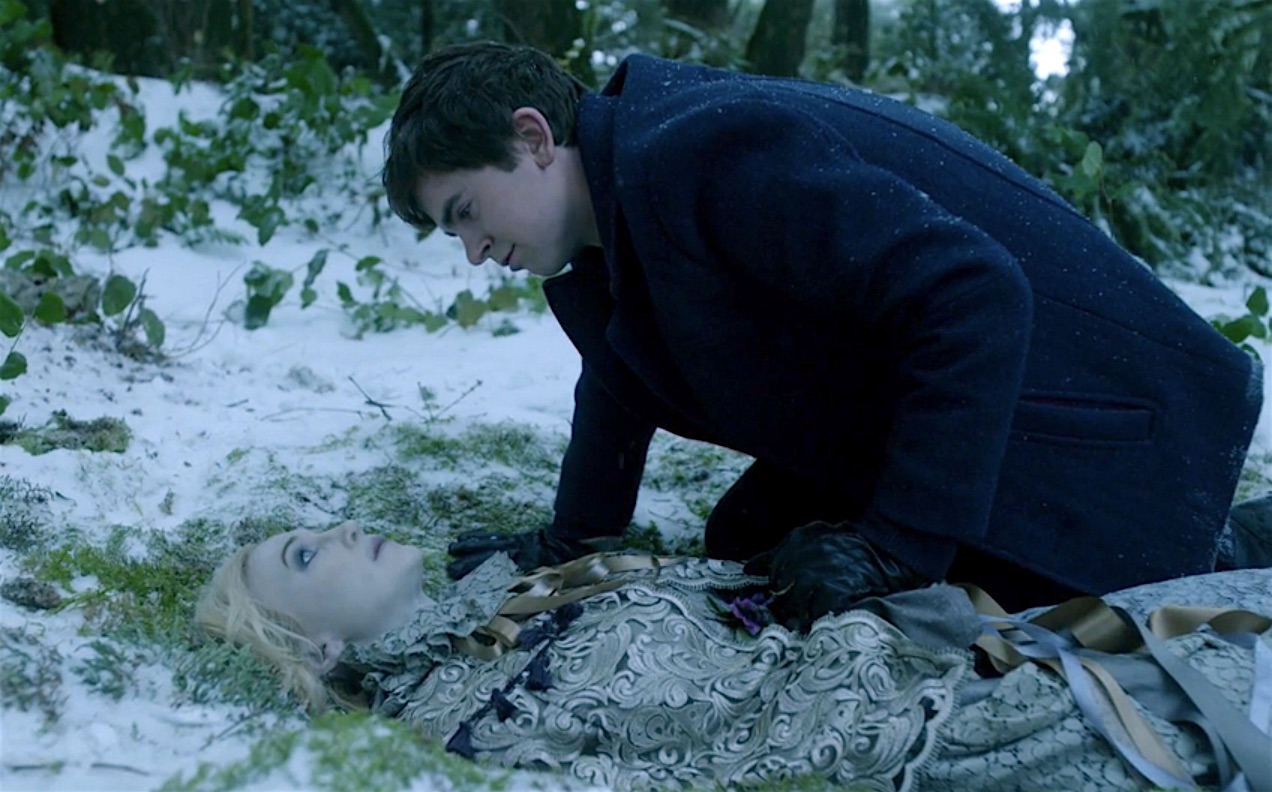 Next Episode: The Body