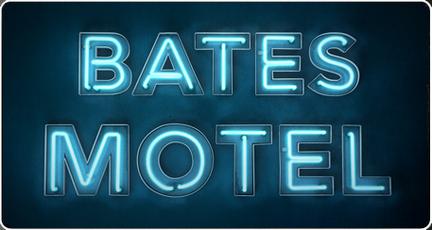 As I think back for the last time on Bates Motel, I think, 'what a good show it was'.   I also think, 'how disappointed I was at the end'.

I am not a type to throw out the baby with the bathwater, so I give credit where it is due.  It was an exceptionally well-acted show by the two leads.  Vera Farmiga was as of this writing the only cast member singled out for Emmy consideration for her performance as Norma Bates, and the lack of recognition for her and the show is still pretty surprising.

Well, not completely surprising, given how the Television Academy is hung up with sword and sorcery.

Farmiga and Bates Motel shifted the whole view of Norma Bates.  From the films, Norma Bates was always a horrible person: abusive, clinging, possessive, almost inhuman towards her much put-upon son.  Bates Motel changed that, and made Norma herself a victim of domestic violence, a woman who at heart was good, but who through a series of disastrous decisions and her own ego created a situation that led to Norman Bates becoming who he did.

Farmiga made Norma very real, even rational.  She was a bit clingy (nothing excuses her continuing to on occasion share a bed with her teenage son because she wanted company), but she also didn't want or think Norman should be perpetually by her side.  She certainly lived: having affairs with various men culminating in her marriage to Sheriff Alex Romero.

Here is where Norma went wrong.  Even if Norman was in a mental institution when she married, she should not have kept this news from him.  Again and again she delayed telling Norman about his new stepfather, and her choice damned them all to the ultimate fate they all met.

The show was brilliant about how it slowly, steadily built the world to where Norman's eventual fate was all but certain. Freddie Highmore was also equally brilliant as Norman Bates. He had the added block of having to adopt an American accent to mask his British heritage, and not once did it ever sound forced or unnatural.  Highmore could play Norman for sympathy, but he could also, as the show progressed, show Norman's cruelty, his egoism and selfishness, his haughty manner, his arrogance.  Highmore made Norman both a figure of immense sympathy and immense loathing.

This is his final chance to get some recognition for his work on Bates Motel, but again, given he never had to fight dragons, it's doubtful.

Perhaps because so much focus was on Norman/Norma, a lot of times other good actors and characters kind of went by the wayside.  That to me was the case with Olivia Cooke's Emma Decody, who I felt was badly underused.  About one of the handful of sane people on the show, her character was smart and kind, but despite pining for Norman for a few seasons, it was with his half-brother/uncle Dylan that she ended up with.

Part of me never bought Dylemma, and I think it was because it almost felt like they had to be put together to justify her staying on the show.  I think so much more could have been done with Emma and it felt like such a waste to see her sometimes relegated to almost a non-entity.

With regards to Max Thieriot's Dylan, I really struggled with him. The motorbike, the leather jacket, it all worked to make Dylan a very James Dean-type character, and I wasn't awed by it all.  Granted, I can't remember seeing Thieriot in anything else, but I almost always thought he wasn't a very good actor.  Handsome, yes, and from appearances a great guy to hang out with, go hunting or watch a ball game with.

However, Thieriot always seemed to have the same expression on his face: a mixture of surprise and sadness, as if he couldn't show any other expression.  There were moments when I thought both Dylan and Thieriot were actually relevant/good to the overall story, but for the most part I simply didn't care that much for either.

Finally, Nestor Carbonell rarely could do bad in my eyes as the morally flexible Romero.  He was an honest man and good officer, but he also could live with White Pine Bay being the Venezuela of marijuana trafficking, with this idyllic little community an underground hotbed of drugs that makes Ciudad Juarez look like Mayberry.

It wasn't until the final season when I lost interest in him, having him turn into this avenging angel/superhuman figure able to survive getting shot many times.

The final season was for me a terrible disappointment.  We knew that eventually we were going to have to hit the events of the film Psycho, down to the famous shower scene.  In their infinite wisdom, the Bates Motel producers opted to change a lot (Marion Crane, for example, while introduced, survives, and it's her lover Sam Loomis who gets knifed in the shower).  Adding to that, they decided to cater to current politically correct trends by not having Norman dress up as Norma for fear of offending transgender people.

Again and again I argue that Norman thinking he was Norma when he killed whoever in the shower had anything to do with transgenderism.  I don't think that even transgender Bates Motel fans would think him thinking he was his mother would be reflective of their community or suggest transgender people were murderers.  It was a silly reason to change what had come before.

While I might buy the idea that they didn't want to be a straight copy of Psycho (and had changed things already with having Sam Loomis married, which he wasn't in the movie), I still think they could have still kept things closer to how they were (such as seeing poor Marion bite it, though can one really kill off Ri-Ri).

It would have prevented having seen Dylan kill his own brother, and for me one of the two worst moments on the series finale: see Norman have a happy-like ending (a reunion with his mother in some ethereal paradise).  Yes, he was not in his right state of mind, but something about him being given a happy-type ending, with a joyful reunion with his mother in the afterlife, just didn't sit right with me.

Not that I buy Romero's almost-superhuman ability to survive getting blown away.  Earlier in the season, he'd been shot in what would have killed any other man, but somehow he managed to survive hours with no medical attention and he managed to essentially self-medicate his own serious wounds.  After being nursed to health, and even after knowing Norman had been locked up for various murders, he still went after Norman in his poor condition.  Add to that, when Romero was distracted by Norma's corpse (since it never occurred to Romero to secure Norman even after giving him a fierce beating), he gets shot two or three more times...and can still leave taunting final words to Norman.

I'm glad the show ended when it did.  Sometimes, even shows that have a certain end time overstay their welcome.  Bates Motel didn't.  It ended when the story ended, even if to me the story didn't end well.  I wasn't overwhelmed by the ending, feeling a bit let down by it.

I'm glad I watched Bates Motel (even once winning a Super-Fan contest).  It was on the whole a well-crafted, well-written, well-acted show.  Now that it's over, I'll have mostly good memories of it, though I doubt I would rewatch the series.  If I catch an episode I might stay to see it, but I wouldn't watch the entirety of it or own any of the seasons on DVD myself.