Chavela Vargas, even in her own time, was a most controversial figure.  A female singer who was nowhere near 'feminine' except in her sexual tastes, Vargas defied expectations as far as she could in the macho culture of her beloved Mexico.  Chavela, the documentary of her life and art, chronicles her journey to becoming an icon to both Mexican music lovers and lesbians.

In certain ways, Chavela is a surprisingly routine story.  Born Isabel Vargas Lizano in Costa Rica in 1919, she exhibited early signs that she was not like other little girls.  Her parents, embarrassed by her, hid her away whenever visitors came.  Ultimately divorcing, her parents soon became totally absent from her life.

It is here that the siren call of Mexico and Mexican music comes calling to her.  Chavela makes her way there and begins performing in clubs and cabarets.  At first, Vargas attempted to fit into the norm of female Mexican singers in the 1950's, but in her own words, she looked like a transvestite.  Rather than the coquettish, jolly female singer most Mexicans were used to, she cut her hair short, sang low and lowly, and most shockingly of all, wore pants.

While it was an open secret that Vargas was a lesbian, she herself was not open about it.  She had no problems seducing the wives of the politicos and intellectuals who came to see her perform (even saying that when Elizabeth Taylor married for the third time in Acapulco, Vargas 'woke up with Ava Gardner'), her stage persona allowed her to be as open as one could in the macho culture of Mexico.

Vargas then hooks up artistically with Mexican music legend Jose Alfredo Jimenez, who found in her a wonderful drinking buddy and excellent interpreter.  Vargas found that she was essentially an alcoholic; she could not perform without a few shots of tequila to begin, and after Jimenez's own alcohol-related death in 1973 she not only became inconsolable but pathetic.  She would be drunk on stage, incoherent, and I think even falling down in front of audiences.

Soon bookings dried up, but she didn't.  Some people even assumed she was dead when, thanks in part to a new and younger lover (and eventually giving up booze), she made a comeback 12 years later in 1991.  She also found surprising support in Spain, where among her fans was film director Pedro Almodovar.  He pushed for a brief tour of Spain and France, where she became a hit.  The revived success allowed her to publicly come out as a lesbian.  It also allowed her to finally appear at the Palacio de Bellas Artes, the apex of Mexican musical halls.

Despite being in her 80's, Vargas was hotter than ever: making a cameo in Frida, where she sings to Salma Hayek's title character (with whom she had a passionate love affair) and continuing to perform.  In 2007, another twelve years after her comeback, age finally catches up with her, and in 2012 the vain 93-year-old Vargas finally is forced to appear in public in a wheelchair.  On August 7 of that year, Vargas finally dies, perhaps unable to die as she wished (literally dropping dead on stage), but with a long life to create her music and life. 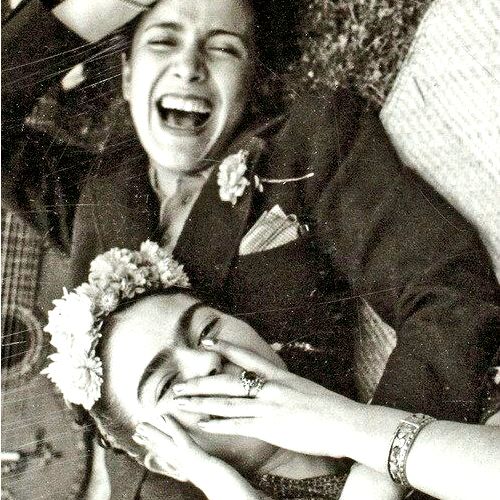 Chavela makes use of an archival interview in 1994 when the then-74-year-old talks about all sorts of things.  It is from a video recording, which gives it a greater intimacy.  Now, it's a strange thing for me to write a Chavela review only insofar as I have a background about her.

My parents were not fans, and moreover I disagree with one of the people interviewed in Chavela in that I don't think she was the best interpreter of Jose Alfredo Jimenez (I still think Vincente Fernandez is).  Also, while I personally think her singing is strong, evoking a perpetual melancholy in her songs, La Llorona is the only song of hers that I think is good.

My issue is on thinking on how someone without a Hispanic/Mexican background would find Chavela and Chavela Vargas herself. I came into Chavela knowing who Vargas was.  How would someone who didn't know end up thinking of her?

I think co-directors Catherine Gund and Daresha Kyi have a great deal of respect for Vargas and consider her a great artist.  Perhaps that is why perhaps some less-savory aspects, such as Vargas assaulting her lawyer/lover at one point, or why she had such mass appeal in Spain versus her adopted Mexico are not deeply explored.

We take whatever Vargas says as truth, including her assertion that she woke up with Ava Gardner, something that I don't think has ever come to light.  This openness about a one-night stand with Gardner is more surprising given that Vargas would not reveal which wives she seduced.  Other elements, such as a romance with an American, Betty-Carol Sellen, are mentioned by Miss Sellen herself but what impact that had on either is not touched on.

Chavela does make its case about the artistry of Vargas, especially whenever we see Vargas' performances, accompanied by cursive text translating the lyrics versus the more plain translations (only Sellen and Laura Garcia Lorca, relation to Spanish poet Federico Garcia Lorca speak in English).  As mentioned, Vargas' voice is sorrowful, rich and filled with pain.

I personally think something is lost in translation with Chavela, though because I know of her before this film I may not be the most objective of reviewers.  However, with a fascinating portrait of a woman and some remarkable footage and photographs (including a few of a topless Frida Kahlo), Chavela is a well-crafted film of an artist who was not one to look back even if others had her doing so.