One of the great personal tragedies for me is that my dear friend, Fidel Gomez, Jr., who died suddenly and unexpectedly in August 2017, never got to see the sequel to one of if not his all-time favorite films: Blade Runner.  I cannot remember whether he was eager for it or dismissed the idea of it.  I would say he was intrigued with being able to revisit the Philip K. Dick dystopia of replicants and the humans who loved them.  He did expect to see it, perhaps even going to the Alamo Drafthouse to see whether or not Blade Runner 2049 honored or shamed his beloved original; that expectation makes the fact that despite his plans and hopes he was taken by Death before he had that chance all the more sad to me.

As such, this will be a bit of a painful review, because it will be difficult if not impossible for me to watch Blade Runner 2049 without thinking of him in some way.  I think, though, that even though I cannot say his thoughts on Blade Runner 2049 would equal my own, we tended to see things in a similar vein.  As such, I think I can say with a certain amount of confidence that Fidel would have been extremely disappointed with Blade Runner 2049, finding that it took out almost everything that made Blade Runner this brilliant piece of filmmaking and drowned it in a sea of self-importance.

For those who didn't see Blade Runner, we are quickly caught up with things: replicants, human-like machines that are not robots but 'more human than human', are still out there.  There's a newer, better model created by tech billionaire Niander Wallace (Jared Leto), but the older replicants are sought out to be 'retired' (read: destroyed) by police officers known as 'blade runners'.  We now get a blade runner who is himself a replicant who goes by K (Avant-garde actor Ryan Gosling).  K has just retired another replicant when he makes a curious discovery as he investigates the replicant's abode.

A box buried beneath a withered solitary tree.  What could be inside that box?

The LAPD discover that the box is a de facto ossuary, containing the bones of a replicant.  However, that replicant, a female, turns up another mystery.  This replicant has given birth.

Can replicants reproduce?  Can they actually be...human?

With only his hologram woman Joi (Ana de Armas) to serve as a companion, he keeps searching for the whereabouts of this lost replicant child.  Wallace, for his part, sends his replicant girl Luv (Sylvia Hoeks) to retrieve Racheal's bones from the LAPD and find the child also.

At first, with his own memories coming to him, K believes he either could be or is indeed the child he seeks.  Memories are implanted into replicants to make them think they are human even if they are not, but K's own memories turn out to be real.  He seeks out the best memory-implant specialist, Dr. Anna Stelline (Carla Juri), who confirms K's memory as real.

K tells Joshi he's 'retired' the replicant child, delighting her.  However, he is on thin ice with the LAPD, and she gives him 48 hours to pull himself together before he too is retired.  Luv is still on the hunt though, and K is now looking for Deckard (Harrison Ford), whom he finds in the radioactive Las Vegas.

It becomes a battle between Luv and K for the truth, with one last twist involving the real Lost Replicant Child. I found Blade Runner 2049 has a sense of its own importance, that is when I wasn't falling asleep to its dour and pseudo-profound worldview.   There is a certain heaviness, a certain morose and self-imposed grandness that is off-putting.  It is as if director Denis Villeneuve and cowriters Hampton Fancher and Michael Green decided that whatever themes either Blade Runner or Dick's original story Do Androids Dream of Electric Sheep? weren't grand enough. As such, they had to hammer home the importance of Blade Runner 2049, the vastness of it all in terms of both visuals and  themes.

This quasi-meditation on what makes us human can work, but Blade Runner 2049 decided that it would be the final word on the matter.  What it ended up being was remote, aloof, even shallow in its profundity.

For the life of me, I do not understand why Blade Runner 2049 opted to make all characters emotional-less save for Wright and in a small role, Barkhad Abdi, who both showed some range.  Edward James Olmos, who had a small but important role in the original, is reduced to one throwaway scene, a terrible disservice to him.

Even when the minor character of Coco (David Dastmalchian), a forensic agent at the LAPD, comes across Luv and is later murdered, he shows no emotion when confronting someone who clearly should not have been there. 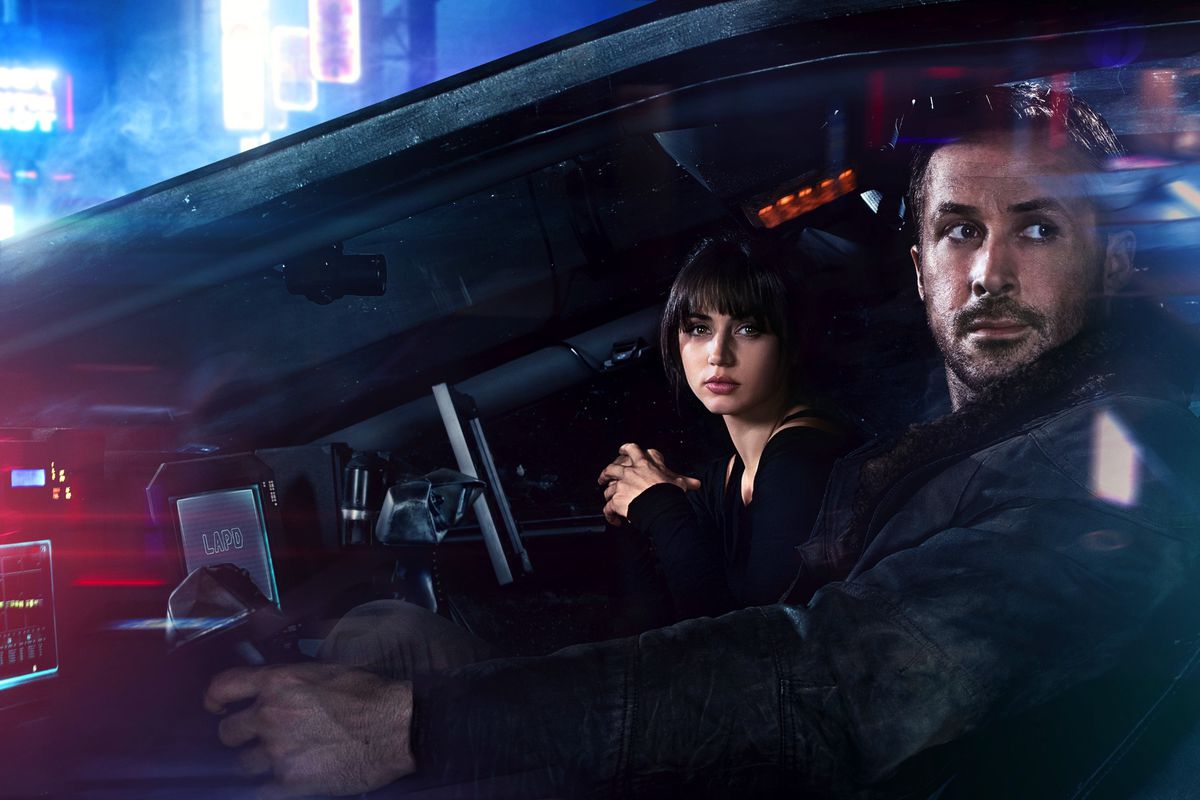 I think Villeneuve and Company genuinely thought that because this takes place in a dystopian future, we were meant to lose all emotion.  Over and over, I could not help thinking why hardly anyone was capable of showing emotion.

For all the buildup his character had, Leto, doing his Leto-like Method Acting with all caps, might just as well not been in the film.  Same for Ford, who sometimes looks genuinely confused as to how he ended up there.

Sadly, Benjamin Wallfisch and Hans Zimmer's score was Vangelis-lite, echoing but not mastering the iconic music that Vangelis wrote for Blade Runner.

About the only saving grace Blade Runner 2049 has is Roger Deakins' beautiful and mesmerizing cinematography.  Long overlooked and overdue by the Academy, this might finally be his year, even if I found just about everything else dull, monotonous, and self-important.  There is also what I take to be a shout-out to Soylent Green, as the music to turn Joi on and off comes from the first movement of Beethoven's 6th or Pastoral Symphony, which was used so well in the Charlton Heston/Edward G. Robinson classic.

Near the end, Leto's character says, "You don't know what pain is.  You will learn".  After watching Blade Runner 2049, I think I know what he was referring to.