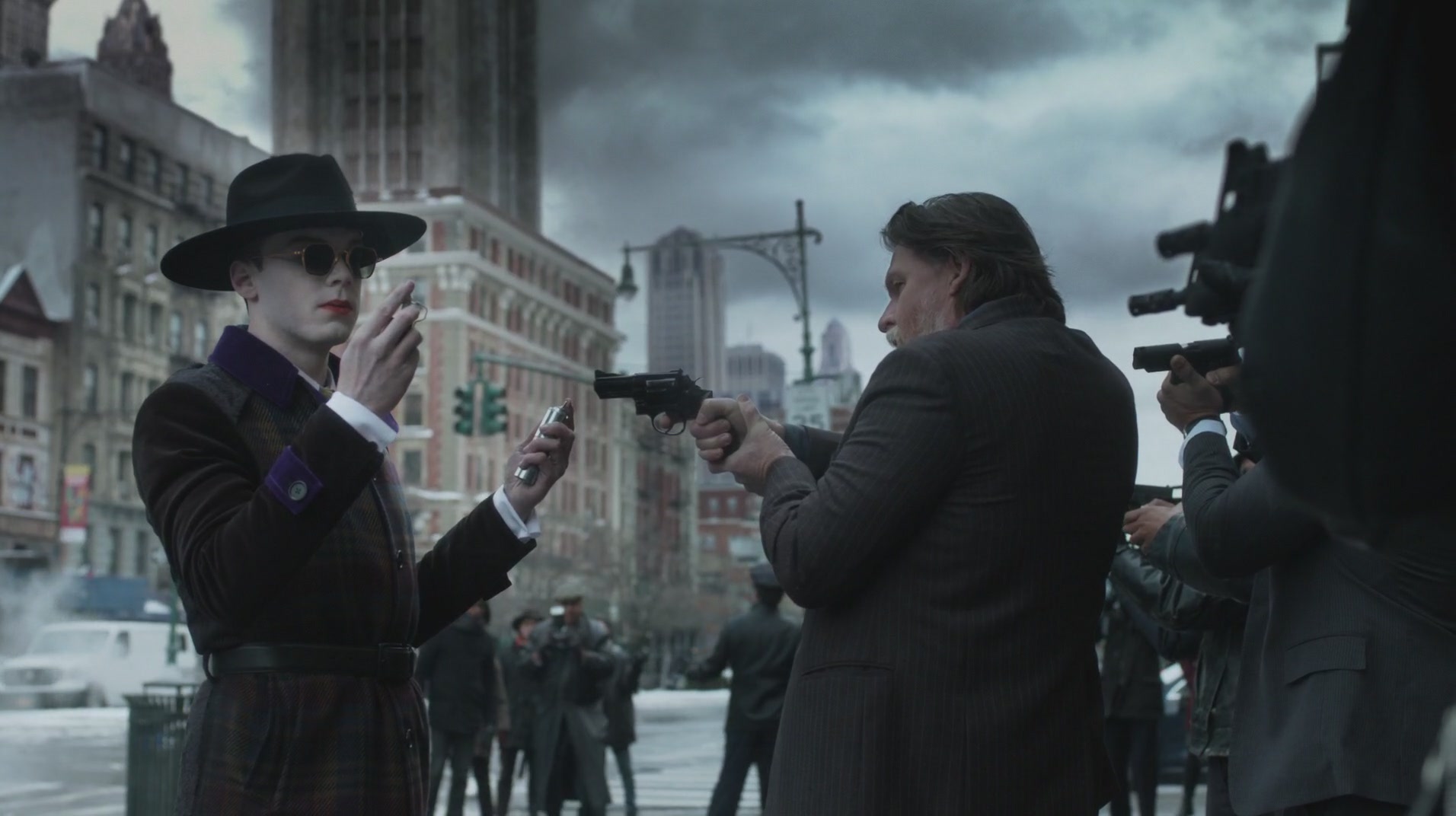 I wish I could say One Bad Day reignited my love for Gotham.  Sadly, it didn't. Maybe it was the 'mad bomber' business.  Maybe it's the deliberate shout-outs to a Joker origin story while Gotham continues this fan-dance about whether Jerome/Jeremiah is our most infamous villain.  Maybe it's the surprising amount of violence again.

With one more episode to go before the season wraps up, Gotham has seen better days figuratively and literally.

Jeremiah Valeska (Cameron Monaghan) has taken over his late brother's racket as the villain du jour, taking Jerome's minions and making them more disciplined. He threatens the city with major explosions and orders everyone to evacuate Gotham in a 'we must destroy the city to save it' mindset.  Detective Harvey Bullock (Donal Logue) does his best to keep the GCPD going, especially after it is believed that Captain Jim Gordon (Ben McKenzie) is dead.

He is not, having barely escaped Jeremiah's plans.  Now in the hands of Leslie 'Lee' Thompkins (Morena Baccarin) and her on/off partner Edward Nygma/The Riddler (Cory Michael Smith), he is determined to stop the bombs from going off.  He finds himself in a temporary alliance with them, but being the moral cop that he is, soon outwits Riddler and returns to the Police.

Bruce Wayne (David Mazouz) feels guilt about over all this, something that his own on/off partner Selina Kyle (Camren Bicondova) insists is unfair to him.  Bruce now has to rescue Alfred (Sean Pertwee), held prisoner by Jeremiah.  It's all part of a plot to kill Bruce, but with Selina's help he does manage to both rescue Alfred and not break down.

In the middle of all this are another pair of strange bedfellows: The Penguin (Robin Lord Taylor) and Barbara Kean (Erin Richards). This is a way to get the money needed to restore Butch (Drew Powell), which Bonkers Babs doesn't care about but who agrees only to please her on/off partner Tabitha (Jessica Lucas).  As it goes, their plan goes awry, and Butch, finally having had enough, turns on Pengy.

The day, however, is not over, for Jeremiah breaks into Wayne Manor and shoots Selina in front of Bruce. 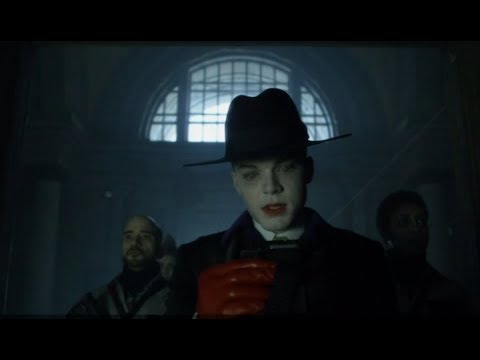 Gone are the trappings of Jerome's Heath Ledger-like (non) Joker and in come Jeremiah's more subdued (non) Joker in his Jack Nicholson-type ensemble. Monaghan should be credited for being able to play many facets of multiple characters, bringing a cool menace to Jeremiah versus Jerome's wild antics.

It's a pity then, that much of One Bad Day seems if not tired at least a trite stale.

The title, in fact it appears much of the plot, comes from the graphic novel The Killing Joke, with a few changes.  Instead of Batgirl getting shot, it's Selina who should grow to become Catwoman. Instead of Commissioner Gordon being forced to witness the torture of his daughter, it is Bruce who has to witness the torture of his 'father-figure' Alfred.

Add to that my own discomfort and displeasure at what I consider excessive violence apart from Selina's shooting. The torture scenes of Alfred, albeit cinematic, seemed far too cruel, particularly when he slashes his face to force a grin. The fact that it was an illusion caused by The Scarecrow does not give it a pass.

That and we saw yet another man blown up.  That's at least the third time I've seen that on Gotham and now it just seems insulting than horrifying.  Then there's the mass incineration. A bit much.

This is not to say that I didn't find good things in One Bad Day.  The scene between Smith and McKenzie is well-acted, and Taylor brings a surprising touch of humor in his brief scenes as Pengy, though he and The Sirens/Butch seem almost incidental to the goings-on.

Still, I was if not bored at least unenthusiastic about One Bad Day.  I did not like how Bullock managed to pick the right device to disarm the bomb. I disliked the torture and sadism it seemed to derive from it. I disliked the similarities to The Killing Joke.