The Hate U Give: A Review 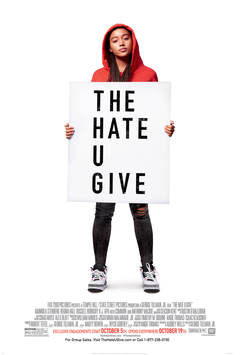 THE HATE U GIVE

I am mixed about The Hate U Give, the adaptation of Angie Thomas' young adult novel of race and social justice. I find there are some good performances and I'm the type to think well of people. However, I also found it very preachy, at times cartoonish and in a word, hateful itself.

Starr Carter (Amandla Stenberg) is a young African-American girl growing up in Garden Heights, a lower-middle-class area of Los Angeles. Her father Maverick (Russell Hornsby) is a former member of the King Lord gang, deeply committed to the Black Panther doctrine, but a loving albeit slightly crusty man. Her mother Lisa (Regina Hall) is a nursing assistant and deeply committed to raising Starr, her half-brother Seven (Lamar Johnson) and full brother Sekani (T.J. Wright).

Starr lives a double life. In Garden Heights, she is Starr 1.0, Starr from the block. At her elite prep school of Williamson, she is Starr 2.0: a girl as far from the 'ghetto' as possible. This seems a bit odd since all her white classmates seem determined to make fools out of themselves by trying to 'act black'. That includes her white boyfriend Chris (K.J. Apa), who thinks that being a bad DJ Khaled with his mixtapes makes him a brother.

As a side note, DJ Khaled is actually of Arab descent, but why quibble.

Starr 1.0 and Starr 2.0 can't seem to keep a steady balance between Garden Heights and Williamson. Things come to a head one fateful night when Starr sees Khalil (Algee Smith), her old friend who played at Harry Potter and gave her her first kiss. Khalil is beautiful inside and out, but the party they're at is interrupted by gun shots. They flee together and after some talk Officer Macintosh pulls them over. 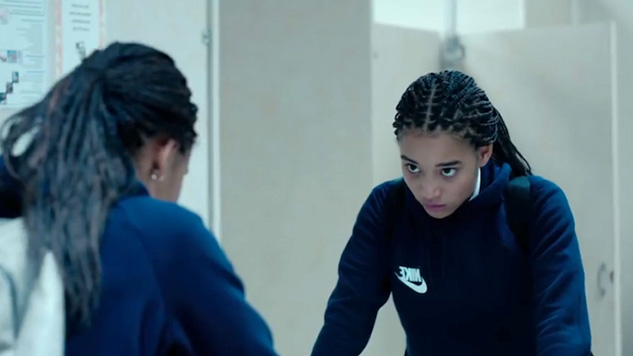 Typically, Khalil as a young black man is harassed by this white cop. Starr was already given 'The Talk' on how as a black person she is to behave with the police. Khalil didn't have it, because when reaching in to get a hairbrush the cop with Badge Number 115 shoots him. He also handcuffs Starr, preventing her from holding Khalil as he dies.

Khalil's shooting causes an outcry in the community, but Starr is now caught in the maelstrom. She is literally the "Starr witness" in this case, and she has several pulls at her. Her Williamson friends mostly either take the cop's side or opt to skip school in 'protest' (just an excuse to get out). She also has to worry about King (Anthony Mackie), the local gang leader who worries that Starr will reveal that Khalil sold drugs for him.

As a side note, I would figure all the white students in this elite California school would be a bit more 'woke' and sincere in their 'wokeness'. Also, until The Hate U Give, I had never heard the term 'code-switching', let alone know what it meant. However, at least the 'Code Switch' section of NPR has context.

Lisa worries about her daughter's safety, and Starr's moral outrage at how Khalil is made to be a villain and Officer Macintosh a hero or at least a victim. Starr must decide whether or not to out herself as the witness, and despite all the trouble it will cause her, eventually she reveals herself.

This brings only trouble to her from all sides and puts others in danger, including Seven, who is related to King. Things come to a climax when as always, the grand jury did not indict 115 (Starr never calls the officer by name, only by number). Riots erupt, and Starr finally finds her voice to speak out against injustice. 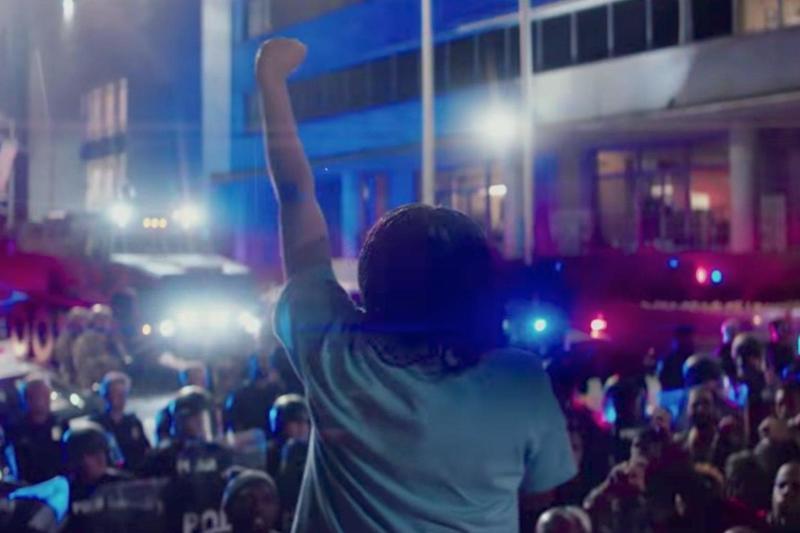 The Hate U Give comes from Tupac Shakur's definition of THUG LIFE: The Hate U Give Little Infants F***s Everyone. The film comes from a place of fierce passion, which I cannot fault it for. What troubles me is that it is so overt in its messaging that it soon becomes less film and more lecture.

The film paints all the white characters in unpleasant lights. Hailey (Sabrina Carpenter), ostensibly Starr's best friend despite there being no visual or social connection, says a series of ghastly comments or is so overtly nasty that one wonders why anyone, let alone Starr, would like her. I cannot pass the comment Hailey made to Starr in basketball practice that Starr should catch the ball "like if it was fried chicken", even if Hailey says it was because they had fried chicken for lunch that day.

Hailey's comments about how "cops lives matter" and how Khalil should not have gotten the hairbrush are meant to portray those who side with "115" as either bigots or ignorant. Somehow, Starr pulling Hailey's hairbrush from her backpack and terrorizing her with it was meant to be empowering but came across to me as bullying.

From Starr's Instagram comparing Emmett Till to Eric Gardner to how only Chris belatedly became something of a 'white ally', The Hate U Give seemed fine being hateful itself.

I think it's a shame given that the film had many positives. You had absolutely wonderful performances from people like Regina Hall as the protective and strong mother and Hornsby as the equally protective and strong father. I would have liked seeing a film about them, about the difficultly of raising children in this environment and of the struggle between the two worlds Starr felt compelled to give separate fronts to.

I was also impressed by Stenberg as someone who was better than the material. Starr's need to be two different people was something I did not understand given how I thought she was pretty pleasant both in Garden Heights and Williamson, but when she loses her friend it is genuinely moving.  Even though his role is small, I thought well of Algee Smith as Khalil, a young man with both smooth and pleasant manners.

However, I was unimpressed with other performances, primarily due to their one-dimensional characters. The worst of the lot is Anthony Mackie, a fine actor who has nothing to do but glower at people as our stereotypical villain. Mackie is too good an actor to have to play stereotypes. I was not impressed with Apa as Chris either.

I never understood what Starr saw in Chris or vice-versa. His efforts to 'be black' (along with apparently every white student at Williamson) were cringe inducing and came from an alternative universe.

I think it is hard for me to embrace a film where teenagers seem to talk about 'white privilege' more than something like whatever show or pop star they follow nowadays. The Hate U Give wants to tackle an important subject, but does it in a rather blunt manner that it soon becomes more lecture than actual film.