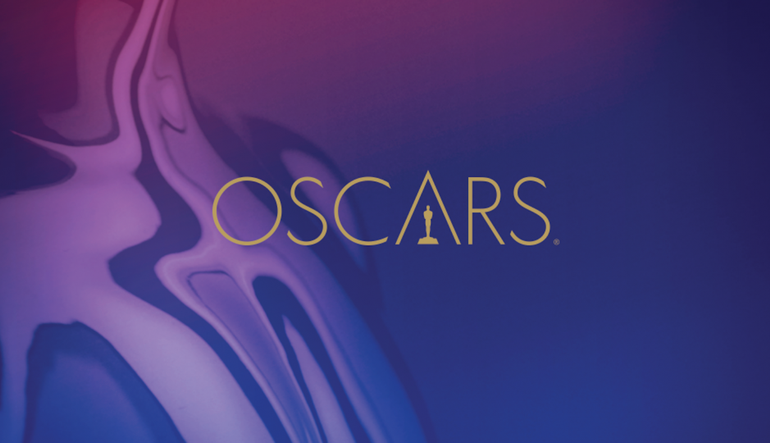 This year's Academy Awards is one of the wildest ones that I can remember. Films seen as de facto winners are now looking like also-rans (looking at you, A Star Is Born 4.0). Films seen as all but dead are now in the thick of things (ditto, Bohemian Rhapsody).

I'm not going to offer predictions, as I'm pretty lousy on them.  I will offer just some thoughts from my lowly vantage point.

I find it interesting that they are in because for all the hoopla over the 'younger and more diverse' Academy membership, they could not sway more members to get beyond a feel-good movie in the Driving Miss Daisy mode or a wildly popular film/standard biopic. The young Turks probably pushed Black Panther into the mix, but the hype surrounding this film seems the real reason it became the first comic book-based film nominated for Best Picture.

Sorry, but The Dark Knight was better and more worthy of recognition.

Roma and The Favourite lead the pack with ten nominations each, including some genuine surprises. I don't think anyone expected Roma's Marina de Tavira to be in Supporting Actress as she hasn't appeared anywhere. While Film Twitter is giddy at the thought of Roma being the first foreign-language film to win Best Picture, I draw attention to something few if any people are talking about.

The Favourite got nominations for Picture, Director, Film Editing and Cinematography. None of the other Best Picture nominees got into all those categories.

I'm not predicting The Favourite will pull off one of the most shocking upsets in history and will win Best Picture. I am saying that we are too quick to ignore/dismiss it.

Again, Film Twitter is atwitter over Toni Collette not getting in, but she was always an unlikely nominee given the Academy's disdain for horror. There wasn't much of a surprise for Leading Actress as Roma's Yalitza Aparicio was probable though not certain. She and Lady Gaga, however, are highly unlikely to win.

Gaga, the (inexplicably to me) frontrunner, collapsed when Glenn Close won at the Golden Globes. She's been riding high ever since. This is Close's seventh nomination and many sense she's 'overdue' for a win. Olivia Colman is her strongest competitor, but it would be more shocking if Close were left out in the cold again.

The 'overdue' narrative could also propel the surprise nomination for Willem Dafoe for At Eternity's Gate. He, like The Favourite, is being ignored, I think too quickly. I said he was the dark horse in the race, and now that he's in he may become the 'spoiler'.

When it comes to Best Actor, what do I tell people? "BIOPIC! BIOPIC! BIOPIC!". Seven out of ten Best Actor winners this decade have won for playing real-life people. This year looks to be no exception, with Dafoe as Vincent van Gogh, Christian Bale as former Vice President Dick Cheney, Viggo Mortensen as Frank Vallelonga and Rami Malek as Queen frontman Freddy Mercury in the running.

Bale and Malek have been drawing the most attention, but we have some wild cards. Dafoe, like Close, is seen as 'overdue'. He lost last year. He is well-respected. And he is in a biopic.

I could see both 'overdue' actors winning. Far too soon to say but nowhere near outside the realm of possible.

Again, de Tavira's nomination is as close to a stunner as I can remember. Some pushed First Man's Claire Foy as a potential nominee, but I never saw it. Amy Adams is currently 0 for 6 in wins, and I think she'll go empty-handed again, not unless an 'overdue' narrative can be made for someone barely in her forties. It's rare for two people nominated from the same film to win, weakening Rachel Weisz and Emma Stone from The Favourite.

That leaves If Beale Street Could Talk's Regina King, one of the film's three (!) nominations. The award circuit has played fast-and-loose with King, sometimes rewarding her, sometimes not even nominating her. This is hers to lose.

The big surprises for me were for Supporting Actor. The Vice love is pretty much astonishing: eight nominations, tying it with A Star is Born 4.0. Even those who liked Vice, albeit small in number, thought Sam Rockwell's George W. Bush was either too small a performance or too much of a caricature better suited for a Saturday Night Live skit. It's a nomination few appear to understand, let alone rally around.

Sam Elliot gets his first nomination for A Star is Born 4.0, but I think this is more a de facto lifetime achievement nod than anything else. Despite the strong Green Book pushback, most of its detractors thought well of Mahershala Ali's performance. Can You Ever Forgive Me?'s Richard E. Grant might give him some competition, BlacKkKlansman's Adam Driver less so. However, I think Green Book will have at least one Oscar, so haters get ready.

First Man's failure at a Best Original Score is for me one of the two most shocking omissions. It can take comfort that in its four nominations, it will likely win three (Visual Effects and both Sound categories). I'm not big on any of the Original Score nominees, but I'd like If Beale Street Could Talk to win.

Both Won't You Be My Neighbor? and Three Identical Strangers not getting Best Documentary nods is the other most shocking omission. I do not get the love for Free Solo at all and hope anything beats it.

Costume Design has a weakness for royalty. While this might not exclude the Royal House of Wakanda, I think it will gravitate more for the reign of Queen Elizabeth I than Queen Anne, and Mary Queen of Scots I think has a stronger chance to take Makeup too.

Despite my disdain for A Star Is Born 4.0 I suspect Shallow will win Best Original Song, not because I think it's the best song but because the others are worse. The Place Where Lost Things Go is probably the best of the others, but not a hill I'd die on.

The Incredibles 2 looked like the de facto winner, until a certain friendly neighborhood Spider-Man in various forms swung by, and now like A Star Is Born 4.0 what was once a certain winner looks all but dead. Unlike that overrated remake, I'm strongly rooting for Spider-Man: Into the Spider-Verse.

If A Beale Street Could Talk looks to take Adapted Screenplay as a way to reward a film shamefully overlooked, and Original will be a coin-flip between The Favourite and Roma as all the others are mired in separate controversies.

It will be shocking if The Favourite leaves empty-handed with ten nominations, one short of a record (The Color Purple and The Turning Point losing all eleven nods) but even more surprisingly it may lose all. A Star Is Born 4.0 has one real chance, and if it somehow loses Original Song it will have gone from A Star Is Born to A Star Is Dead.

As a side note, I hope someone will write on how A Star Is Born 4.0 collapsed from 'inevitable sweep' to almost nothing.

I think this year we may have some films lose all their nominations (Bohemian Rhapsody, Mary Poppins Returns, Can You Ever Forgive Me?, maybe even Vice).

Now, on to the actual awards, which I'm sure will prove more raucous than years past.
Posted by Rick at 1:29 PM