They'll Love Me When I'm Dead: A Review 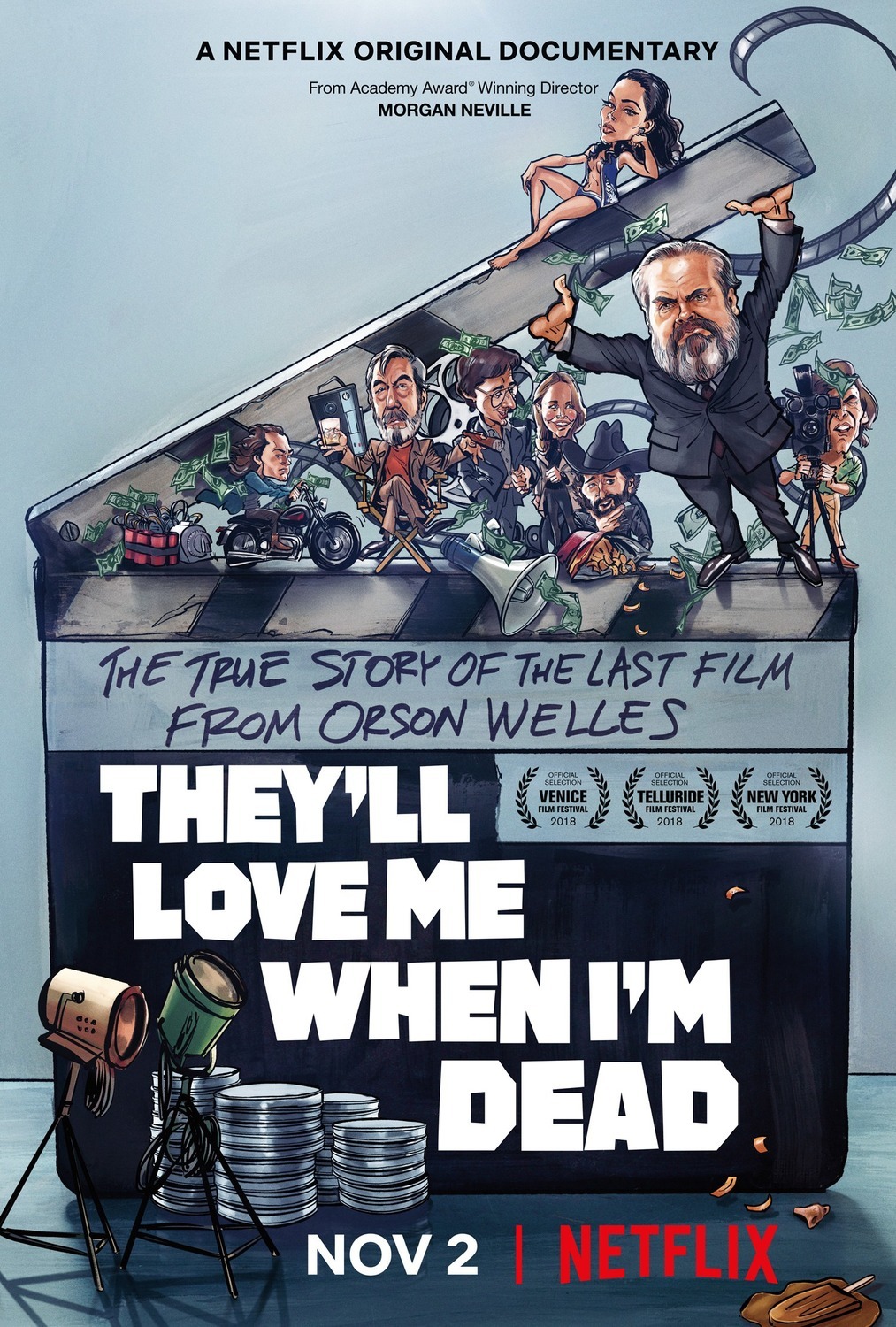 THEY'LL LOVE ME WHEN I'M DEAD

"They'll love me when I'm dead" Orson Welles would crack about his artistic reputation/legacy, a bitter comment showing that Welles saw he would be held in high esteem in the future, not the present when he could have used that regard to fund his film projects. They'll Love Me When I'm Dead is on the making-of The Other Side of the Wind, his long-gestating film released thirty-three years after Welles' death. It is also about the frustrations, trial and agonies of the creative process with the truth somewhere in the midst of the legend.

It seems the fates are perpetually against him. Always in search of funds, the levels Welles sank to and found himself in boggle the imagination. Somehow, funds got tied up with the brother-in-law of the Shah of Iran. His almost slavishly devoted cameraman, Gary Graver, was at times forced to work on projects both oddball and pornographic.

Graver, a talented cinematographer who called up Welles out of the blue to volunteer for him, ends up a tragic figure. He loves Welles but is also driven to near-exhaustion by the starts and stops on The Other Side of the Wind, his comeback film/spoof of 'New Hollywood.

In order to get Graver back to work, Orson Welles did the cutting for a lesbian shower sex scene in 3 A.M. to allow his cinematographer to finish.

He also endured a humiliation at his American Film Institute tribute. He hoped by showing footage from The Other Side of the Wind at the AFI tribute, he could get investors. The result was nothing, a terrible blow to someone who may or may not have actually wanted to finish the film.

Add to that the end of 'New Hollywood' with the arrival of the blockbuster like Star Wars and Jaws, the Iranian Revolution and various lawsuits and Orson Welles ends up dead before he has a chance to complete his seemingly on-the-fly film. 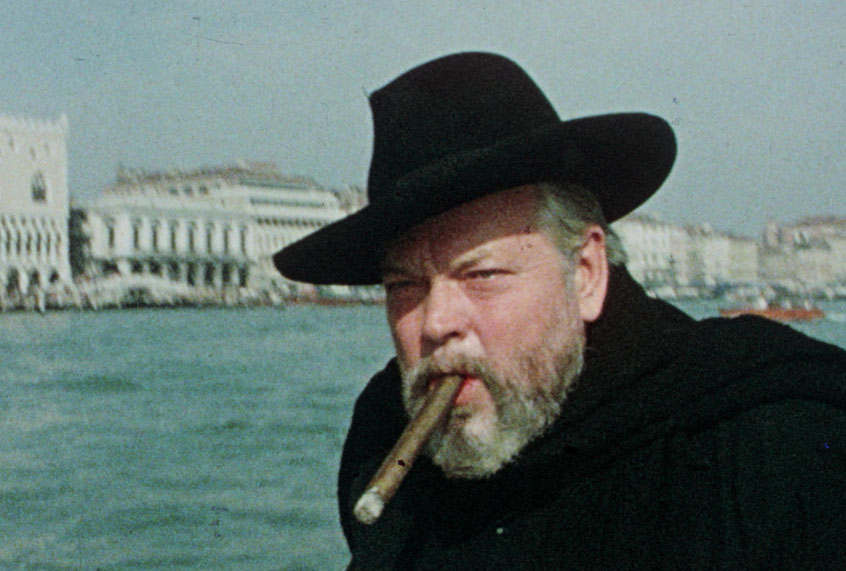 They'll Love Me When I'm Dead bills itself as 'based on a true story', and there's more than just a light mocking of documentary conventions there. Orson Welles loved magic, especially sleight-of-hand, and the truth is no know will really know what the truth about Welles was versus what he wanted us to think was the truth.

Questions like whether Welles genuinely did want to finish The Other Side of the Wind or whether the film was autobiographical have contradictory answers. Keith Baxter, who worked with Welles in Chimes at Midnight, is interviewed and he believes Welles never intended to finish the film. This is immediately contradicted by Welles' longtime companion, Oja Kodar, who mocks the idea.

Kodar is also heard in voiceover (I don't think she actually appears on camera) that Welles' protégé Peter Bogdanovich's comment about Welles saying "they'll love me when I'm dead" is true.

Credit should be given to the editing in the documentary in that, like The Other Side of the Wind, the cutting from the archival footage to the contemporary interviews (done in black-and-white) not only seamlessly flowed from one to the other but almost made it look like Welles himself was commenting on the various goings-on.

Director Morgan Neville let things flow and we learn some fascinating information. Rich Little was meant to play the role that Bogdanovich eventually was switched to, and while everyone agrees Little left the production before Welles finished with him, no one knows why he left. It could have been club appearances Little was contractually obligated to do as he says, or it could have been he found the production nuts, or even that Little was having a fling with Welles' secretary. Little himself says he never understood or learned why Welles opted to replace him rather than shoot around him.

Bogdanovich's then-companion Cybill Shepherd offers her own tales of when Welles became 'the man who came to dinner'. She remarks that Welles loved Fudgesicles and ate boxes of them, how he also ate lavishly and was never to be interrupted. This is cut with the infamous footage of a bombed-out Welles stumbling over his "Ah, the French...champagne" ad he sloshed through for Paul Masson.

The cutting of the Paul Masson outtakes with Shepherd's recollections make the story of The Other Side of the Wind all that more bizarre and sad. We also get footage of other 'lost' or incomplete Orson Welles films like The Deep, The Merchant of Venice and The Dreamers, tantalizing clips of an artist forever forced to be admired but not hired.

If there is a drawback in They'll Love Me When I'm Dead, it's that the various interviewees are a bit of a jumble. This is why I say I do not know if Oja Kodar appeared on camera, as there was no on-screen text saying who was who. Sometimes you knew who they were, but only if you knew beforehand (like Bogdanovich) or they mentioned it (as when Beatrice Welles talked about 'Dad').

The complex and contradictory nature of both Orson Welles and The Other Side of the Wind is something that will never be solved, let alone reconciled. How does one explain Welles writing two letters to his friend Peter Bogdanovich after making cutting remarks at his expense on The Tonight Show? One letter says Welles was horrified that his comments could have hurt his former protégé, the other says he essentially deserved it, and that Bogdanovich should choose which one he believed.

Comedy, tragedy, cautionary tale, farce. It's all there, but is it all true?