King of Jazz: A Review 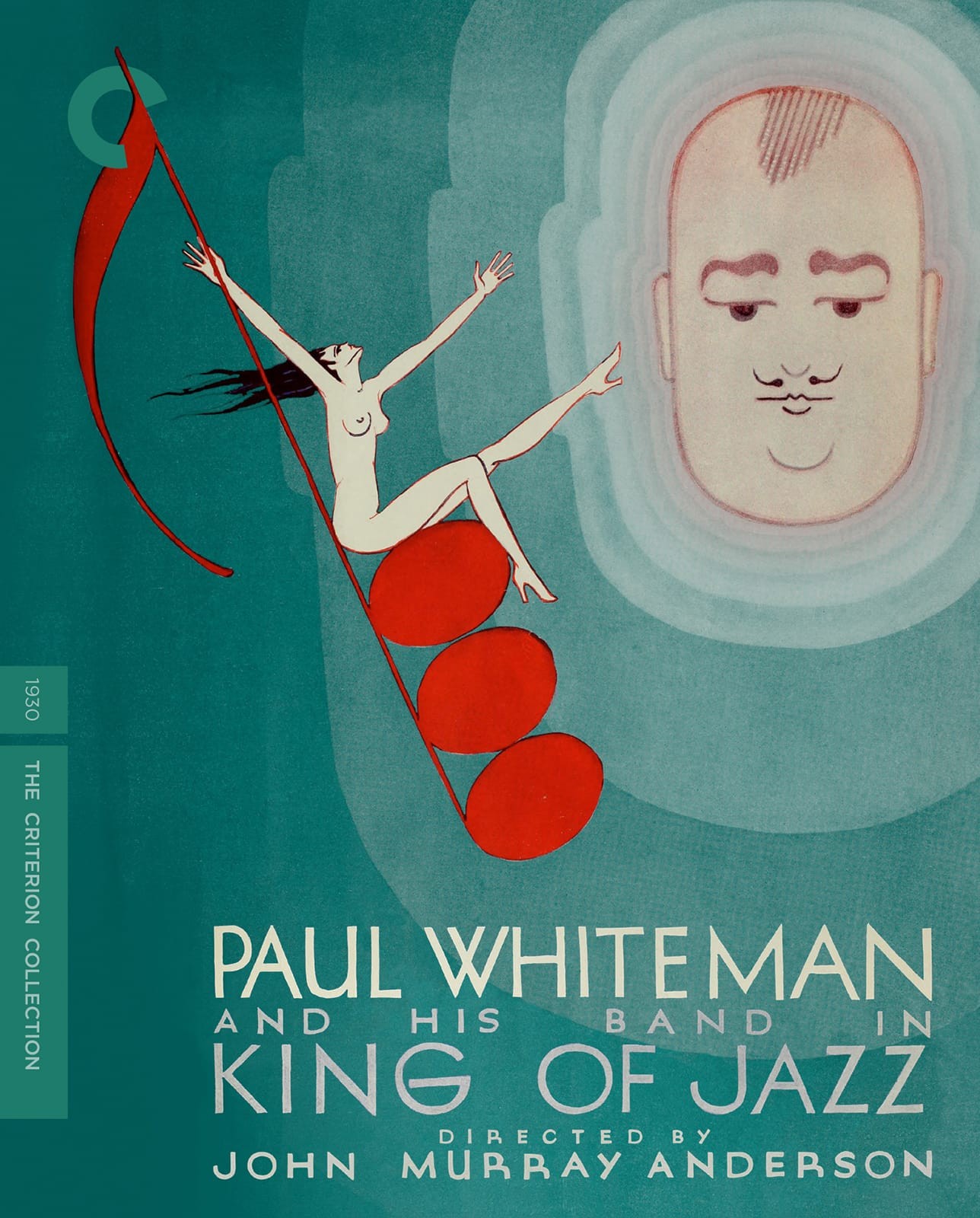 I think Paul Whiteman's reign as the actual 'King of Jazz' has been over for a long, long time, supplanted by Louis Armstrong. However, in his day Whiteman was held in high regard for his music. King of Jazz, the musical revue fronted by Whiteman and his orchestra, may be a bit dated in some respects. However, those flaws are more than made up by some extraordinary visual numbers that even now still astound.

Less a straightforward film or even musical and more a revue, King of Jazz has Charles Irwin as the Master of Ceremonies for this show. He introduces bandleader Paul Whiteman along with various musical numbers and comedy sketches in the guise of going through "Paul Whiteman's Scrapbook".

King of Jazz features an opening animation sequence where we find out how, in Darkest Africa, Whiteman was crowned 'King of Jazz'; after that we have a total of fourteen musical numbers with six very brief comedy bits, some not lasting more than a minute.

Among the highlights are early appearances by Walter Brennan in some of the comedy numbers and The Rhythm Boys featuring a very young Bing Crosby. 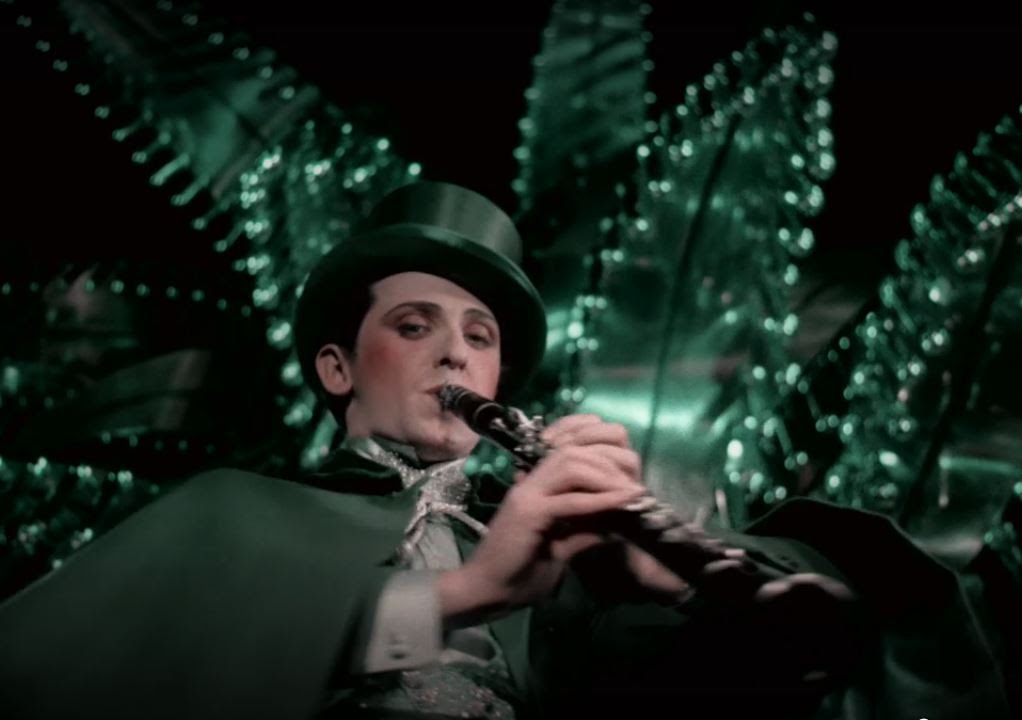 The curious thing in King of Jazz, structurally, is that the musical numbers do not have a particular order save for the massive and lavish The Melting Pot of Music number, which given its almost massive scale and frenetic quality would have been impossible to top. It's a credit to director John Murray Anderson that the Rhapsody in Blue number, which in other films might have concluded a film, is merely the midpoint.

The visual innovations and quality in King of Jazz is simply astonishing, which its restoration only enhances. There are no 'standard' numbers where people just sing in front of a locked-in camera. Granted, we don't see many if any camera movements, though the fluidity comes from the angles chosen.

Instead, it is the sets that metaphorically dance around us, with some simply extraordinary sequences. One of those is right at the start in the Meet the Boys number. To bring them onto the set, it appears that Whiteman literally has them come out of a box as he towers over them. Obviously shot with trick photography, the inventiveness and believable of the Meet the Boys number is breathtaking. We see people pushing cinema to new levels, with all the special effects done in camera.

Another innovative number is the Bridal Veil, where we see the 'ghosts' of brides past interact with the contemporary bride contemplating all the women who have worn the veil she is about to don.

King of Jazz is more impressive when you consider that sound film was only three years old and that it was shot in early Technicolor. Granted at times the color seemed to give every man wildly rosy cheeks, but some of the sequences are absolutely amazing. The Rhapsody in Blue number for example has the orchestra rise from a massive blue (or at least teal) piano, and the concluding Melting Pot of Music number (where various nationalities take their traditional music to shape it into the all-American jazz under the master chef Whiteman) fills the screen. 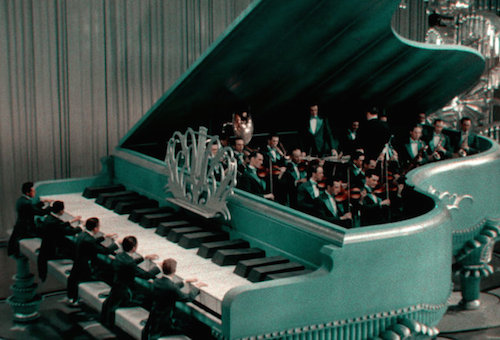 You can see King of Jazz essentially if not create the movie musical at least be a precursor to them. The A Bench in the Park number for example not only looks like a version of the Beautiful Girl sequence in Singin' in the Rain but also reminds one of the A Pretty Girl is Like a Melody number from The Great Ziegfeld in its massive quality. This number even seems to draw from a Busby Berkeley sequence despite predating the Berkeley musicals.

There is a great sense of joy in King of Jazz, and out of the musical numbers I would rank Meet the Boys, Bridal Veil, A Bench in the Park, Rhapsody in Blue, Happy Feet and The Melting Pot of Music as not just among the best in the film but in all film. Happy Feet in particular struck me as being this rich, big and joyful number, with a bevy of beauties, rubber-legged dancer Al Norman and even 'Paul Whiteman' himself cutting a little rug.

We find that it isn't really Paul Whiteman but a very convincing lookalike, but that's just part of the fun. Whiteman may be a faded figure, but here he comes across as almost cuddly.

I don't think there is a bad musical sequence in King of Jazz, though some are I would say better than others. Maybe Monterrey would be the weakest but that is due more to the Rudy Vallee-type singer. Even this number, however, is innovative in its camera work. 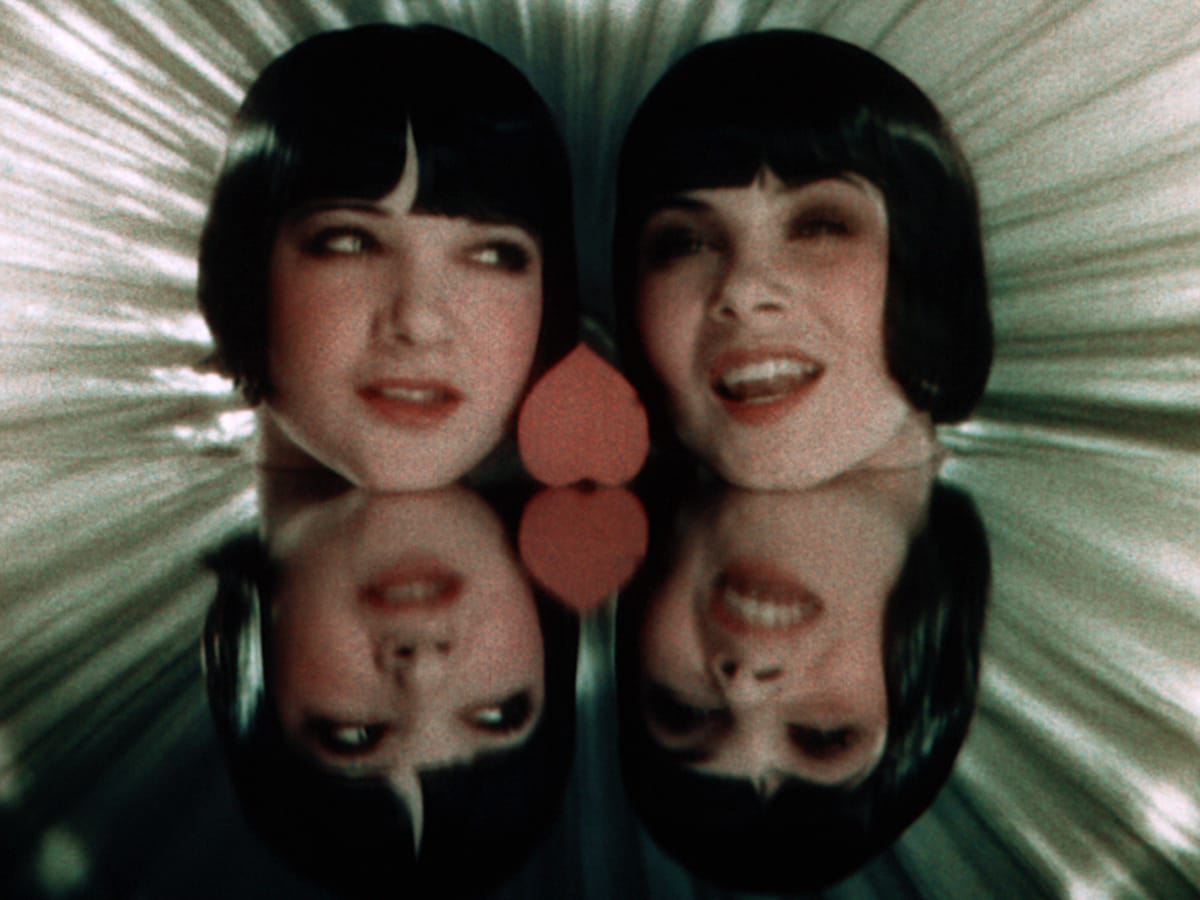 In the comedy bits, they seem superfluous but some are quite funny. The longest one I think is All Noisy on the Eastern Front, an obvious spoof of All Quiet on the Western Front. In this bit, a randy French girl keeps getting more and more American doughboy suitors who bring her more and more elaborate gifts. To keep one from finding the others, she keeps hiding them all about the house until the house is bombed.

It's only then that we find out exactly how many men she's entertaining.

Another skit, In Conference, has a woman walking in to find a man passionately embracing another woman. In a huff, she says they are through. The man turns to the other woman and says, "Well wifey, there goes the best stenographer I ever had!"

We can see where some King of Jazz footage is lost in how photographs were used with the soundtrack. This is not a distraction though it does weaken another funny comedy bit, Keyhole. In this, a man comes home unexpectedly, forcing his wife to hide her lover. Their child nearly spills the beans when he tells Daddy that 'a boogeyman' is in the closet. Finding the man there, the father berates him.

"What kind of man are you, scaring little children like that?".

Sequences like Keyhole, In Conference and All Noisy on the Eastern Front were probably very risque at the time, which is why King of Jazz may be an unrecognized Pre-Code feature.

Despite the loss of some footage on the whole King of Jazz is an extraordinary film, one that should be listed alongside Citizen Kane in terms of cinematic innovation. Again, it is not an actual film or even a musical. It's a revue with songs and skits. However, while a few comedy bits fall flat or are dated, and The Melting Pot of Music number fails to recognize the African-American roots of jazz, King of Jazz is a breathtakingly arresting film that is massive and lavish.