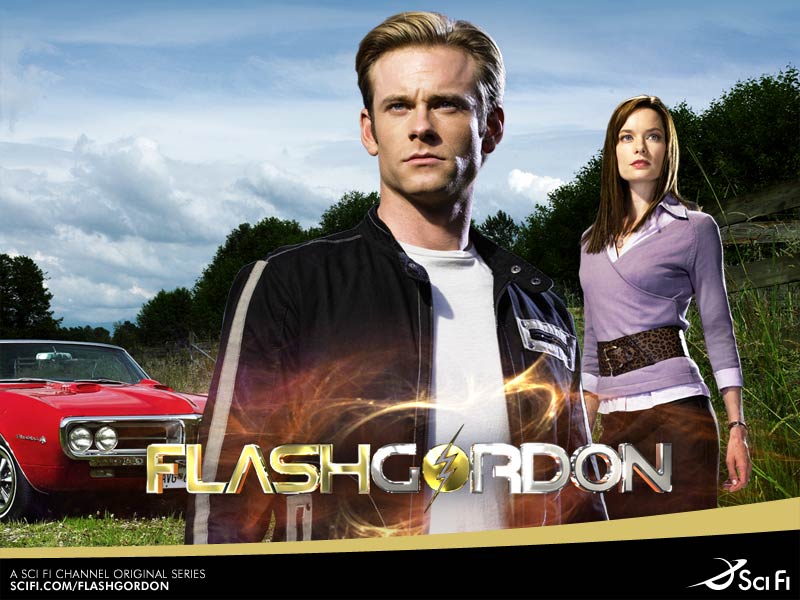 It has been more than a decade since Flash Gordon came and went on the Sci Fi Channel. It lasted all of one season before it got the ax.

I became aware of Flash Gordon: The Television Series, quite by accident, when looking for the new version of The Flash, which I still haven't seen but have been told great things about.  I have a weakness for little-seen television programs (Due South, Casablanca: The Series, The Cape, Journeyman, Live Shot, It's All Relative, Golden Boy, the original The Flash, the Doctor Who spinoff Class) and for programs that get critically pummeled (The Cape, the original The Flash).

I have an inborn sense of sympathy and/or empathy for either good shows made out to be bad or bad shows that I can't bring myself to trash.

Flash Gordon, despite the name recognition, failed to be a hit with either audiences or critics, who roundly trashed the show.  I'm sure those reviews didn't help, but it is surprising to me that Sci Fi would give up so quickly on a show they produced (and given it was made in Canada, not elaborately expensive).

Does the 2007 Flash Gordon television series* really deserve a bad reputation or is it warranted?  Is it an undiscovered treasure ready for a reevaluation and even cult appreciation or is it really just terrible and should be avoided?

There is only one way to find out. As such, I enter into the world of Flash Gordon.  It is time to take a second, or in my case, first look at this series and see for myself whether it should have a restoration or call it an abomination.

The nice thing is that I'm not a Flash Gordon fan and have no special attachment to the character, so I go in completely unprejudiced.

*There was a 1954 television version, which similarly lasted one season.