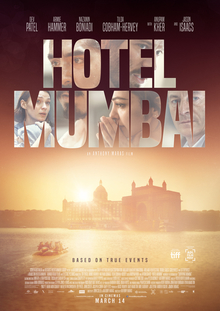 Can a film be based on a true story yet end up coming across as fake? Can a film detailing a horrifying act of terrorism instead turn out to be both exploitative and uninteresting? Hotel Mumbai makes the case for 'yes' on all counts. The film is well-intentioned but frustrating in its bungled efforts to gin up drama with cliches and a curious disengagement.

Covering the terrorist attacks that besieged the Indian city of Mumbai (formerly Bombay) on November 26, 2008, Hotel Mumbai focuses on the staff and guests at the ultra-luxurious Taj Mahal Palace Hotel. In the former category we have Arjun (Dev Patel), a young Sikh waiter with a wife, a child and another on the way. There is also Head Chef Oberoi (Anupam Kher), who runs his kitchen with a firm but elegant manner.

This Indian version of the Grand Budapest Hotel/Poseidon Adventure sails on undisturbed until Islamic terrorists storm the Taj, killing anyone in sight. With this group trapped before the ill-equipped Mumbai Police or the better-equipped Indian Special Forces can storm in, the staff and guests do their best to try and survive their nights of terror.

Some of them do not survive, including the terrorists taking orders from a mysterious figure via telephone known only as 'Brother Bull'. 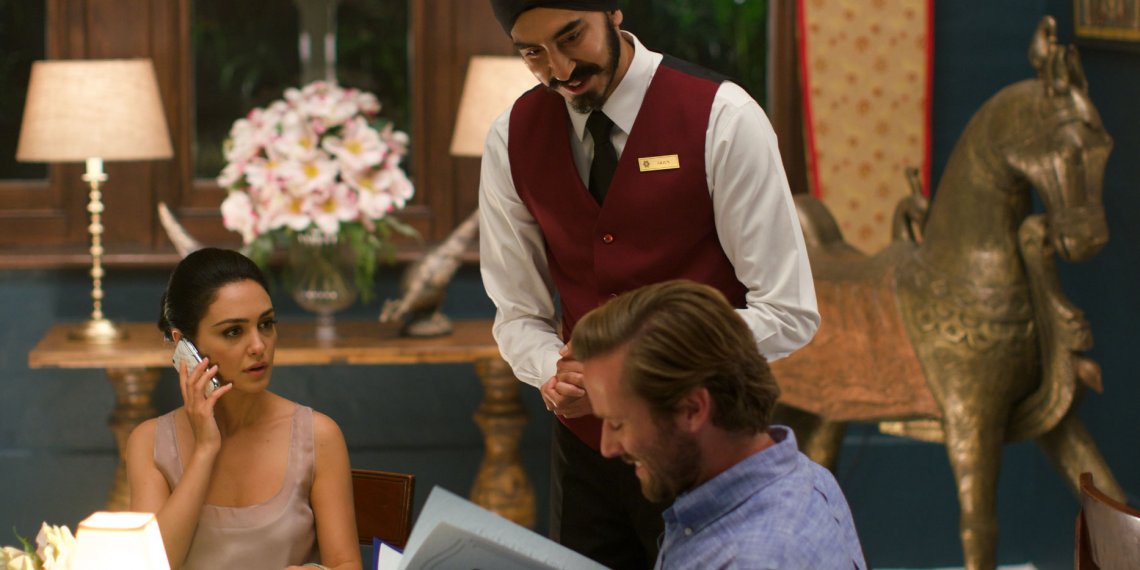 My mention of both Grand Budapest Hotel and Poseidon Adventure was intentional, as Hotel Mumbai ends up playing like an odd mashup of the two. What should be and could be a tale of courage and survival ends up as some land-based Titanic, with passengers and crew desperate to get off the sinking ship.

Perhaps Hotel Mumbai's greatest flaws is that it asks, if not demands for us to care about individuals we've barely met, if met at all. Take for example backpackers Bree (Natasha Liu Bordizzo) and her boyfriend Eddie (Angus McLaren). We met them literally minutes if not seconds before the terrorists start blowing up and shooting at the café they are in. Later on, Eddie and Bree, who became separated once they and others forced their way into the hotel for refuge, take different routes. Eddie jumps from the second floor to escape, injuring himself and dragged away screaming for Bree and never to be seen or heard from again. For her part, Bree ends up dead much later.

The problem here is that we could have cut them out entirely without affecting the story as a whole. Worse, for reasons I cannot fathom John Collee and director Anthony Maras' script seemed more interested in the terrorists than in the terrorized. The film took more time and interest in terrorist Imran (Amandeep Singh) than in Vasili or even Arjun. 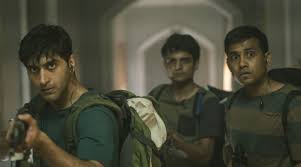 From his amazement at a toilet to his struggle to look for Bree's passport by going through the dead woman's bra (and thus, touching a woman) to his tearful call to his parents asking if they had received his martyrdom money to his inability to kill Zahra as she recites Islamic prayer, one genuinely wonders if Hotel Mumbai was about those doing the killing rather than about those getting their heads blown off left right and center. The film is not overtly sympathetic to the group of boys killing in the name of Allah, but they were more complex characters than the guests and staff save for Oberai, who was a mix of haughty and sensible.

Hotel Mumbai has a remoteness, a distance that makes it look more like The Poseidon Adventure than a true-life horror. This cannot be blamed entirely on the actors, as they were more a collection of sketches than fully fleshed-out individuals. From the briefly-seen Lady Wynn (Carmen Duncan), who throws in a little imperialism/white privilege to Zahra and Arjun, fearing either or both are 'one of them' to Isaacs' arrogant Russian to Hammer's dim-witted American, they play as caricatures than people even if they are fictitious.

I keep thinking that Hotel Mumbai would have been better if it had decided to focus on one or two characters primarily (say Arjun and/or Imran or even the beleaguered and overwhelmed Mumbai Police who decide to try and rescue people versus waiting for the Special Forces). Instead, it went for some Grand Hotel-like manner to where a cavalcade of characters flow in and out, throwing in some cliches like guests looking out for themselves, dying cell phones or even 'comedy' (at one point a terrorist takes a bite out of a cake then is 'fooled' into thinking it had pork).

This film is a sorry disappointment. Hotel Mumbai despite everyone's best and sincere efforts came across as remote, distant and worse off fake. It's a terrible disservice to those who were murdered during the days of terror.