Summer Under the Stars 2022: Some Thoughts 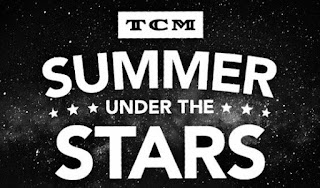 SUMMER UNDER THE STARS 2022

As we get ready for Turner Classic Movies annual Summer Under the Stars series, I note with some sadness how disappointed I am with this year's slate.

This is not to say that I am going to throw the baby out with the bathwater. Some selections are surprising: I never pictured that bombshell Raquel Welch would be featured on TCM's marathon of film stars. She and Jacqueline Bissett (whom I have advocated for in the past) make up the living performers, along with Clint Eastwood, last selected in 2018. Jane Powell missed being one of the living performers by a year, having died in 2021.

I do not know if Welch also fills the Hispanic slot, as she had not been cast in "Latin" parts for most of her career. Perhaps that slot is filled by Gilbert Roland, who like Welch is also I believe making his Summer Under the Stars debut and whom I have also championed as a SUTS player.

Roland and Greta Garbo appear to share the silent film slot, as I cannot find a performer who is known exclusively or primarily for silent films in the Buster Keaton or Mary Pickford style. The African American slot is filled by the late Sidney Poitier, who was last selected in 2017 when he was still alive. For the second year in a row, TCM has opted for an Asian actor in their foreign-language slot in Japan's Toshiro Mifune, following last year's surprise and welcome selection of his fellow Japanese, actress Setsuko Hara.

Other choices are for me sheer delights. As a longtime fan of his work, I am thrilled that Jack Carson is finally getting his moment. Despite her small filmography, seeing Vivien Leigh selected is also a pleasant surprise.

With that being said, I confess to being a bit miffed by how routine a lot of the selections are. Let's look at some of this year's Summer Under the Stars players and see when we last saw them.

The point is simple: we are now getting pretty much the same players, sometimes the same films for those same players, on repeat. I get that if you are going to select Orson Welles, you pretty much have to play Citizen Kane. However, it would be nice if they played something like F for Fake, Filming Othello or They'll Love Me When I'm Dead. Granted, the last might be difficult given it is a Netflix production. However, I do not see major licensing issues for the other two, though I may be wrong.

Why can't Elizabeth Taylor have A Little Night Music or Young Toscanini for her day? What prevents Little Nikita or Sneakers to be screened for Sidney Poitier's day? Marilyn Monroe could have 1964 documentary The Legend of Marilyn Monroe or the early dramas Don't Bother to Knock or Niagara versus the usual selections of Some Like it Hot, The Prince & The Showgirl or Gentlemen Prefer Blondes. The mischievous part of me would get a thrill if Turner Classic Movies dared show The Island of Dr. Moreau for Marlon Brando, but I could go with the 2015 documentary Listen to Me Marlon. Instead, it's back to Teahouse of the August Moon, Mutiny on the Bounty, Julius Caesar and Reflections in a Golden Eye.

The old hits. The familiar. What most TCM viewers have already encountered.

Yes, I understand licensing may be an issue, but is that a major reason to withhold Tortilla Soup or even Legally Blonde when it comes to Raquel Welch?

It astonishes me that Jack Carson's best performances (Cat on a Hot Tin Roof, Mildred Pierce, the 1954 version of A Star is Born) are not listed as part of his day. To my mind, this will give a limited view of his range, to pigeonhole him as a comedy star when he could do so much more.

It should be pointed out that Stockwell and von Sydow died in 2021 and 2020 respectively. As such, they could have been selected while they were still alive versus picking "names" that have been dead for over 20 to 30 years.

There are so many stars, or at least names that longtime TCM viewers will recognize. Instead, we are going to take another turn on the Speedway, finding out that You Can't Take It with You and finding if these really are The Best Years of Our Lives.

I am disillusioned with Summer Under the Stars both in terms of stars and features. Same stars, same films. I used to look forward to discovering new stars and new films. However, given that Turner Classic Movies is either unable or unwilling to search for either, why get excited?

Email ThisBlogThis!Share to TwitterShare to FacebookShare to Pinterest
Labels: Blogathon, Ruminations, Summer Under the Stars