The Second Doctor: An Introduction 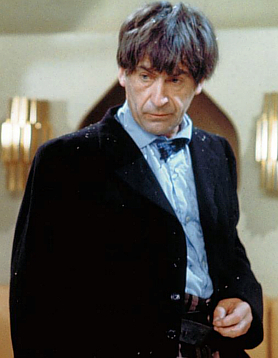 
**Author's Note: I had planned to review the Doctor Who catalog on this site, but given the sheer number of stories I opted to spin-off those reviews to a separate site: Gallifrey Exile. As such, readers will find reviews may hop from one site to another. Reviews are collected at a link at the end of this essay. Also, this essay was updated on January 2021.
In the documentary The Doctors: 30 Years of Time Travel & Beyond, the phrases used to describe the Second Doctor Patrick Troughton were that he had a "wizard" and "impish" quality to him. These are very apt descriptions. Troughton, I would add, had a whimsical quality to his Doctor. He could be harsh like the First Doctor, but he was rarely so. Instead, he brought humor, a touch of comedy, to a character who had been a bit severe.

Of course, all other Doctors owe a great thanks to him. He had the unenviable task of having to take over a distinctive character. How could they pull it off? Would the public accept another actor in the role? That they soon did. He, I think, not only had the talent for it, but he had a gentle face, which inspired trust. He soon had people believing that the Doctor had things about him that made a change in appearance possible. That is the key to his success in the role: not that he was another Doctor altogether, but merely a different Doctor. He could still be the same being, but one with a new face and new personality.

Troughton was funnier than Hartnell, more apt to avoid violence than charge straight into it as the First Doctor did. He became The Cosmic Hobo, a Doctor who somehow got himself into situations just by merely being there. That isn't to say the Second Doctor was dumb. Far from it: he was still highly intelligent. However, he wasn't a full-fledged adventurer but someone who, once he found himself in a dangerous situation, knew what the stakes were and got on with it. 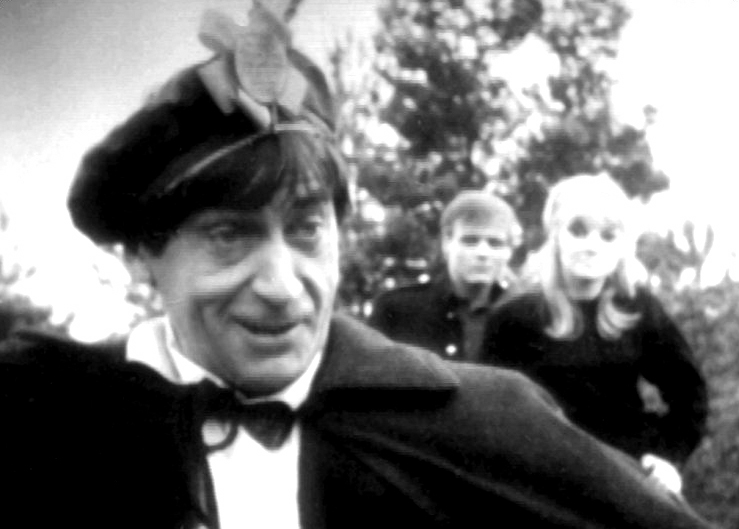 Above all else, it's the humor that Patrick Troughton brought that makes him a success. He brought that wonderful whimsy to just about everything around him. This isn't to say he made the Doctor into a joke. Rather, the Second Doctor had a little twinkle in his eye, not afraid of seeing the sunny side of life as it were. He had a charm all his own, and if he looked a little silly it was only because he thought the situation was more a slight inconvenience than anything else. Nothing shows that more than whenever he started to play his recorder. He could be trapped in cell, his life in imminent danger, and there he'd be, playing Twinkle, Twinkle Little Star.

That's what makes his case especially tragic. Out of twenty-one stories, only six survive complete.*

His debut story, The Power of the Daleks, has no know complete episodes, as do the stories The Highlanders, The Macra Terror and Fury from the Deep.

It might be easier to say which stories survive in full: The Tomb of the Cybermen, The Dominators, The Mind Robber, The Krotons, The Seeds of Death, and The War Games. It's a curious irony that the Doctor with the most missing/incomplete stories has the longest intact story still around (The War Games). 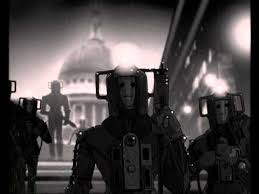 To have as many Second Doctor stories available, the BBC is taking to animation. The Invasion has two of its eight episodes missing, but it was released on DVD thanks to animating the missing episodes and matching them to the surviving audio track. The animation is quite good and remarkably effective. The appearance of the Cybermen in the animated version, according to an artist friend, was actually more effective and frightening than in the recap where the live-action version was seen.
However, perhaps in a rush to get as many missing/incomplete Second Doctor stories out, I think the animation has gone downhill a bit. I was aghast at how bad the animation was for the human figures in The Power of the Daleks. That is just my personal view, however, and to their credit at least these stories are becoming available, with always the hope for the discovery of the actual broadcast episodes still alive.

Out of all the stories available as of this original writing, I think the best is The Mind Robber. It's certainly something never before tried: mixing the fantasy world a captive writer has to create with the elements of science fiction. It also has at the end of Episode One simply the most beautiful sights I've ever seen in any Doctor Who story. I also think The Invasion is quite good and very effective.

A former Companion in the 30 Years of Time Travel and Beyond documentary reflected that the story was almost prophetic about how the attack on London could reflect what was to happen in the future: the nerve gas attack in Tokyo was the example. In fact, I don't think there's a bad story among the DVDs available: The Tomb of the Cybermen, The Mind Robber, The Invasion, and The Seeds of Death.


Out of the collection of surviving episodes under the title Lost In Time (either separate or a box set with the First Doctor): The Underwater Menace, The Moonbase, The Faceless Ones, The Evil of the Daleks, The Abominable Snowmen, The Enemy of the World, The Web of Fear, The Wheel in Space, and The Space Pirates, I think The Abominable Snowmen, The Underwater Menace, and The Enemy of the World would be great stories if found or recreated.

*Update: In 2013 all missing episodes of The Enemy of the World were rediscovered in Nigeria, along with all but one episode of The Web of Fear.  With this, the former, which had been an incomplete story, is now complete.  In 2011, a second episode of The Underwater Menace was also rediscovered, bringing that story now to half-complete.  As of this update, The Power of the Daleks, The Highlanders, and Fury From the Deep remain the only Second Doctor stories to have no surviving episodes known to exist.
Posted by Rick at 6:27 PM

Email ThisBlogThis!Share to TwitterShare to FacebookShare to Pinterest
Labels: 2nd Doctor, Doctor Who