I Want Your Money: A Review I WANT YOUR MONEY

Are conservatives just incapable of making good movies? It is as if those on the right are still looking in vain for their Michael Moore, their Morgan Spurlock (whom I lovingly call Mor-Lock), someone who can make a non-fiction film both manipulative and entertaining? Say what you will of Moore and Mor-Lock, at least they know how to put a movie together.

I Want Your Money is now the latest effort by a right-winger to give us his take on current events, and while it being an improvement over some other efforts (Celsius 41.11, Weapon of Mass Destruction: The Murderous Reign of Saddam Hussein), it just seems that they are still working at getting it right (no pun intended).

Director Ray Griggs serves not as narrator but as guide, speaking to us directly, to set up his premise: starting from the 1940's, there have been two competing economic/political ideologies in American life. On the one hand, there is the one best articulated by President Ronald Reagan:

Government is not the solution to our problems. Government IS the problem.

On the other, there is the one best articulated by President Barack Obama:

The question we ask today is NOT whether our government is too big or
too small but whether or not it works.

In short, while one has a mistrust of government (especially in economic management) the other has a full trust in government (especially in economic management). Griggs sets his case up by going through the past 60 years, suggesting that every twenty or so we have basically the same liberal policies which, according to Griggs, always have the same result: failure and greater government dependency.

Griggs makes his case with the example of California, a state that is teetering on total insolvency, and takes us on some Tea Party rallies. Throughout I Want Your Money, Griggs tells us his thoughts from the beauty of former President Reagan's Rancho Del Cielo and Washington D.C., and intercuts interviews with a cavalcade of conservative commentators and politicians ranging from Steve Forbes and Star Parker to Mike Huckabee and Newt Gingrich. 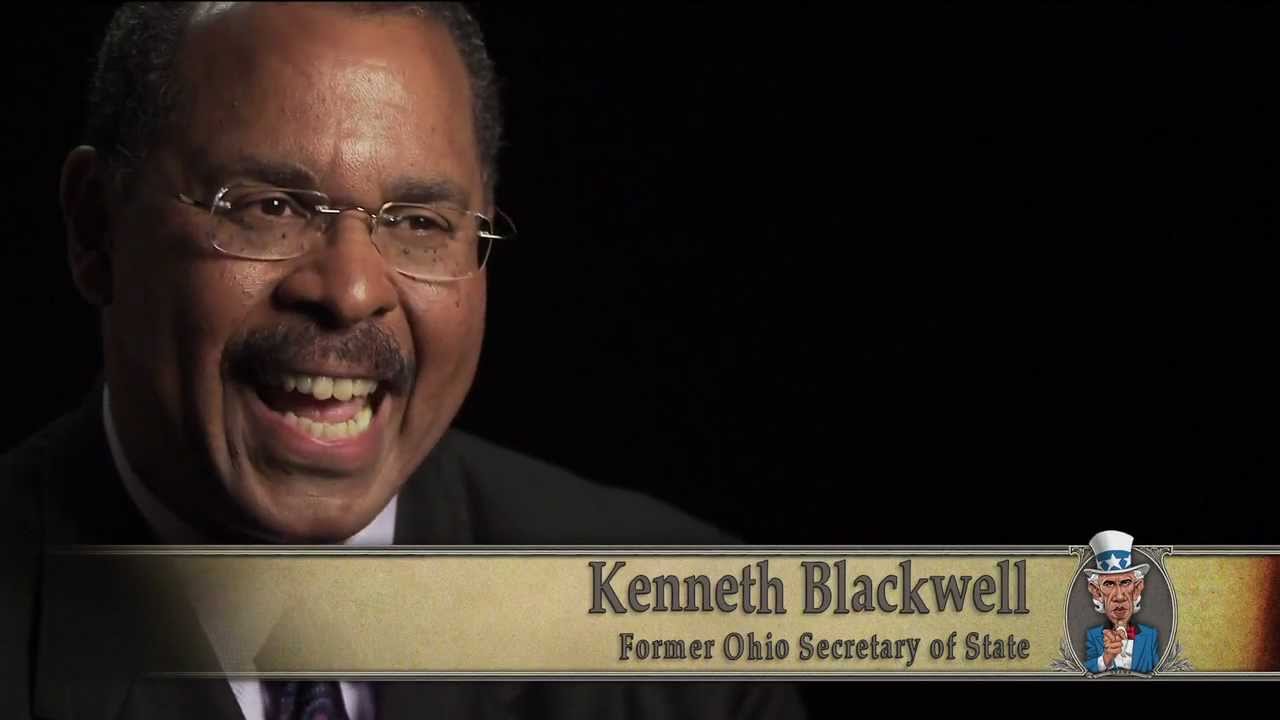 What you think of I Want Your Money may come from where you stand on the political spectrum, but on an artistic level, Riggs opted for some rather strange choices. The bulk of I Want Your Money has a gaggle of animated figures of former Presidents Reagan, Obama, both Bushes, Carter, Clinton, and even Nixon (pity he forgot Ford) and a few other political figures (former Alaska Governor Sarah Palin, Speaker of the House Nancy Pelosi, Secretary of State Hillary Clinton, California Governor Arnold Schwarzenegger) in a variety of situations which serve to tell various stories.

Some of the details within the animation are quite clever. Take for example when we first see the Oval Office. We are treated to none-too-subtle hints of President Obama's penchant for self-importance (down to having the President's face plastered onto paintings in the style of Andy Warhol and even onto a portrait of George Washington). Griggs, to his credit, takes equal shots at almost all the political figures (having President Clinton hit on Palin and Pelosi and Secretary Clinton slapping him at every turn, Bush Jr. barely able to speak, Palin being a giggling girl), though he is respectful to Reagan.

While they do serve their purpose of illustrating Grigg's views on economics and government involvement (no pun intended), at times they go for the obviously easy target than tackle a complex issue. 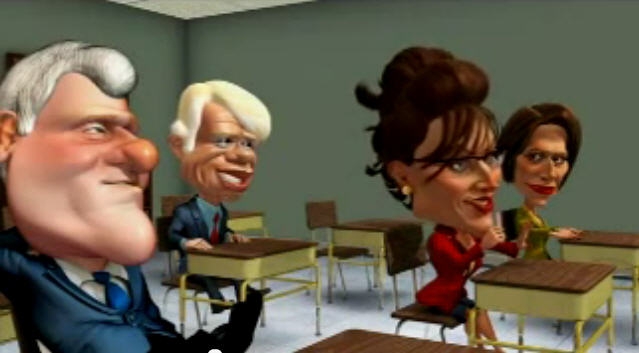 Let's be clear: there is no intent of being non-partisan. I Want Your Money is practically naked in its view that Reagan's philosophy is better than Obama's and is a film that is fully in favor of the Tea Party Movement. I don't begrudge them that: most documentaries nowadays are shamelessly biased. However, Griggs doesn't know when to take advantage of certain scenes and information.

One odd moment is when Riggs is running up the Lincoln Memorial a la Rocky (right down to the grey sweatsuit). There's no attempt to make the connection between that iconic character's struggle to win and the average American's struggle to overcome an increasingly intrusive government. Griggs comes off as passionate but we really have no idea who he is or why he is taking on this subject. I wondered if he couldn't get whatever conservative Hollywood has (Jon Voight? Gary Sinise?) to narrate or host. When Ray Griggs first appears, the natural question to ask is, "Who is Ray Griggs?"

Given some of the information and footage I Want Your Money has, Griggs would have been better served to rely on the opposition's own words to make his case. A highlight: Speaker Pelosi's bizarre assertion that "we need to pass the bill in order to know what's in it" when referencing the Affordable Care Act (better known as Obamacare).

Griggs seemed more intent on making an animated feature to make his case then whatever actual information he has at hand. There is a wealth of information at his disposal: statistics from the Great Depression and how government agencies like the Postal Service and Social Security are either bankrupt or on the verge of it.  It seems odd that he won't go there.

He also touches lightly on important points: the criticisms of Reagan's economic policies on the issues of debt growth and who exactly benefited from the tax cuts (though he is slightly harsher on Bush Jr.'s spending, especially on Iraq). In short, Griggs would have had a better film if he'd stepped away from the camera and simply balanced the ideologies of Reagan and Obama. There is some wonderful footage which unfortunately wasn't used to the best of its potential. Who doesn't want to remember President Carter's Malaise Speech, one of the lowest points of any Presidency, or go to Reagan's A Time For Choosing Speech, which didn't save Goldwater but launched his own political ascendancy. Griggs could also have taken more time to present the Tea Party Movement members as rational, thoughtful individuals rather than the lunatics they are commonly portrayed as. The interviews, while at times informative (Forbes is still going on about his beloved flat tax) are unimaginative in execution: all with the same black background as if they were done all in the same room.

Given all that, I Want Your Money might not be worth your money. For conservatives, it is preaching to the choir. For liberals, it is a call to arms against the rising tide of Tea Party activism. In either case, there is just enough to make one question where one stands. Ray Griggs is not the right-wing answer to Michael Moore, but he may be taking the right step.