IT'S KIND OF A FUNNY STORY

Call it a case of really bad timing.

It's Kind of A Funny Story begins with a sixteen year old Craig (Keir Gilchrist) contemplating suicide on the Brooklyn Bridge, eventually falling into the water at the end of this dream sequence. It has the unfortunate case of being released two weeks after the tragic suicide of Tyler Clementi off the George Washington Bridge due to being shamed out of the closet, which makes that particular scene difficult to watch.

Given that, it makes It's Kind of A Funny Story even harder to appreciate, because what we see is not a young man close to having exceptional problems but rather an ordinary kid who doesn't know the first thing about true emotional/mental pain.

Craig (Kier Gilchrist) has decided his life is not worth living, so he checks himself into a psychiatric hospital for his claims of suicidal tendencies. He soon realizes he may have to stay there for 30 days, horrifying him. Informed by head psychiatrist Dr. Minerva (Viola Davis) that he'll have to stay there at least five days, he opts to make the best of it.

A plot device, I mean, remodeling in the teen wing of the hospital, forces Craig to stick it out with the adults. He meets Bobby (Zach Galifianakis), who appears to be the unofficial King of the Ward. He also encounters another teen, Noelle (Emma Roberts), who while not stated appears to be a cutter. In that week, Craig discovers a few things:
It may be my upbringing, but the situations Craig feels are pushing him to the edge don't appear to be anything that any other teenager has ever faced. Not fitting in with all his classmates, including his frienemy Aaron Fitzcarraldo (Thomas Mann) and sacrificing his own artistic talents to please his father (Jim Gaffigan) is not new, familiar, or really reason enough to go into the funny farm.

Side note: the only thing I could think about when I heard 'Fitzcarraldo' was the brilliant Werner Herzog film of the same name and wondered if they got that from Herzog and not the novel by Ned Vizzini, or did Vizzini get the name from Herzog?

In fact, throughout It's Kind of A Funny Story, Craig came off as the straight teenage version of David Sedaris (sometimes right down to the speaking voice), which is NOT a compliment. He didn't seem to be suffering from a major mental breakdown more than he suffered from a whiny, odd form of self-absorption (just like Sedaris). In fact, Craig seemed to check into the psychiatric hospital almost as a spur of the moment decision, as if it were a whim.

The film seemed to be full of clichés and efforts to be artsy, courtesy of co-directors/writers Anna Boden and Ryan Fleck. You have the collection of lovable eccentrics (like the Egyptian recluse who won't leave his room, the Hasidic acid tripper, and the woman who was driven insane/paranoid by the PATRIOT Act--another thing that is George W. Bush's fault). You have Bobby's real reason for being at the psychiatric ward, a reason that isn't all that original and is a shameless attempt to tug at our heartstrings. You have Craig declaring his love for one woman while another one just happens to come in at that exact time. You have Craig's narration, which oddly doesn't give us that much insight into Craig's mindset. 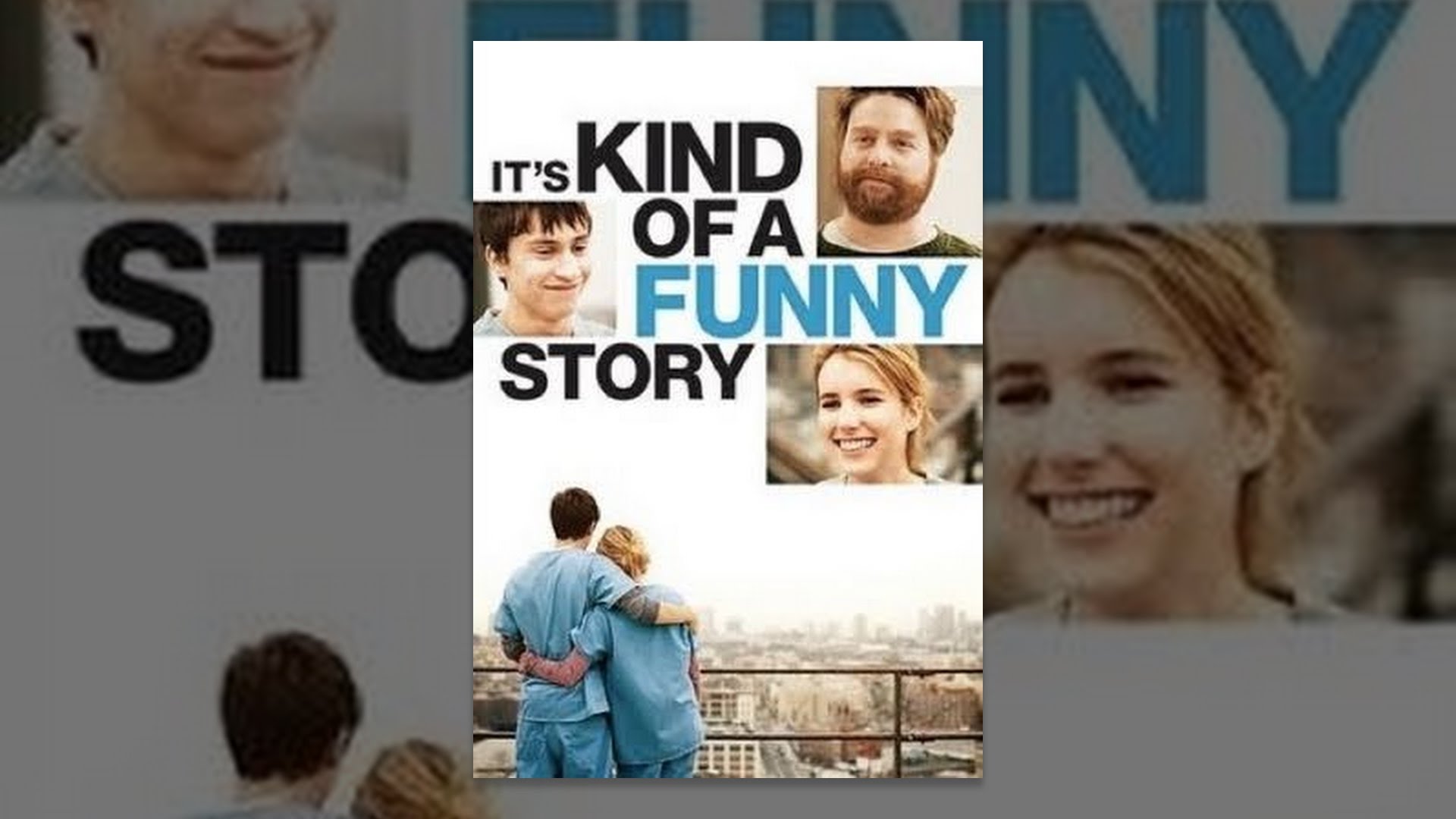 The scenes are at times quite difficult to tolerate in their efforts to be artistic. You have animated scenes of Craig's art, you have his narrating the difficulties of his special school, but the lowest point is when as part of music therapy Craig has to sing Under Pressure. Something so obvious could barely be endured, but when it slips into a full-scale musical moment with Craig being Freddie Mercury and Bobby turning into David Bowie while both lipsynching just becomes so annoying.

Also, whenever a character used a pay phone, all I could do was wonder exactly how many people would not know exactly what a pay phone is, given they are now virtually extinct, yet I digress.

The performances also have issues. Gilchrist for most of the movie is a bit zombie-like, with a monotone and no real moment in his face. However, given he's channeling David Sedaris (who is pretty much the same at his readings), I'll give him some slack. Both Gaffigan and Lauren Graham as Craig's parents have little to do in It's Kind of A Funny Story, and when they do show up they appear to be rather blank. Davis is taking the film and her performance more serious than perhaps she should, since the film borders the area between comedy and drama.

However, there are a few saving graces. Roberts is displaying a wonderful range in her performance as the actually-troubled Noelle, a girl who has to work on her issues and finds a connection with the only other teen in the ward. She is developing into a strong actress who, if she continues taking good roles, will assure herself a long career.

The central role oddly is not Gilchrist but Galifianakis (his first appearance had the audience already laughing). He tones down whatever high-level lunacy he usually has to give a soft performance of a conflicted man, but still manages to show a more zany side to Bobby. He is going for a more nuanced and dramatic part, and he achieves it, giving a strong performance while not totally drowning in the sentimentality the script gives him.

There are some wonderful pieces in It's Kind of A Funny Story. The scene between Gilchrist and Roberts where they talk using only questions was quite good, as are the scenes between Gilchrist and Davis as she questions him about his life and those between Galifianakis and Gilchrist. It's unfortunate that those moments are pushed out by the overtly artistic efforts of the filmmakers and scenes of Craig vomiting to express stress.

I am conflicted by It's Kind of A Funny Story. As I look back at it the bad things (the efforts at being clever and artsy) outweigh the good (some really good acting by Roberts and Galifianakis). Call me crazy, but it really wasn't all that funny.