The Manchurian Candidate (1962): A Review The United States is unique among nations. Throughout the two hundred-plus years the Republic has existed, the transfer of power has been legal and peaceful, where one person relinquishes power to a duly-elected successor. The United States has had no military coups, no overthrow of the government by an invading force. There has been only one major invasion of the United States (The War of 1812), with a lesser invasion in 1916 when Pancho Villa raided Columbus, New Mexico. There has been only one violent rebellion as well: the Civil War.

Curiously, American films have had a fascination with the overthrow of the U.S. government. Among those is John Frankenheimer's The Manchurian Candidate, a brilliant study of Cold War paranoia mixed with a psychological thriller and anchored with some of the finest performances from a group of extraordinary actors.

During the Korean War, a group of U.S. soldiers is captured by the enemy. They escape with only two casualties, and the man responsible for their rescue, Staff Sergeant Raymond Shaw (Laurence Harvey) is given the Medal of Honor through the recommendation of the highest-ranking officer in the captured platoon, Captain Bennett Marco (Frank Sinatra). 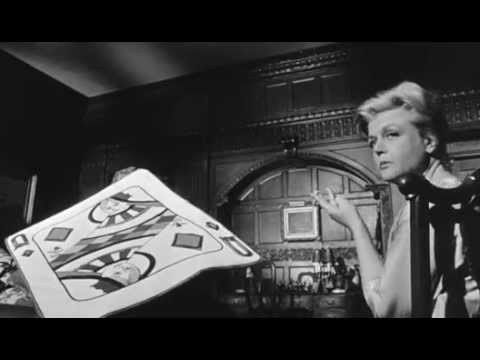 Shaw is none too pleased that his commendation is being manipulated by his stepfather, right-wing Senator John Iselin (James Gregory) and his mother, Mrs. Iselin (Angela Lansbury), both of whom Shaw despises. Soon, Marco begins having recurrent dreams that he and his platoon are at a garden club meeting that shifts into a gathering of Soviet and Chinese Communist military officials.

Even more horrifying in the dream is that Shaw, rather than having rescued the platoon, actually killed the two members who did not return, having been brainwashed by his Communist handlers. Marco's fears that Shaw may be an unwitting covert assassin for the Red powers are first dismissed by his superiors, but when a second member of the platoon states he has been having the same dream they become suspicious that there may be something going on.

Marco is ordered to keep an eye on Shaw, who now writes for a newspaper (the previous writer and Shaw's mentor having been mysteriously murdered). Shaw tells him of his doomed romance with Jocie Jordan (Leslie Parrish), who happens to be the daughter of Senator Iselin's political rival, fellow Senator Thomas Jordan (John McGiver), a romance broken up by the manipulative Mrs. Iselin.

As fate would have it, Jocie comes back into Raymond's life, courtesy of Mrs. Iselin, who sees a marriage between Raymond and Jocie as a way of controlling Senator Jordan. However, Jordan will not consent to having Iselin placed as the Vice-Presidential candidate of the party. Jordan then, will have to be taken care of.

Marco, aided by Rosie Chaney (Janet Leigh), a mysterious woman Marco meets on a train, realizes that the suggestion of solitaire will leave Shaw open to taking orders, and when he sees the Queen of Diamonds he will follow the first suggestion given to him. Marco soon fears that Shaw will be used to get Iselin not onto the Vice-Presidency, but the Presidency itself, leaving both the Senator and his wife in power, with dangerous results.

Frankenheimer and scriptwriter George Axelrod took Richard Condon's novel and created a frightening film not just about political assassination, but also about the evil that people will do in order to gain power. The Manchurian Candidate has some bravura scenes, in particular the Garden Club meeting, where Frankenheimer manages to meld the conflicting scenes between what the soldiers see and what is reality brilliantly. The assassination of Senator Jordan is also brilliantly shot.

Frankenheimer has no music to intrude on this horrifying scene, but it is a frightening moment not just because they are being murdered but because we know Shaw is not evil for doing so. Frankenheimer even manages to say a lot about the characters without being overt.

At the Costume Party the Iselins give for the Jordans, Mrs. Iselin's costume of a Shepherdess suggests that she may appear the epitome of genteel womanhood, she really is controlling the masses, while Raymond's costume of a cowboy looks for suited for a little boy than a grown man.

All these things enhance some of the best performances in the careers of everyone involved. Laurence Harvey portrays both the haughtiness and torment of Raymond Shaw, a man who has been ground into the earth by a manipulative and domineering mother. His best scenes are when he is broken emotionally, knowing that something is wildly wrong but not realizing just how controlled he is.

Sinatra delivers a great performance as Marco. He's both tough and smart, who is relentless in his pursuit of whoever is behind this dastardly plan but who also shifts his views of Shaw, from dislike to genuine sympathy. James Gregory's Senator Iselin captures the blowhard, pompous idiot that his character is. It's a curious thing that while he sounds in his Red-baiting like Senator Joe McCarthy he also happens to look a bit like Senator Barry Goldwater. McGiver and Parrish as the Jordans also give strong performances as people who get caught up in the machinations of foreign agents with tragic results.

The hallmark performance in The Manchurian Candidate is Angela Lansbury as Mrs. Iselin. She is cold, unscrupulous, thoroughly and irredeemably evil, a woman who will not shrink from using her own child to commit unspeakable acts (and, in a pivotal scene, strongly suggesting that she herself commits unspeakable acts with Raymond). Her barely masked contempt for both her husband and son (whom she refers to as her 'little boys') gives her a more menacing air. It is a brilliant performance of a cold-blooded monster.

Interestingly enough, while Leigh was also wonderful as Rosie, throughout The Manchurian Candidate one wonders exactly what her role was. Is Rosie also an agent assigned to Marco? Just a concerned bystander who falls for him? The mystery of who Rosie actually is isn't resolved, so we have to just guess she is just a woman Marco happened to meet who falls in love with him.

Credit also has to be given to Ferris Webster's editing, especially in the climatic convention scene. Webster's sped-up film and quick cutting reflects both the chaos of the convention and heightens the fear of the impending assassination.

If I find any flaw in The Manchurian Candidate, it is that I would have preferred, curiously enough, a more violent and graphic ending. Given the truly shocking twist a more visual punch would have made what we'd seen even more horrifying, let alone cathartic. Still, perhaps given the times it was made in, it was the most we would be able to get.