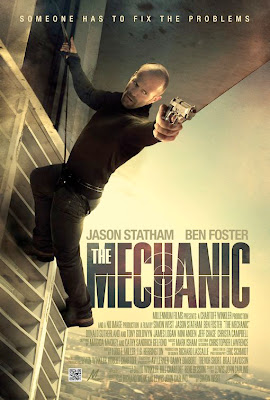 This is just a fact of life, like the rising of the sun and the turning of the tides: you don't go to a Jason Statham movie thinking it's going to be a character-driven piece. You go to a Jason Statham film to see people killed and things blown up, sometimes at the same time. Therefore, when going into The Mechanic, one has to go in with the understanding that this will not be a film that needs such trivialities as character development, story structure, or even plot. We Want People Blown Out or Blown Up, confound it!


It's a pretty safe bet Jason Statham won't be working for Werner Herzog anytime soon, and I doubt either would want to. Statham to his credit, knows what his job is, knows his limitations as an 'actor', and frankly, doesn't care. For good or ill, the intellectual level of any Jason Statham film is pretty low. Even by those standards, however, The Mechanic really failed to do what it could have done because the story never holds up.


Arthur Bishop (Statham) is a hit man, but a good hitman: good in that he kills only those who should be killed. Drug lords, other assassins, corrupt cult leaders, those are the types he will kill; he is contracted by a shadowy company headed up by Dean (Tony Goldwyn), and the newest contract is one too close to home: his mentor, Harry (Donald Sutherland), who is in a wheelchair to top it off. Once Bishop learns that Harry is responsible for several of his compatriot's deaths, it does become a little easier to follow through, though not by much.

Once Harry's dead, his dissolute son Steve (Ben Foster), comes back to New Orleans seeking revenge for his father's murder. Instead, Bishop takes him on as an apprentice and trains him in the art of killing, a remarkable feat given Steve is hot-headed, at times irrational, a drunk and pot-smoker: all things that the professional and disciplined Bishop opposes. After Bishop and Steve have filled out two contracts (both of which the hotshot rookie nearly bungled), Bishop learns a shocking twist involving a major conspiracy within the Company, but Steve also discovers the truth about Harry's killing. Both are now united in their determination to get Dean, but will they catch on that one or both know that the other knows? 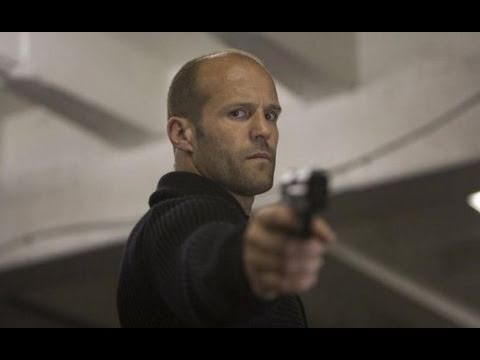 I can enjoy mindless entertainment: I stand by my enjoyment of The Transporter and the first three Fast & Furious films and will say they are good films; not Citizen Kane good but good in the way a double cheeseburger is good: unhealthy perhaps, but damn delicious. This is especially true in a Jason Statham film, since his whole career has been built on giving mindless entertainment to his fan base: teenage boys and those who think like them.

In The Mechanic, he doesn't go far from his persona: a guy who kills. He brings all his Jason Statham mannerisms: a growling East End British voice, his distinctive bald head with a hint of hair, and his complete lack of facial expression barring a scowl. Therefore, when I went into the theater, I was expecting nothing more than a lot of violence, a lot of killing, a lot of action. Certainly, The Mechanic delivers these things, oftentimes quite gruesomely; in one sequence, we do see, albeit from a great height, what a body crashing on cement would look like.


The problem with The Mechanic is that it leaves people who think about plot or character development scratching their heads. Yes, I'm aware these types of films don't necessarily have any of those, but The Mechanic does make the attempt to have those things. We are suppose to believe that Steve has some knowledge of Harry's work and in what esteem Harry had for Bishop, so there would be great dramatic tension between Steve (the son Harry got) and Bishop (the son Harry wanted). However, we never see the exploration between their characters. We never understand why Bishop would want to take Steve under his wing. I figure some vague sense of guilt but given Statham's near total lack of actual acting we can never gauge his emotions if we were to use his face or voice to let us know all that. There is also a strange sequence involving Steve and a rival hitman, Burke (Jeff Chase). The whole sequence, if one things about it, shows Bishop to be highly calculating in keeping Steve in the dark, but it also to my mind taps into the latent homophobia Statham fans (teenage boys and those who think like them) may have. As the scene progresses, one wonders how far Steve will go to do things his way. It certainly is a new twist in how hitmen are portrayed but I wonder if director Simon West needed to go as far as he did in this scene.


The characters are rather cliche: the upstart and undisciplined assassin trainee who doesn't go for that clean kill crap (Steve), the rather campy villain (Dean), even the girl with no name who basically serves as Statham's sexual outlet. It's good to see women are really good for nothing more than a distraction for an hour or two, and while Mini Anden's character does have a name (it is Sarah), I don't remember ever hearing it.

Then again, it really isn't necessary to learn it since she really isn't necessary to Richard Wenk and Lewis John Carlino's screenplay (adapting the original 1972 Charles Bronson film which I have yet to see so I can't compare it to the remake). I suspect she serves to remind audiences that Bishop himself is not gay and unlike Burke (and perhaps Steve) has no homosexual inclinations or suggestions.


There certainly were many action sequences, though none blew me out of the water (although some actually did take place in the water). The killing of the cult leader was perhaps the most dramatic, but at times The Mechanic was far too enamored of how easy it was to kill people off. For example, when Steve witnesses his first kill, he seems remarkably emotionalless about it, almost as if it's a bit surprising the man was getting killed but nothing all that out of the ordinary.

Now, I have to say that I've seen Foster only in X Men: The Last Stand as Angel, so I believe he has talent as an actor given his performance there and here, albeit one where action is more important than acting in both films (which were on the whole, either not very good or downright terrible). It is fun to see Sutherland in basically a cameo to get the story rolling (no pun intended) and he certainly seems to revel in doing an action picture, though again whatever drama there could be (or even lightness or anything that could pass for friendship between Steve and Bishop) is not there in The Mechanic.

Finally, I want to criticize the ending. When we come to what could have been the ending, we would have had a film that had a touch of pathos to conclude it. However, we have to have one last twist which seemed created to please Statham's reputation rather than serve the story. Given his guilt over killing his mentor/Steve's father, we could have had the film close well. Instead, we have an ending we should have seen coming.


Again, I'm of the mind that certain films should be judged by the standard they are trying to meet. The Mechanic is trying to be a mindless perhaps brainless action film, and it does come close. Some of the action sequences are intense. I would argue The Mechanic sometimes falls when it asks Jason Statham to act: there is a scene when he is I figure suppose to be contemplating his actions, but given he cannot register emotion, it's only a wild guess.

It would ultimately be best to wait for The Mechanic to be on DVD, and only if there are few choices. Going to see it in theaters is like going to a real-life mechanic: you more than likely will be overcharged for the services rendered.