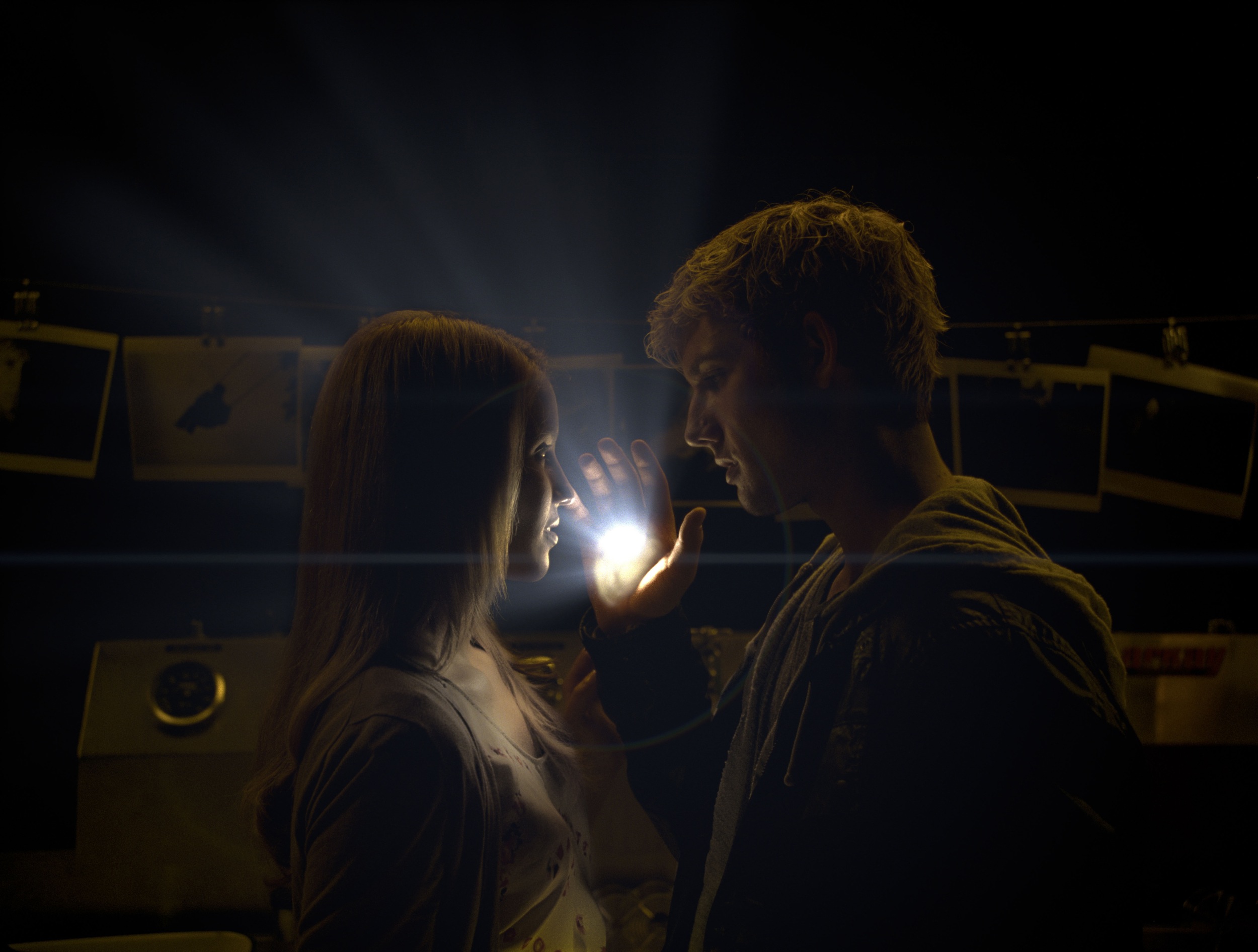 I AM NUMBER FOUR

In the great scheme of things, I Am Number Four is no different than other films based on young adult series such as Percy Jackson & The Olympians or Stormbreaker (which curiously enough also starred Alex Prettyfer, I mean Pettyfer). Now, there are a few good things in I Am Number Four that would almost warrant further adventures with our young leads.

However, there are also some things within it that may lead it to suffer the same fate as The Lightning Thief, a movie that promises to be the first of many but which was executed in such a way that such a prospect is generally unwanted or unnecessary.

Number Four (Pettyfer) is we soon learn, an alien from the planet Lorien (for some reason the Elves from The Lord of The Rings popped into my mind when hearing the name Lorien, perhaps because it is similar to the Elven land of Lothlórien). He has been sent to Earth along with eight other of his kind to escape the murderous Mogadorians, who can kill the refugees only in sequential order. Numbers 1, 2, and 3 have already been dispatched, and since He Is Number Four, he is next.

That being the case, Number Four, now named John Smith, and his protector Henri (Timothy Olyphant) flee to Paradise, Ohio. There, John does his best to not stick out, but the neighborhood bully Mark (Jake Abel) takes an instant dislike to the new guy. John soon starts a friendship with Sam (Callam McAuliffe), a boy whose father, a UFO enthusiast, disappeared several years ago. John also attracts the attention of Sarah (Dianna Agron), who has a passion for photography.

I don't think it will be a stretch to hit on the things in I Am Number Four that aren't cliches in young adult novels: alien falls in love with girl, villains and wacky sidekick discover hero's true identity, hero has to dispatch group of bullies, and a deus ex machina comes to save hero at most opportune time: the D.E.M. in this case being Number 6 (Teresa Palmer) who has tracked down Number Four judging from her accent from Australia to Ohio.

After a brutal battle with the Mogadorians, Numbers Four & Six along with Sam, who will seek out his father, go in search of I presume Numbers Five, Seven, Eight, and Nine, while Sarah and now-friend Mark stay behind, waiting and longing for their return.

The source material for I Am Number Four is from the first of a series by Pittacus Lore, which is the nom de plume of Jobie Hughes and James Frey, the latter the author of A Million Little Lies, I mean, A Million Little Pieces. As I watched the film and wrote the summary down, it surprises me that a pastiche of plot points from other stories could have inspired either a major book series or a hoped-for franchise.

You take some Return to Witch Mountain, a bit of the television show Roswell, throw in some Superman, even with the villain Mogadorians, which appear to be Klingon cousins, and you have I Am Number Four. It's one thing to make up your memoirs, but when you can't even put in a new spin on things we've already seen before, then Jobie Hughes and James Lie, I mean, Frey, along with screenwriters Alfred Gough, Miles Millar, and Marti Noxon are asking all of us to believe that a total of five people working in tandem could not come up with anything particularly original.

I figure that perhaps I am too harsh when it comes to young adult fiction. Sometimes a basic story will do for people who at times are force-fed Hemingway or Christie or Shakespeare if it will help get them to enjoy reading for pleasure. That could have been forgiven, but as directed by D.J. Caruso, the performances in I Am Number Four are so amazingly flat that one wonders whether he thinks all teens are like those from the Twilight series.

Pettyfer and especially Agron look so terribly blank throughout I Am Number Four, registering little to no emotion throughout their relationship, as if mistaking whispers for drama. We can forgive Pettyfer for being a weak actor since he is cut from the same cloth that Robert Pattinson and Channing Tatum are made from: former/current models who used their looks to shift into a career before moving cameras rather than still ones. Yes, Alex Pettyfer is good-looking, and he handles the American accent well. However, there is a lot of staring in his work that is oddly reminiscent of the worst moments in The O.C. (oddly, another story I Am Number Four apparently took inspiration from).

Given that Agron is on Glee, it cannot be that her talents don't extend being choreographed in second-rate knockoffs of Top Forty hits jammed into whatever plotline the show has, right? I'll say one thing for her: it's nice to see a photographer use a still camera rather than go into the digital revolution. I digress to point out that the last time I brought a still camera to an event the teenager I asked to photograph me with it had absolutely no idea how to use it, so accustomed to digital cameras was she. In I Am Number Four, Sarah doesn't have a digital; she even develops her photos, and as a side note, to most teenagers I imagine the sight of a darkroom will be even more alien than a man who can emit light from his hands. 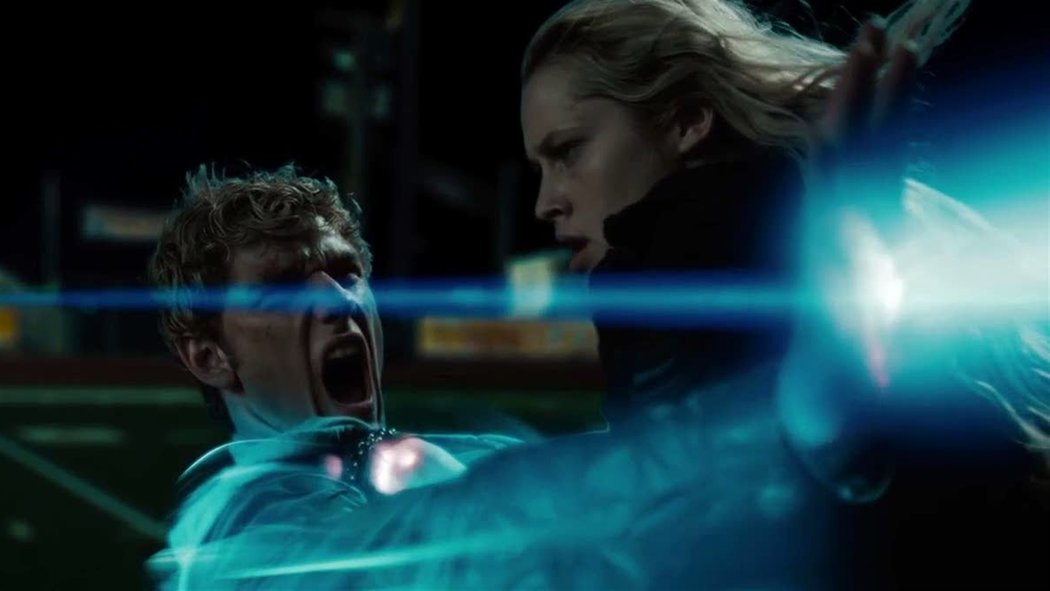 Their supporting cast, with one or two exceptions, doesn't do much for acting either. I haven't seen Justified, though I've heard great things about it, but if I were to judge Olyphant's acting by I Am Number Four, I confess to being mystified by all the praise that show has gotten. Here, Olyphant is remarkably disinterested in John's life. There is a scene between Olyphant and Pettyfer that shows either that the two are bad actors or were badly directed. What should have been an exciting and emotional scene between John and Henri (his surrogate father figure) ends up on screen looking as if both are rather bored with the whole situation.

Jake Abel has these Jim Breuer-eyes to where I thought they were related, and his Mark was your typical bully with nothing going for him except being a foil for whatever romance there was, kind of like Luke in The O.C., and in a strange twist Abel played a character named Luke in Percy Jackson & The Olympians: The Lightning Thief. How the wheel turns.

The only cast members who did a decent to good job were McAuliffe and Palmer. Palmer's Number Six is the only really proactive character, and it was fun listening to an Australian accent so as to show the Nine were dispatched all over the world. Granted, her tough-girl bit was a bit cliche, especially having her walk away in slow-motion while the house behind her explodes, but perhaps things like this appeal to kids.

McAuliffe is especially impressive since he was so convincing as the nerdy American that one would never realize he's actually Australian. Again, there were moments when he came close to building a strong character, but when he confronts John about his true identity, the acting is weak with both of them. Given that, I think the fault lies more with the directing than the individual actors.

It doesn't help that Michael Bay, the filmmaker who revels in gaudy explosions, damn the plot, produced I Am Number Four. There is a big reliance on big bangs and massive action scenes that are at times difficult to follow and really don't build up characters. I suppose the fact that we never quite understand why the Mogadorians are after our lot would be answered in the next film, should there be a next film.

I suppose the fact that we get a strange plot point as to how Number Six was able to successfully track down Number Four, I guess skipping Numbers 1-3 while Henri apparently never thought of it or could figure out how to get to Numbers 5-9, would also be answered in the next film, because that is what I Am Number Four is building for. Like Percy Jackson, like The Last Airbender, today it appears movie makers don't make films without thinking of the possibility of sequels. Stand-alone movies appear to be in even more danger than Numbers 1-9.

I Am Number Four, unfortunately, is an attempt to make a series of films, which is not a good idea if one wants to make one good movie, let alone a series.

The failure of I Am Number Four can be summed up in what is suppose to be the most exciting sequence: the not-final confrontation between the Mogadorians and Numbers Four & Six with their human allies. It is appropriately loud, appropriately explosive, but the reactions of the cast is downright bizarre. Here so much destruction and mayhem has engulfed their school, and Sarah, and to a point Sam, can't register any fear or anxiety, only perhaps slight puzzlement, at seeing two giant monsters about to devour everything in its path.

In the end, I Am Number Four is not the start of a terrible franchise, because I don't believe there will be another in the series. This is not the way to make movies: taking any book series and expecting them to be a nearly endless source of movie material.

There are exceptions (Harry Potter, The Millennium Trilogy), but by and large if one attempts to tailor a franchise by trying to make the first one a massive thing as opposed to give us a chance to know the characters, it won't go. I think in the case of I Am Number Four, we won't be calling up his number anytime soon.