Snow Flower and the Secret Fan: A Review (Review #255) 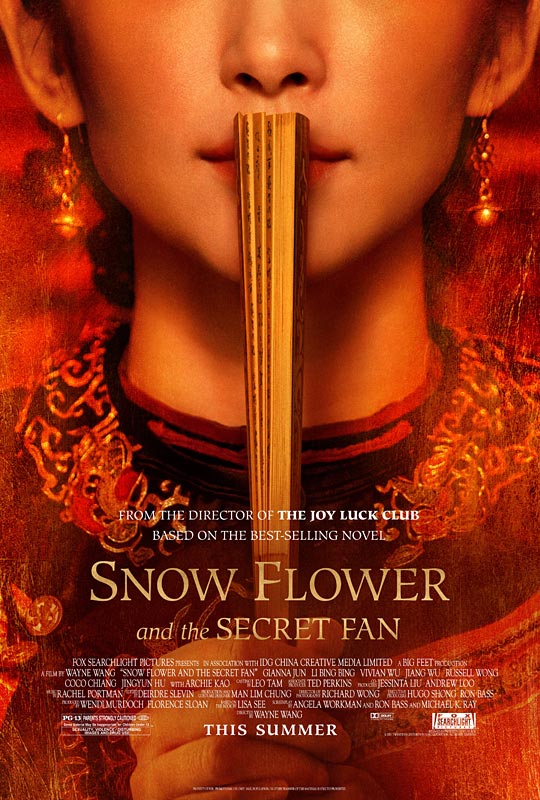 SNOW FLOWER AND THE SECRET FAN

I can't help thinking that somewhere in Snow Flower and the Secret Fan, a good movie was to be found.  Where exactly it went wrong is quite simple to find: it started almost from the beginning; the film to its detriment did not trust the audience, either those who had read Lisa See's novel on which the film was based on or those who hadn't.

This mistrust of the audience comes from the fact that Snow Flower and the Secret Fan went from one story to two stories: the actual story about Snow Flower (Gianna Jun) and Lily (Bingbing Li) in 19th Century China and the story of Sophia (Jun again) and Nina (Li again) in 21st Century Shanghai.  To make things a bit more complex, both stories are basically the same.  I'm not opposed to parallel stories per say, but here, I think it wasn't necessary and only served to make things more muddled.

Let's start with the ancient story.  Snow Flower is from a wealthy family, while Lily is from humble origins.  In 19th Century China, they had the lovely custom of foot-binding, where young girl's feet were purposely bound to shape them into a circle.  What price beauty?  Out of the shape of the feet, a matchmaker could find not only the appropriate spouse but also a laotong, a sister for life to whom one could confide the deepest secrets to the other.  The code for the laotong is cryptic writing within fans they would exchange (hence the title).

Lily's feet are perfect misshaped, so she is married to the son of a wealthy merchant.  Snow Flower's,  not so much, so it's off to the butcher's: literally, she gets married off to one.  We go through their lives as the sensitive Snow Flower grows to accept her sorry lot while the sensitive Lily empathizes for her friend as they live through tragedy after tragedy. 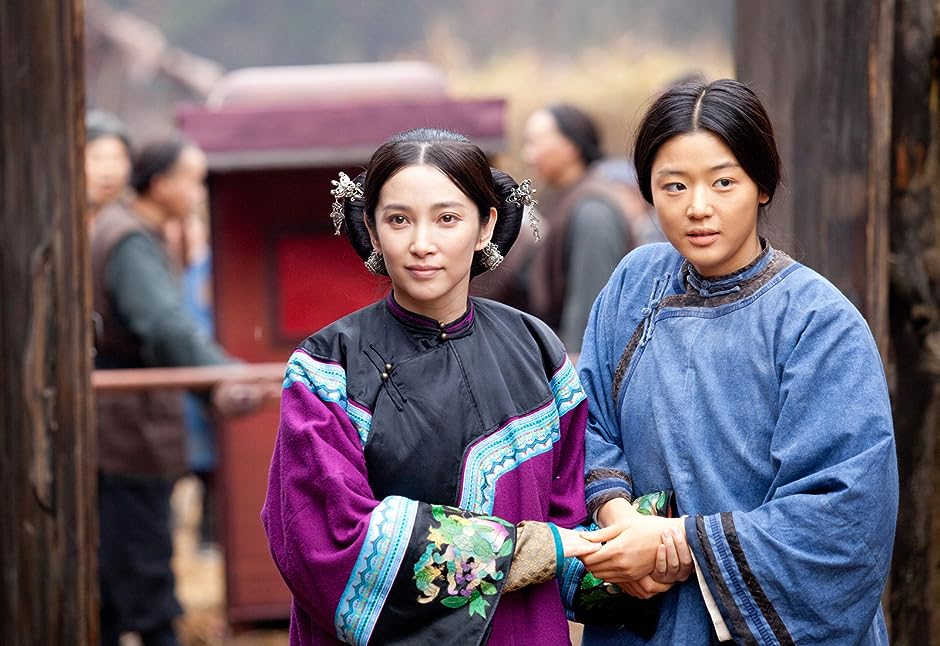 21st Century Shanghai has pretty much the same story (except for the foot binding, mercifully no longer considered as beautiful as say, destroying Tibetan culture).  Nina and Sophia meet in school, the former a poor Korean girl who tutors her wealthy friend.  Learning about the Chinese tradition of laotong, they decide this is perfect for them (side note: what they called laotong we now call BFF.  The more things change...).

When we first meet them, Nina has just been promoted at her financial institution to the New York office, while Sophia has fallen on hard times.  A bicycle accident puts Sophia in a coma, leaving Nina devastated.  Going to her in the hospital, she starts uncovering Sophia's muddled life.  Sophia was working on a story about two girls in 18th Century China named Lily and Snow Flower, drawing from the collection of secret fans in her family's collection, while in her own private life she was in a on-off relationship with an Australian named Arthur (Hugh Jackman). 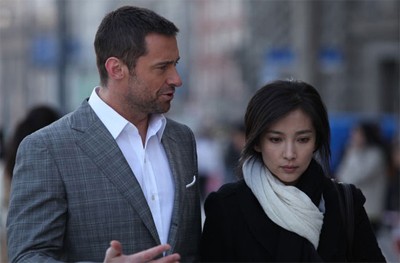 Snow Flower and the Secret Fan intercuts between these two stories in Angela Workman, Ron Bass, and Michael K. Ray's screenplay, and the fact that they are so similar is one of the problems for the film.  It's a bad thing because just as you become interested in one story, you shift to the other.  Furthermore, director Wayne Wang never can quite bring these two stories together.  It looks like there were two films that were sliced together to make one.

While I wouldn't be a big fan of the transitional device of having Nina read Snow Flower & Lily's story as a way of going into the past section of the film, it at least would blend the two stories together better than how they ended up.  We also have to say that the Modern story has already so much in it, particularly of how Nina makes this discovery of who Sophia was and how she ended up to where she was, that their story almost makes the Ancient story of Snow Flower and Lily almost superfluous (and I think the Ancient Story was suppose to be the center point of Snow Flower and the Secret Fan to begin with).

The Modern story could have been interesting in itself: a discovery of where Sophia's life started going wildly different from Nina's, of how two laotongs became separated but still held on to something of their friendship, even to where Nina would continue Sophia's work on her book.  By putting in two parallel stories together, we only end up short-shifting both.

The nadir of how Wang attempted to connect the stories of Nina and Sophia and of Snow Flower and Lily was when Lily and Nina literally meet, and I do mean literally: somehow Nina ends up, ever so briefly, in Lily's dining room.  It's one thing to get the symbolism of these two women, so similar but from different worlds and times, meeting.  It's another to have it make any sense in terms of the film we're watching. One big problem in having these two stories in one film was that the transitions kept telling us where in time we were.  I note that the screen told us the year the Ancient story began (1829) then we saw "One Year Later", "One Year Later", Two Years Later", "Six Months Later" (the last one in the Modern story only).  I kept thinking that we as the audience would know time had elapsed, so why keep telling us over and over exactly how often it elapsed.

Still, I won't lie: I think Snow Flower and the Secret Fan has much going for it.  Both Li (as the fortunate Lily and Nina) and Jung (as the highborn yet downtrodden Snow Flower and Sophia) gave decent albeit quiet performances (even though they basically played the same characters in both stories).

I also add that Jackman didn't appear to be there as some form of stunt casting or cameo, and we not only get the bonus of seeing Jackman on screen, but also hearing him speak in his native Australian accent, sing, and sing in Mandarin! His character did appear relevant to the plot (though not a big part of it).

A film like Snow Flower and the Secret Fan also had the bonus of being a costume picture, and here, the rich Oriental wardrobe of pre-revolutionary China are beautiful, as is Rachel Portman's gentle score. I also note Zhuobo Fang as Mrs. Liao, Sophia's stepmother.  She is in turns haughty, traditional, snobbish, and when we last see her, a bitter, broken old woman.  It was a good performance especially given that it was a very small part.

However, Snow Flower and the Secret Fan never made a strong emotional impact about what we're suppose to believe are lifelong friends.  This I think is because the Modern story sunk the Ancient story and vice-versa:  the hopping about from one to the other only ended up sucking the life out of each other like vampires devouring each other.

If we had gotten just one story or a better blending of both, we could have had a better film.  The film did get me to think about my own friendships, so that's a plus (that, and Hugh Jackman breaking into Mandarin song).  I think the frustration comes from the fact that it could have been more, it could have been better.  This film, sadly, won't win many fans.