On Arts And Manos Craft 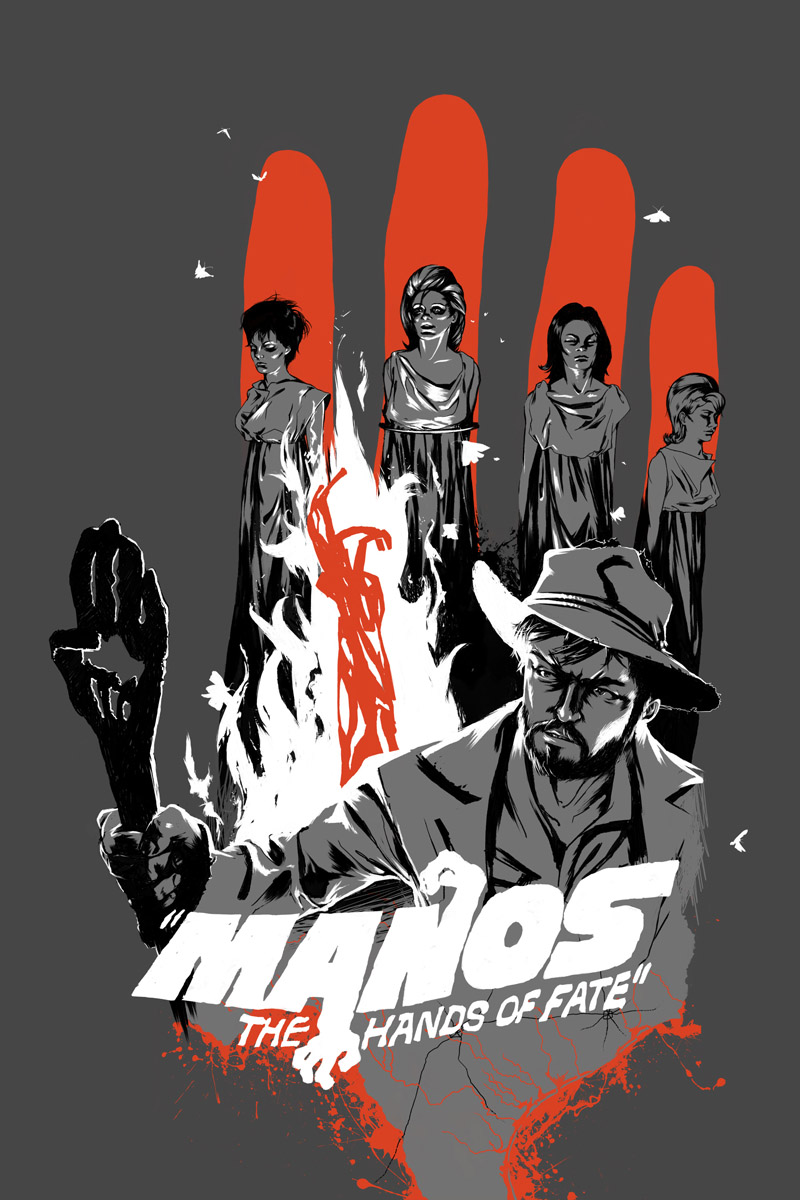 There are so many lost films, primarily from the silent era, that are a genuine loss to culture.   I still get upset thinking that only 15 SECONDS of Theda Bara's Cleopatra survives, while we'll have endless copies of The Hangover Part II (dreadful piece of shit that was). Therefore, one can ask, WHY, Dear God, WHY are there efforts to preserve Manos: The Hands of Fate, one of the worst films ever made.

Who am I kidding?  It IS perhaps the worst film ever made...although I can make a strong argument about Plan 9 From Outer Space being far more inept.  In its defense, Manos at least has the benefit of having been made by total novices, whereas Plan 9 had people who had made films before (and ones that were just as awful as Ed Wood's Citizen Kane).  However you measure it, Manos has been derided and mocked, held up as an example of simply terrible filmmaking.  Therefore, wouldn't it be better if it were allowed to disappear, never to be seen again?

Ben Solovey certainly doesn't believe so.  He has raised more than enough money to have a complete restoration of Manos and return it to its 'former glory'.  Is Solovey just some crazy man who has a love for dreadful films?  Is this all a waste of time and money to save a lousy film?

Well, I don't think so.  Manos is a lousy film on every level: bad acting, inept editing, nonsensical story, an almost gleeful disregard for continuity, wholly inadequate directing, a laughable score, but despite its myriad of flaws, it is a film that brings pleasure to the viewer.  It's the wrong type of pleasure, one of those where the enjoyment comes from laughing at it rather than taking it seriously. However, the audiences watching Manos at part of the Plaza Classic Film Festival loved the film.

It's a safe bet that no one thought it was any good.  Far from it: they knew it was terrible.  Instead, the audience (myself included) got a great kick out of watching something fall apart so spectacularly but those involved apparently unaware of how much they were failing.  It wasn't a mean-spirited audience appreciation at the screening (I have learned that no one deliberately goes out to make a bad movie, it just happens that way).  The odd love people feel for Manos is more one of endearment, a love for the effort to try something good only to end up making a mess.

Despite its total ineptness, Manos is if nothing else, the work of people who took the initiative to make a movie.   It's just too bad no one told them exactly what kind of movie they should make (a good one).  Dare I call it a labor of love?  Its restoration certainly is, because despite itself Manos works its way into your heart the way a team with a losing record does.  It tries, it tries, but it isn't any good.  I think that maybe that's why Manos is beloved in certain circles: American love people who genuinely try...maybe not succeed, but its in the efforts that we applaud them, if not the execution.

I think Manos should be preserved because one has to remember the failures as well as the successes.  It is important to history that such brilliant works as Casablanca, Singin' in the Rain, and Battleship Potemkin among others be saved so that future generations appreciate what makes a great film.  However, I think saving Manos from extinction is equally important because people need to learn from their mistakes.

I think it is important to remember and preserve not just the best film has to offer, but the worst.  Manos, I think, is a film that should be studied to see exactly what can happen when you fail to think things out.  It is the primary example of how it truly does take professionals to make a film (or at least those who have studied film, hence the importance of understanding why films like Citizen Kane and 8 1/2 are so important to anyone either aspiring to make movies or write about them).

Manos brings to mind an episode of I Love Lucy.  In Lucy Writes a Novel, she creates a barely thinly-disguised work about Ricky and the Mertzes, but being Lucy, she is the only one who fails to realize how awful it is both as literature and as parody of her family and friends.  To the surprise of everyone, a publisher does contact her to publish selections from her novel, titled Real Gone With the Wind, for a textbook.  Lucy is thrilled, until she hears what the chapter holding her writings will be called: Don't Let This Happen to You.

Similarly, I think Manos would work best in a film studies class with a similar title.  Just finding all the things that are wrong with it would serve as a sign that not everyone can make a movie.  Still, I find that Manos has its own offbeat, nutty charm; the naivete, almost innocence of people clearly not knowing what they are doing is almost precious.  It will always call out to those who don't quite fit in, who can laugh at themselves, and who find the lovely in the nutty.

In the end, Manos I think should be preserved because it is part of film history.  Bad film history, but in its own way, important.  It showed that with money and determination, anyone could make a movie, even it was in all ways terrible.  Manos: The Hands of Fate is a film that will never die.  People enjoy laughing at seeing others try so hard and fail so badly.  Now, with the work of Ben Solovey, we will always have Manos to kick around, to laugh at, and serve as warning to all those who want to make a movie...

Don't Let This Happen to You. 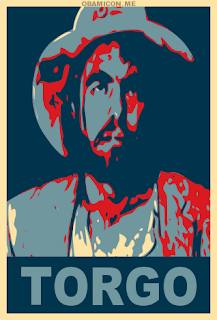 Besides, what other films have created beloved cult figures like Torgo?  If you ask anyone about our beloved Caretaker, and he/she is in the know, a faint smile is sure to cross their face.  Who doesn't love Torgo?  The Master may not approve, but we certainly do.  ﻿
Posted by Rick at 1:36 PM