As stated earlier, I find that the more dangerous James Bond's antagonist are the more effective said antagonist will be.  However, when a Bond Villain's scheme proves particularly idiotic, or when the Villain him/herself appears so stupid, he/she not only proves an unworthy antagonist but an object of ridicule among his/her fellow Master Criminals.

We've all had employers whom we know are idiots.  Various Henchmen are not immune from inept Super-Criminals.  They probably on their days off wondered, 'how could someone so patently stupid be in charge?' 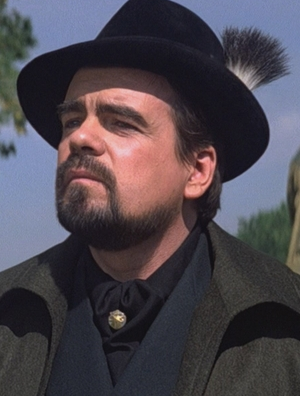 I have a great fondness for Sir Hugo Drax.  There is something quite amusing about him: the way he speaks so calmly, almost hypnotically.  The way he rarely ever gets angry, even when his plans to kill Bond off fail so spectacularly.  The way he ignores the beauties that surround him.

I've always thought Drax if nothing else, thought big.  He could be accused of wanting to 'take over the world' by committing mass genocide, killing off the Earth's population to start his own Master Race (with him obviously as Overlord).  He was a silly man, one that inspired more humor than menace.  Still, I LOVE DRAX!  No matter what Michael Lonsdale may do, he'll always be that delightfully goofy Bond Villain to me.

I liked The Living Daylights and think it's one of the better Bond Films.  One thing that I didn't care for was Joe Don Baker's Brad Whitaker.  He was a completely comical foil for anyone: loud, brash, garish, with a raging ego, a military fetish and no real sense of menace or danger.

We never got the sense that Whitaker knew what he was talking about, let alone that he was some criminal mastermind.  He's suppose to be a major arms dealer, but given his overall manner of being one wonders why anyone would turn to him (with his faux-military uniforms and dummies of himself looking like great military men/criminal leaders such as Hitler) for weapons.  What really damns Whitaker is that his end was remarkably anti-climatic.  However, given that this man, crazed by all things military, had an inglorious ending, it might just have been the right way to go. 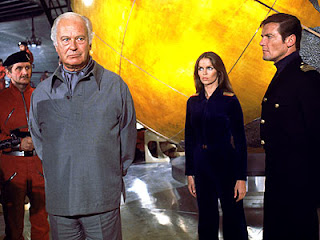 Here are some words that I would use to describe Skyfall's Villain Silva: campy, over-the-top, showy, exaggerated.  Of course, I still use the same words to describe Heath Ledger's Joker in The Dark Knight, and after having seen Skyfall, it's a perfect description since Javier Bardem apparently decided that copying Ledger's The Dark Knight performance would make his Villain just as iconic.

I would argue it makes him ironic.  It's exactly like The Joker sans makeup.  I never took this guy seriously, and frankly I'm tired of villains who are villains because Mommy (or Mother Figures) didn't love them enough.  We've covered similar territory with Alec Trevelyan in GoldenEye.  Finally, what can one say about a Villain who makes the audience burst out laughing?

Yes, I know Never Say Never Again is not an official Bond Film, but I count it for this Retrospective.  Maximilian Largo was someone I marvelled at, only because I couldn't believe anyone would take him to be a menace.

For me, Largo turned into a joke from which nothing could restore him the moment he challenged Bond to what is essentially a video game...a video game of DEATH!  Even Octopussy's Kamal Khan managed to make a board game more menacing, and Louis Jourdan appeared to be delighting in overacting.  Klaus Maria Brandauer was being deliberately silly as the villain...or at least I HOPE he was. Otherwise... 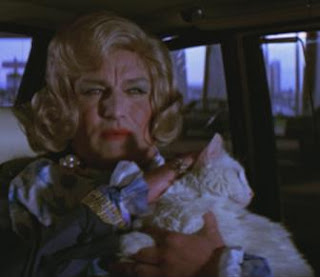 We know Blofeld has always been known for his pussy, but this is not what we had in mind.  It's genuinely sad to see such a menacing character from You Only Live Twice and On Her Majesty's Secret Service end up reduced to being a drag queen.

I can't imagine Charles Gray (Blofeld III) thought that after this, anyone would take the character (or perhaps Gray himself) seriously. What SENSE is there in Blofeld making a daring escape by doing a Dame Edna Everage impersonation?  It turns everything into a joke, but before Blofeld finally fell off the cliff with this embarrassing ensemble, Blofeld would have already ranked pretty low thanks to Gray.  Perhaps it was the actor's choice, perhaps that of the director, but they decided to make Blofeld into this vaguely effeminate, grandiose villain whose scheme is rather hare-brained even for him.  He was never an active participant in the plans, and turning Blofeld into a figure of fun doomed Diamonds Are Forever.

Even more confusing, we'd already seen Gray as another character in You Only Live Twice, so if one had been seeing the Bond films in chronological order, it would have been confusing to have gone from MI6 agent killed quickly to our Nehru-wearing, pussy-petting Master-Criminal. 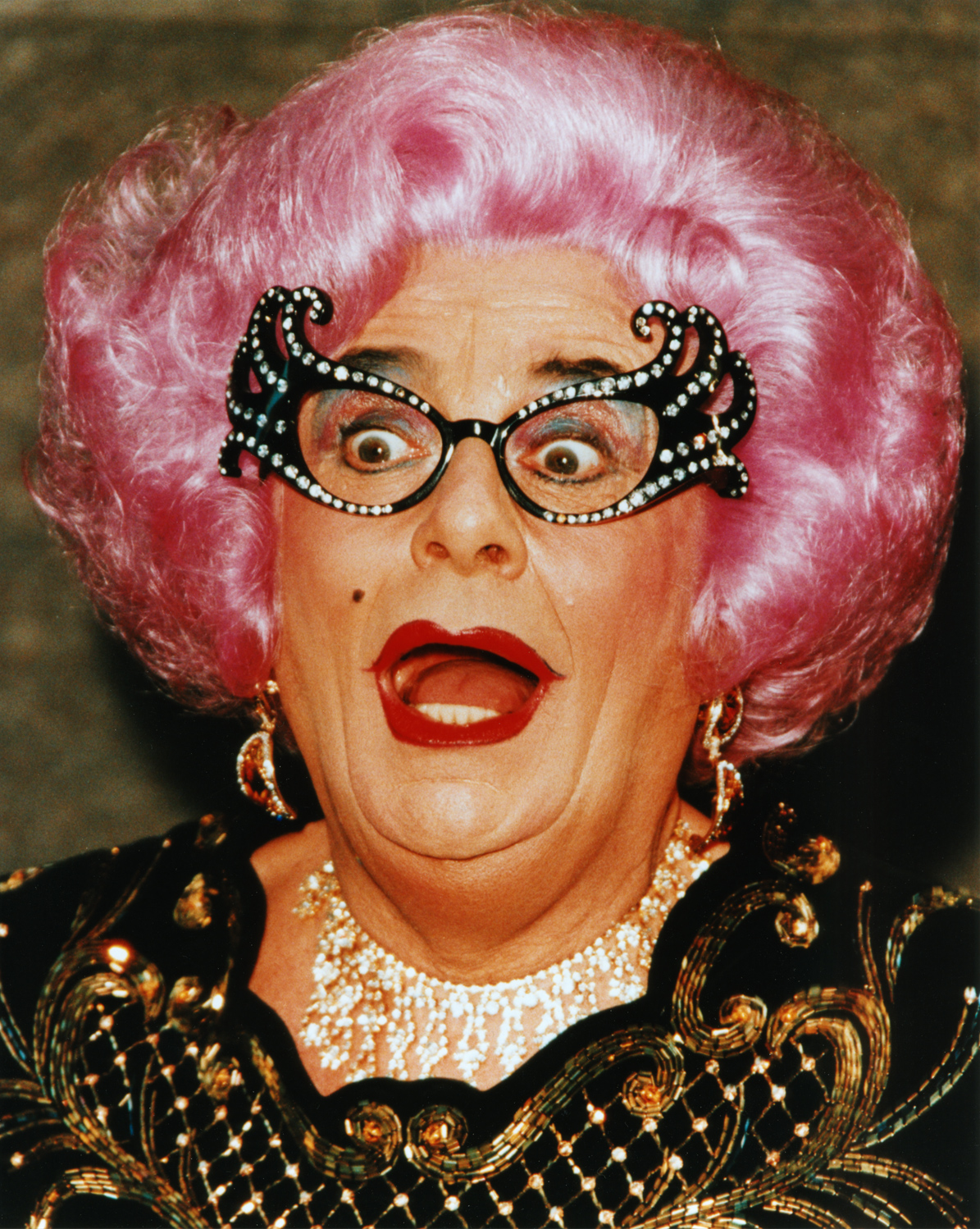 In case the next Bond Film decides to bring Blofeld back, I offer a suggestion for the role...

How could they possible screw this up?  The World is Not Enough is one of the rare moments when we've had a female Bond Villain (and the first Bond Villain 007 has actually slept with...would YOU like to have a romp with Rosa Klebb?).  However, Elektra King was a disastrous choice because the script wanted it both ways.  On the one hand, it wanted Elektra to be unrepentantly evil.  On the other, it wanted Elektra to be seen as a victim.  It could never make up its mind, and that was just one of the hosts of problems the film had.

We're suppose to believe Elektra King is Azerbaijani, but she's fair-skinned, has a British father and a French accent.  She's as Azerbaijani as Alexander Skarsgard is Nigerian.  We also have that pesky problem of her actual scheme (which doesn't at least, involve taking over the world).  From what I understood, she's willing to blow up her own oil pipelines in order to make more money...or blackmail the world or something; no one knows what exactly she wanted.

Finally, she wants revenge on Judi Dench's M for leaving her to die at the hands of terrorists...hope they never use THAT motive in any other Bond films... 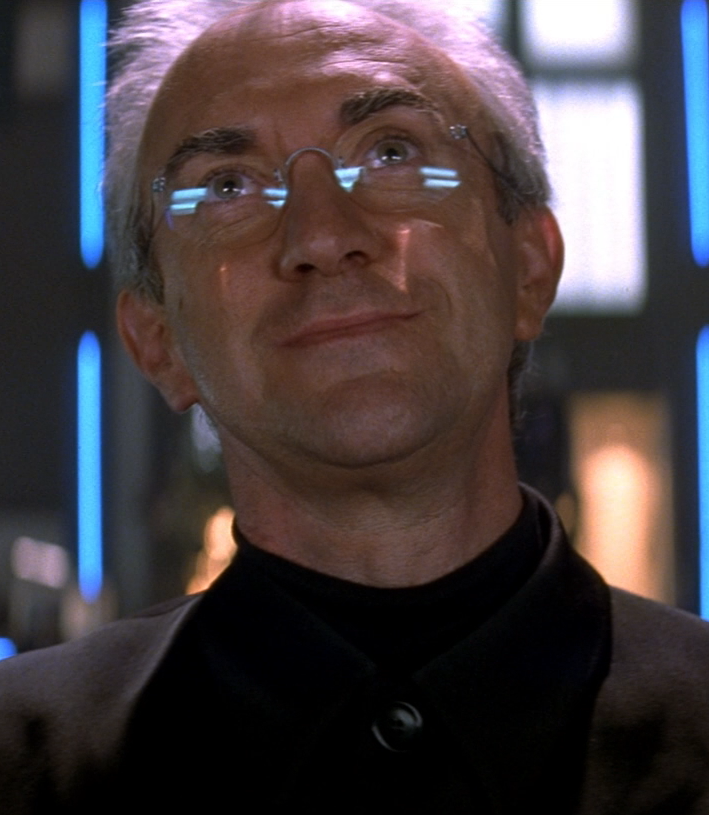 Yeah, I hate Rupert Murdoch as much as everyone else does save for Sean Hannity, but even I think Murdoch's doppelganger Elliot Carver is too much.  The media baron as Bond Villain must have thought that he had all the accruments to be effective.  A Henchman? Check.  A Secondary Bond Girl that gets knocked off? Check. A harebrained scheme that is vaguely about 'taking over the world'? Check.  A Nehru jacket?  Check and Check.

What he didn't have was anything that worked.  The thing about Villains is that they never see themselves as villains.  Poor Jonathan Pryce must have taken this Bartha role because he thought it would be a hoot to be a bad guy.  However, Elliot Carver is really a most stupid character: he threatens world war for ratings?  RATINGS!  Specifically, broadcast rights in China.  One would have imagined a simple bribe would have done the work, but NO!  Carver had to have his war, and he'd already spent billions on a secret invisible warship, so he might as well get his money's worth.

Bond Villains can be flamboyant, over-the-top, even flat-out nutty.  What Bond Villains must never be is down-and-out laughable, but Die Another Day's Gustav Graves is clearly insane.  Not insane in the 'criminal genius' style, but insane in the 'the idea is beyond believable even for a Bond film' crazy.

Even if we were to roll with the idea that Gustav Graves were this crazed billionaire who was going to melt the world to start a war, it's the "shocking twist" that is almost too painful to watch.  Who thought ANYONE would believe Toby Stephens was KOREAN?  Seriously, not since Blofeld fled his lair in high heels and makeup while holding his pussy in his hands has a villain been so flat-out embarrassing and laughable.

If Graves had WORKED for/with the North Koreans, the character MIGHT have stood a chance.  Fortunately for us, Stephens' decision to not so much overact as perform a bad parody of a Bond Villain killed even that avenue.  Another bad scheme by another bad Villain who can't be taken seriously.

And now, the Single Worst Bond Villain of All Time is.... 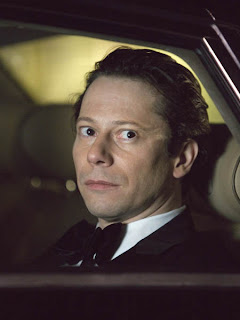 Having rounded up all our Master Criminal Murderer's Row, I think it's time to move on to more important things.

* Whitaker was accompanied by Russian General Koskov.  However, it appeared that Whitaker was the Primary Bond antagonist while Koskov was a bumbling idiot who just worked for Whitaker.  After some debate, I opted for Whitaker as being the actual Bond Villain in The Living Daylights since he appeared to be the brains of the operation.

** Another case of not figuring out exactly who was the actual Bond Villain due to a lousy script.  Elektra King gets the nod because, like Whitaker, she and not Renard (who appears to be more the Henchman) seems to be the actual brains behind the scheme.  However, The World is Not Enough is never exactly clear who is doing what to whom, so a legitimate debate can be made as to whether King or Renard deserve the dubious Worst Bond Villain distinction.