The Eternity Injection has some great aspects to it: the return of two characters we don't get to see enough of, a strong case with some twists and turns, and even bits of humor long lost.  In fairness, at times this Elementary episode played a bit like a Law & Order episode to me, but on the whole, it was pretty good, if not great.

Dr. Joan Watson (Lucy Liu) is asked by an old friend from her hospital days to find a nurse both knew.  It isn't long before Sherlock Holmes (Jonny Lee Miller) throws himself into the case, bringing his protégé Kitty Winter (Ophelia Lovibond) into it as well.  Sadly, they find Nurse Leadbetter dead.  The suspect is a Christopher Jacoby, who has also disappeared.  One of Holmes' Irregulars, Mason (Robert Capron) does track him down, but is puzzled.  This unemployed man was clean-shaven, but on video tapes he is disheveled and seemingly insane.  He too turns up dead.

Their deaths are connected to the experimental drug EZM-77, which is being tested illegally and secretly.  Nurse Leadbetter was administering the drug, and Jacoby, who needed the money, was one of the human trials.  The drug extends people's perception of time, but it also appears to affect the mind, causing hallucinations and insanity.  Now the hunt is on not only for the five patients left but also for the person who is testing the EZM-77.

They do find a Louis Carlisle (Luke Robertson), who is the only subject still living, even if he is paranoid.  That helps track down mad scientist Dwyer Kirk (Lawrence Gillard, Jr.), who has been funded by a benefactor from his youth.  This benefactor, billionaire James Connaughton (Dakin Matthews) is dying, and he wants to feel as if time is longer.  There is nothing the investigators can do until they persuade Connaughton's nurse, Brett Wong (Brian Lee Huynh) to give them the evidence they need.  However, when they get there, Connaughton is already under the drug, barely alive himself but with the sense he'll live forever. 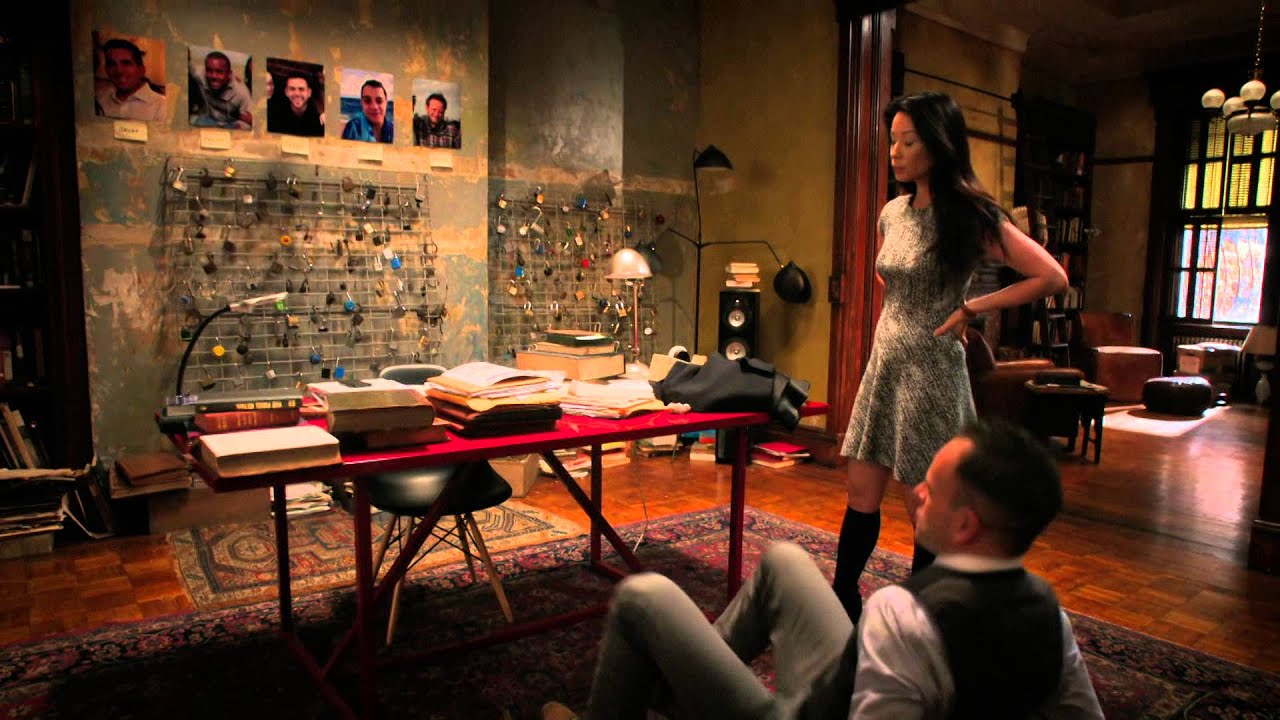 The subplot involves Holmes' avoidance of meetings.  His sponsor, Alfredo (Ato Essandoh) is concerned.  He also gives Holmes a new 'toy': a car alarm called Odin that speaks and photographs the culprit which has movement sensors.  A part of the story involves Holmes attempting to break Odin, which he does, albeit with questionable variables.

The Elementary Injection is not the best Elementary episode so far.  Like I said, it did play a little bit like Law & Order: crime, suspect, getting to criminal but too late.  It also has an unfortunate side effect: to make Kitty a bit irrelevant.  We see clearly that the dynamic between Holmes and Watson is what makes Elementary work best, and this comes across when Watson stays over during the investigation.  We get the return of an old Elementary trope: Holmes' bizarre ways of waking Watson up.  This time he plays Reveille to a started Watson.  These bits are missed, but I did wonder why Kitty didn't hear Holmes blasting away at the bugle, and whether he tried this shtick with her.

There were amusing bits in this episode apart from Reveille.  How Holmes & Watson tried to 'guide' Kitty in picking a lock was amusing, as if they were Father and Mother to her (a dynamic that would be fascinating to explore), and seeing Holmes' efforts to combat Odin is also fun.  Aidan Quinn's Captain Gregson hits a wry note when referring to Mason as "the child" Holmes brought with him.  We even got a nod to the online group Everyone, who enjoys humiliating Holmes by in the future, having him give a speech as to why people should be Team Jacob rather than Team Edward, a subject Holmes neither knows or cares about.

More interesting was the fact that Alfredo came back.  Judging from this and from the fact that Holmes is talking more about his recovery from addiction, my sense is that Holmes' addiction and how he confronts it will take a larger role in Elementary this year.  I think this is a positive step, for anything that brings the difficult road addicts face to light is a good thing. 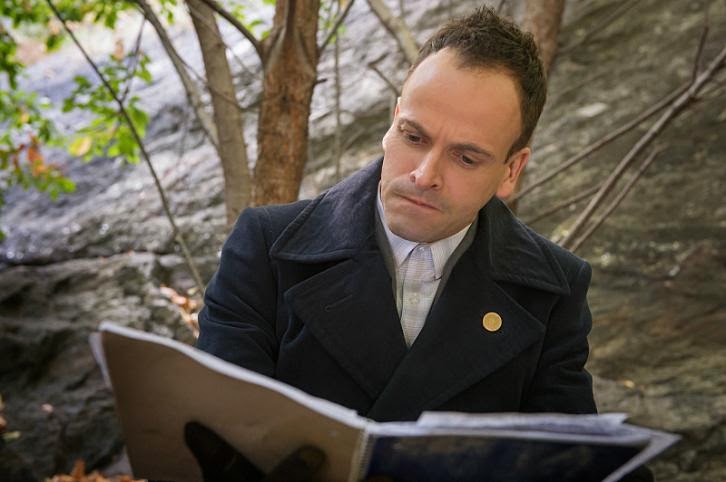 Still, I felt the episode was a bit Law & Order.  I keep repeating that because that just kept coming to me, especially when they get to the end and find the criminal is also a victim (by his own hand in a roundabout way).

Still, the exploration of Sherlock Holmes' efforts at sobriety, which find an odd mirror in the case, brings the episode up a bit.  Holmes' monologue about the monotony and repetitive nature of recovery and the meetings, which goes against the type of person he is, shows why Jonny Lee Miller does so well as the character.  Elementary, I've long argued, isn't strictly about the cases.  They are important, but we do get strong character development from characters we do care about.

On the whole, The Eternity Injection was a good, though not great, Elementary episode.

Next Episode: Seed Money
Posted by Rick at 7:39 AM