You genuinely feel for Norma Bates.  Despite what Psycho and its sequels have done to her reputation, Bates Motel shows that at heart, Norma Bates was a good woman who suffered greatly, greatly at the hands of those around her.  That's not to say she didn't have some hand in some of her own misfortune, particularly her sometimes clingy manner with her grown son, Norman (what woman thinks its rational to share a bed with her eighteen-year-old son.  I know some woman who see nothing wrong with climbing into bed with their twenty-eight-year-old sons for 'chats', but I digress).  The Vault showcases why Vera Farmiga really is such a great actress, and throws in a lot from other cast members.

Chick (Ryan Hurst) has continued his threats against Norma Bates with regards to her brother Caleb (Kenny Johnson), now in far-off Honduras running a hotel.  He continues to be particularly grotesque to his suggestions that the incest between Caleb and Norma was consensual, and pushes her to find Caleb for him so that Chick can have his revenge.

Norman Bates (Freddie Highmore) meanwhile, continues to slip into his own dark universe.  His therapist at Pineview, Dr. Gregg Edwards (Damon Gupton) tells him about dissociative identity disorder, where one creates an alternate identity to deal with extremely painful or difficult memories.  "Mother", the sexually rigid figure in Norman's mind, is what comes to him whenever he can't deal with something, and when "Mother" takes over, he blacks out.

Norman's memories are particularly brutal.  His father, Sam Bates, was a horrific drunk who was extremely violent towards his mother.  As Norman dives deeper into some shocking memories, we discover that during one particularly violent clash (if memory serves correct, after Norma attempted to flee but was unable to), Sam anally raped her while Norman was hiding underneath their bed.  At one point, she puts her hand to Norman's hidden one to hold.

Dylan Massett (Max Thieriot), Norman's half-brother/uncle, is now facing issues of his own.  After visiting his brother he finds something very curious about how Emma's mother was at the hotel but has not been seen since.  He starts looking into things and accidentally discovers Emma's toy bunny, which he remembers she had when she tried unsuccessfully to see her.  He is now convinced that Norman knows things about this situation.  For her part, Emma Decody (Olivia Cooke) has no interest in why her mother disappeared, suspecting that she left of her own free will.

Norma meets with Chick on a bridge and tells him that she will not tell him where Caleb is...and that if he wants to destroy her life to go at it.  She had a gun but didn't kill him (all the pity).  Finally, when Chick brings the window, Norma's husband Sheriff Alex Romero (Nestor Carbonell) doesn't understand her hostility towards someone who did such good work.  It's now that Norma finally tells Romero of the truth between her and Caleb, but despite her fear Alex stays with her. 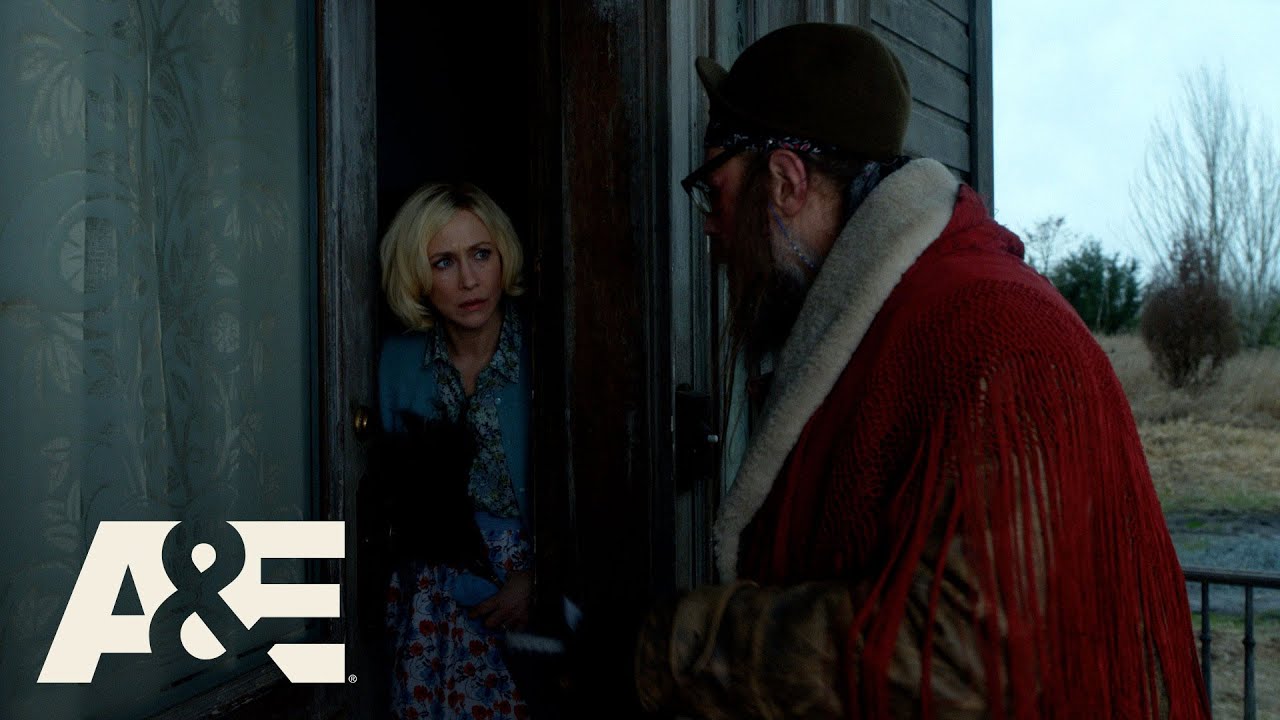 Again, Bates Motel is really so well-acted by the cast, particularly the leads, that it is just a sin that neither Vera Farmiga or Freddie Highmore have won Emmys (or that Highmore was overlooked for a nomination).  Farmiga gave Norma what she needed: true sympathy and heartbreak for a much-maligned character.  The horror of her rape, her fury at her impotence against Chick, the fear of losing Romero...she goes through so much within the episode and she never hits a wrong note.

Perhaps a better title would have been The Confessions of Norma Bates.  I had in my notes that an alternate title to The Vault should be The Confessions of Dylan Massett, though now I fail to remember why.  Perhaps it is because Thieriot was actually integrated into the stories much better, particularly the investigation on Emma's mother.  He is the only sane member of the Calhoun/Bates family, and only he appears to see how dangerous Norman Bates really is.  However, like Cassandra, he is never believed despite being always right.  Thieriot, whom I have been off/on ever since the premiere episode, was actually pretty good here, the growing fear and disbelief as to what is going on growing.

Highmore again excels as Norman Bates, this deeply troubled man who has lived through great horrors and who has created an alternate persona to shield him from it.  When Norman is "Mother", Highmore is both creepy and brilliant, showing what he's done in this difficult role.

Gupton is equally strong as the cool and collected Dr. Edwards, who might have seen it all but who probably is shocked by just how monstrous the Bates family dynamic has been.

One of the highlights in The Vault was when Johnson and Farmiga were on the phone speaking to each other.  Normally, when actors have to act out phone scenes, it can come across as very remote and uninvolved (hence the expression, 'phoned in').  However, both of them excelled when you think that they as actors probably did not have anyone to communicate or act against.  It was just them, speaking as though they were speaking and reacting to the other character's lines.  I figure they might have had someone feed them the other character's lines so they had something to work with, but both did such a great job I applaud their skills.

My only caveat about The Vault was my mad desire to have had Norma blow Chick away.  I hope he disappears forever, as not only have I never liked him but found his viciousness against someone who did him no harm so appalling.

The Vault was a sharp episode, particularly in the freakish (and freakishly filmed) rape scene, one that is downright horrifying even if not as graphic as it could have been.  You just feel so much for Norma, who apparently keeps getting raped either physically or emotionally.  She is a long-suffering woman, who I hope has a better future up ahead.

Next Episode: There's No Place Like Home
Posted by Rick at 6:33 PM