An Inconvenient Truth: A Review 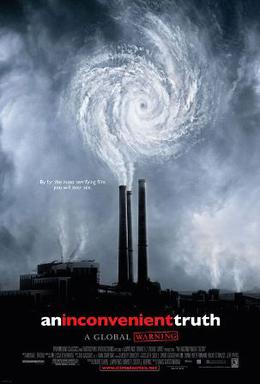 I am not going to argue whether or not An Inconvenient Truth, the documentary on global warming, is accurate or not.  My job as a reviewer is not the verify the accuracy of advocacy films.  It is, rather, to detail how well or not well a film worked.  An Inconvenient Truth was not set up to be a debate on global warming, let alone be equal in presenting an alternate to its views; rather, it was set up to convince people of what the film's host, former Vice President Al Gore, believes is an impending crisis. As an advocacy film, it does the job of presenting its case well, even if at times Gore comes across as an environmental Cassandra: the truth-teller ignored.

Essentially a slide show presentation mixed in with Gore's memories ranging from his upbringing on his father's Tennessee farm to his sister's death from cancer, his son's near-fatal car accident, and his loss in the 2000 Presidential election, An Inconvenient Truth presents Gore's findings on the increase of the Earth's temperature caused by human action, particularly the United States as the primary culprit.

Gore presents the viewer with many charts and images, drawing connections between the rise of Hurricane Katrina to the rise of the Earth's temperature.  He goes on to discuss his views on how there are three factors involved that have transformed our relationship to the Earth: the population increase, the growth in science and technology, and the politics of global warming.

Gore also touches on three misconceptions about global warming: the idea that there is no full scientific consensus, that the issue is one of economics vs. environment, and that the issue is simply too big to handle.  The former Vice President insists that this is not a political issue but a moral one, and ends with a somewhat hopeful note: that by taking immediate, simple actions now and by becoming more politically involved, the Earth can be saved from ourselves.

Again, An Inconvenient Truth is not an actual documentary in that it does present both sides.  If you want to call it one-sided, you'd be correct in a certain sense.  Its mission is not to say 'here's what one side thinks, here's what another side thinks, now you make your own decision'.  Its goal is to convince you that it is the absolute, unvarnished, whole, inconvenient truth.

As such, one has to judge the film based not on how one feels on the subject or even if one agrees with the premise.  Instead, if you judge An Inconvenient Truth based on presentation, you come away with the sense that it is well-crafted by director Davis Guggenheim.  It was a wise decision to use photos and video of the chaos that global warming is blamed for, and An Inconvenient Truth presents its case with passion and sincerity.

At times, Guggenheim goes a touch overboard when presenting Gore as an almost messianic figure.  All politicians to a certain point see themselves in quasi-divine terms, President and Presidential candidates even more so.  It is at times almost amusing to see shots of Gore almost looking down on the Earth and the devastation within it, like a silent deity looking down on His Creation with dismay and worry.  As Gore looks down on this troubled world, He has the answers, and whether intentional or not it does have a very curious effect of making one wonder whether He is a prophet crying out in the wilderness or just a mad prophet.

Suggesting that his warnings on global warning are similar to Winston Churchill's warnings on Hitler does appear to be gilding the lily a touch. 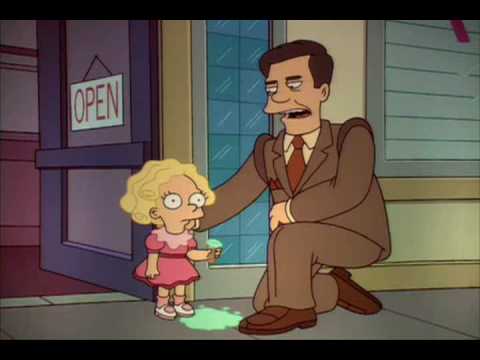 In terms of information, Gore presents his case ably, with perhaps one misstep.  It is in the inclusion of a cartoon, None Like It Hot!, which while I get the attempt at humor to my mind is slightly flippant, even patronizing.  It runs the danger of undercutting a serious subject by trying to be too cute and witty.

It plays almost as spoof when the last thing An Inconvenient Truth needs to look like is spoof.

Here is the important detail I think people need to remember when looking at An Inconvenient Truth: it is an advocacy film.  It has a point of view, and like most advocacy films, asks the audience to perform tasks: everything from the mundane (recycle) to the extraordinary (run for office to push for legislation).

An Inconvenient Truth presents its case for the impending global crisis exceptionally well, if perhaps a little wonky for some viewers.  Whether one believes in global warming or not is not the issue.  It is instead the opening up of the debate.  An Inconvenient Truth is not that debate because at no point would it ever concede to being wrong on any point.

However, it is a film that makes its case, and if anyone wants to take it apart, then they should make their own slide show.  An Inconvenient Truth is a well-crafted argument that makes no room for counter-arguments.  I cannot fault it for that.

It might not have completely convinced me that it is right, but it has made me wonder whether it is right, and that is to my mind, a very positive step.