Wait For Your Laugh: A Review 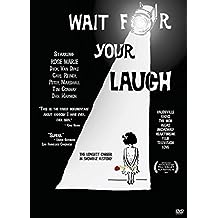 WAIT FOR YOUR LAUGH

Rose Marie began her career early at age four as "Baby Rose Marie", the little girl who sang like Sophie Tucker (a popular singer in the early Twentieth Century known for a powerful voice and somewhat risque numbers). "Baby Rose Marie" was essentially discovered by Evelyn Nesbit, a chorus girl who parlayed her fame from a sex/murder scandal (earning her the nickname 'The Girl in the Red Velvet Swing') who invited the brassy toddler to join her in an impromptu duet.

Rose Marie explains that when she was a child, nightclubs were more 'family-friendly' with a variety show-type selection of dancers, comic, acrobats and singers versus just dancing in today's version. Soon, "Baby Rose Marie" was taking America by storm, with a hit radio show and appearing in short-reel films, the latter according to Rose Marie to prove that she was indeed a child and not a female midget.

Her father Frank "Happy Hank" Curley was intimate with mobsters. Rose Marie recalls when she was introduced to Al Capone, who was not just a fan but also had her do an unofficial show for his associates. She also recalls that he asked her to call him "Uncle Al" and to ask him for anything. He also gave her a ring, which she proudly kept. 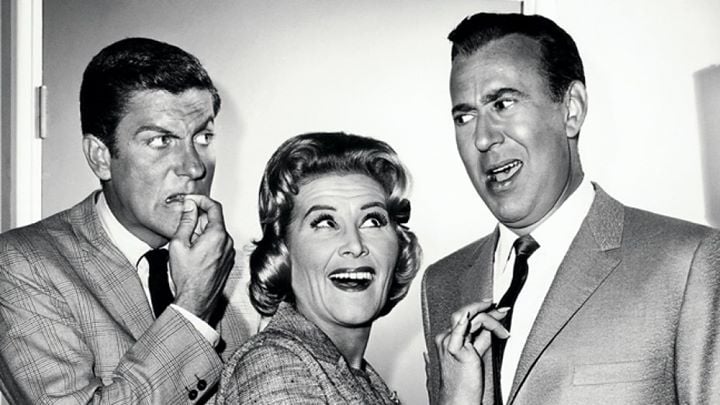 Then as she matured, she kept her stage name save for the 'Baby' part, performing in nightclubs as a singer. Slowly she shifted into doing comedy as well out of necessity to fill time between numbers. She also met and married the love of her life, trumpeter Bobby Guy, despite the fierce objections of "Happy Hank", who tried to get his associates to rub him out.

It was only said associates fondness for 'their little girl' that saved Guy.

As her career continued, she found herself in curious situations. When asked to be the opening act at the newly-build Flamingo Casino and Hotel in Las Vegas, she asked "What's Vegas?" She did it only for a chance to work with Jimmy Durante, and in a wild moment, recalls when she accidentally told the man delivering her pay that he was eleven dollars short.

As the man with the light blue eyes walked away, her dinner companion told her she'd just criticized Bugsy Siegel! Even more astonishing, a few minutes later Siegel came back to their table...with eleven dollars, apologizing for the mix-up!

Her naivete, at least when it came to non-mobsters, continued. Asked to be on a sitcom, she asked, "What's a Dick Van Dyke?" Her tenure on The Dick Van Dyke Show is chronicled, where we see that while she was certainly integral to the success of the show, she was displeased to see the younger, pretty Mary Tyler Moore lodge her from being the main female attraction.

We learn of her heartache at Buddy's death, and her black hair-bow as a tribute to him. As she goes into her senior years, we learn of her 'comeback' with the touring 4 Girls 4 set, enduring the diva-like horror of Margaret Whiting but loving her other 'girls' Helen O'Connor and especially Rosemary Clooney.

As she enters her ninth decade, she still yearns to be on stage, despite her weakening health, a major frustration for someone born to entertain.

Wait For Your Laugh certainly gives one a more complete portrait of a woman who was more than just Sally Rogers. Her tales of her 'mob connections' in particular are fascinating, especially given how almost nonchalant she is when talking about gangsters. It might be that her memories of people like Capone and Siegel are not of cold-blooded killers but of pretty nice guys who just happened to be cold-blooded killers.

Rose Marie was not blind to their acts, but she was also not afraid of them. Again part of that might be because she was a metaphorical daughter to so many of them, who were genuinely fond of our good Italian daughter. She was 'the kid', a nice girl who was pleasant, who was neither overtly sexual or asexual but 'one of the guys'.

She also was a living link to a time of vaudeville and variety shows who may not have ever been given the credit her long career merited. Her Sally Rogers became a 'type': the girl who was simultaneously independent yet not a 'threat' to the men or their wives, neither desirable or seeking to be desired. Despite that, Rose Marie's story has echoes of what has come after her heyday.

She recounts how after turning down an 'indecent proposal' from a film producer, her musical moments were cut entirely out of the film version of Top Banana, a stage show she costarred in.

Rose Marie died shortly after Wait For Your Laugh (the advise she gave Dick Van Dyke when working on his eponymous show to stop him from stepping on her lines), which the film notes.  As a chronicle of a long career with interesting people, Wait For Your Laugh is a treat. The film is a love letter: to Rose Marie herself, to a bygone era of show business and to Rose Marie's true love, her husband.

At least now I got a better understanding for that hair-bow which so annoyed me and wasn't just some oddball sartorial choice.