Bohemian Rhapsody can best be described as a warts-and-all biopic of both the band Queen and its frontman Freddy Mercury minus most of the warts. We get great recreations of concert performances and that magnificent Queen catalog. We just don't get anything about Mercury himself.

Bookended with Queen's Live Aid performance, Bohemian Rhapsody goes from 1970 to 1985. In 1970, young Farrokh Bulsara is a baggage handler at London's Heathrow Airport. Despite his extra teeth, he still desires to be a singer, which would not please his Parsi family. He quickly pushes his way to joining the band Smile, even writing songs. He also quickly gets a girlfriend, Mary Austin (Lucy Boyton), changes his name to "Freddy Mercury" (Rami Malek), a move that disappoints his father, and creates a fantastic demo by being avant-garde with his fellow bandmates, now known as Queen.

Among his dreams is to make rock more operatic, with the creation of the album A Night at the Opera and the first single, Bohemian Rhapsody.  The six-minute-long track with operatic tones and bizarre lyrics horrifies their current label, but Queen will not be dissuaded.

Eventually, Freddy gains fame and fortune and everything that goes with it. Among things that go with it are a slightly more hedonistic lifestyle that leaves him truly alone, the acknowledgment that he is gay not bisexual, the machinations of manager Paul Prenter (Allen Leach), more success as Queen creates hits such as Another One Bites the Dust and We Will Rock You, the strains between Mercury and the rest of Queen, and Mercury's eventual return to Queen in time to talk them into performing in Live Aid.

And there's also his discovery and disclosure of his HIV-positive status.

A lot of Bohemian Rhapsody is devoted to how Queen created some of their extraordinary catalog. We get their creative process on Bohemian Rhapsody itself, with 'mad scientist' Mercury pushing drummer Roger Taylor (Ben Hardy) to sing higher and higher until his falsetto all but collapses from exhaustion. We see bassist John Deacon (Joseph Mazzello) start playing a melody to form Another One Bites the Dust almost as an answer to the request to give Queen a more 'disco' beat. We see guitarist Brian May (Gwylim Lee) lead everyone he can lay his hands on in the recording studio to do a 'stomp-stomp-clap' as the backbone for We Will Rock You.

We also see the recreation of Queen's Live Aid set, which the film credits with leading to a mass of donations to push the total over a million pounds. This Live Aid set is also what makes his parents, particularly his father, proud of their not-quite-out son.

The musical moments, in particular the Live Aid set, are really impressive as to almost be worth the price of admission. For whatever issues director Bryan Singer finds himself in, these moments will lead to more than one impromptu sing-along.

It's only when we turn to the individuals, in particular Freddy, that Bohemian Rhapsody fails. Mercury's life was as operatic as his music: the decadence, the flamboyance without being officially out, the human need behind the persona, the private Farrokh and the public Freddy.

Why did Freddy feel shame about his heritage? Why was someone so flamboyant also so secretive? Why did Freddy choose 'Mercury', or come to select it? Why was he so under the spell of Paul? Why did the other Queen members so quickly and quietly demur to Mercury? How did Mary realize Freddy was gay when she never seemed to see him actually show any same-sex attraction? 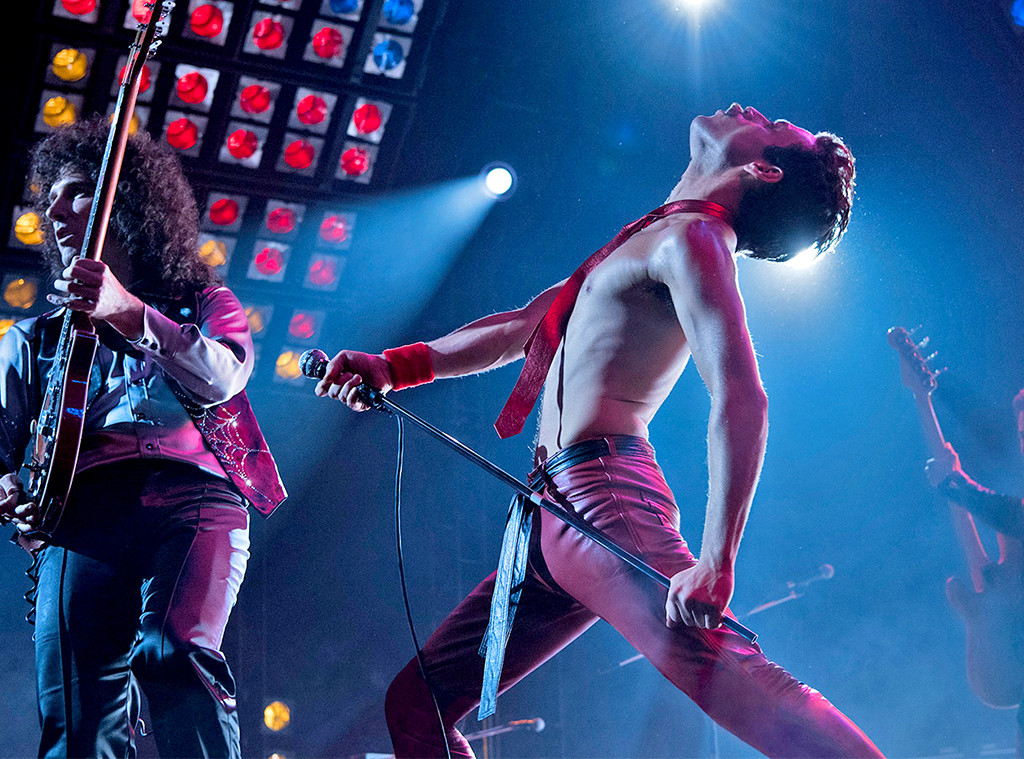 So many questions are left unanswered, and as much as Bohemian Rhapsody might think it looks at Freddy Mercury, we get very little about who Mercury was.

Rami Malek does a credible job as Mercury, or at least as credible as Anthony McCarten's script will allow him to. It's closer to an impersonation than a fleshed-out performance, with his dentures sometimes appearing to play havoc with him. Then again, Malek does rise slightly above the material, but it's a hard push.

The other Queen members, pleasant as they were, did not make a case as to who they were as people. The conflicts were few and far between until Mercury dares to do a solo album, which is an odd reason to sever ties given Mercury at one point fired their manager on his own initiative and there wasn't much protest to that.

Even more curious, Mercury fired that manager because he suggested a lucrative solo album, but this was part of Paul's nefarious scheme. Bohemian Rhapsody directs you to look at Prenter as the villain, the snake in Queen's Garden of Eden, but it never makes the case as to what drove Paul, let alone why Mercury was so swayed by him.

As a side note, Bohemian Rhapsody seems to draw more inspiration from the superior Straight Outta Compton or the not-so-superior Love & Mercy, where the talent falls under the spell of a dark force.

The sway Paul Prenter had over Freddy Mercury could not have been sexual given how the film makes it almost look like Mercury had a slight aversion to sexual intimacy between men, or at least how it does not delve into the hedonistic aspects of Mercury's life. Mercury comes across as a flamboyant heterosexual.

Freddy Mercury was a one-of-a-kind figure. He deserves a better biopic than this. Reelz Channel's The Great Pretender is a better portrait of the artist than Bohemian Rhapsody.

From what I see, Bohemian Rhapsody is like a good cover band. It's enjoyable, it reminds you of the real thing but is ultimately unoriginal.