Terrence McNally: Every Act of Life. A Review (Review #1377) 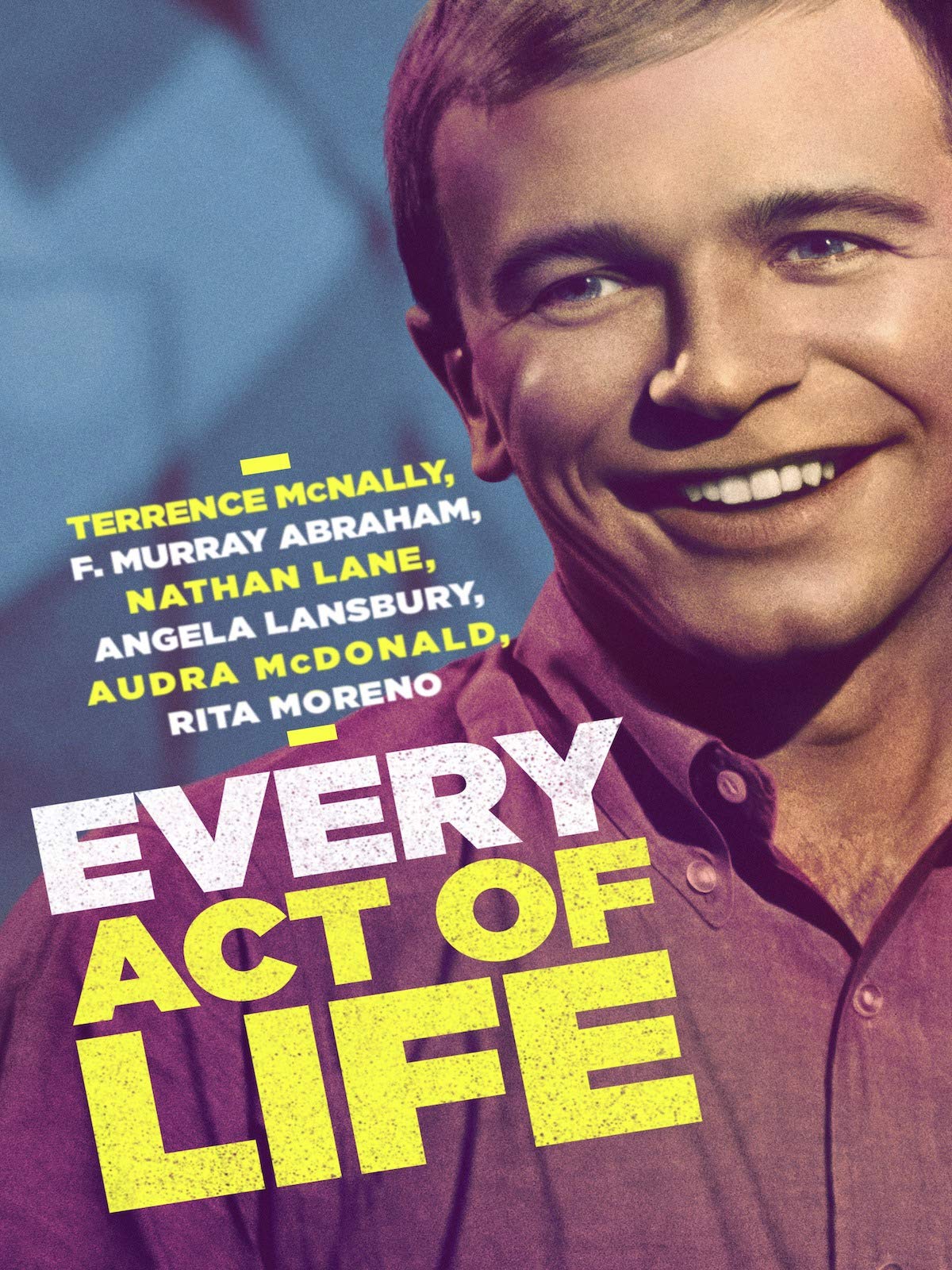 TERRENCE MCNALLY: EVERY ACT OF LIFE

As of this writing, over 46,000 people have died from the coronavirus or Covid-19. Among those is playwright Terrence McNally. The documentary Terrence McNally: Every Act of Life (also known as Every Act of Life) covers his life, career and activism. While it is a good primer for one looking to learn more about McNally, it is geared more for those who already know who he is.

McNally always wanted to be a writer, but did not know what kind of writer. Leaving his hometown of Corpus Christi, Texas for Columbia University and the bright lights of New York City, here he could indulge not just his artistic aspirations but his homosexual desires. He found himself the lover to playwright Edward Albee and tutor to John Steinbeck's sons. With such a wealth of inspiration, it is not long before he starts writing for the theater.

While his first play And Things That Go Bump in the Night bombs big time, he soon starts crafting plays specifically for favorite actors such as James Coco and Doris Roberts. Still his talent clashes with his drinking, until Angela Lansbury steps in. Giving up the booze, he finds his first real success with Frankie and Johnny in the Claire de Lune.  He continues to write, primarily but not exclusively on gay themes, and expands his repertoire to musicals such as The Rink, Kiss of the Spider Woman and The Full Monty. He also finds peace and love: the former through Indian theology and the latter through his eventual life partner Tom Kirdahy.

The death of one of his past lovers, actor Robert Drivas, from AIDS spurs greater activism against the disease. As he comes to the closing of his life, he can reflect on his life and works both theatrical and personal.

Again, while Every Act of Life makes for a good overview of McNally's theatrical output, those not acquainted with his work will find little to make them explore said output. Take for the example the controversy over Corpus Christi, a play late in his career that recasts Jesus Christ as a gay man. There was scandal and outrage over this, but Every Act of Life barely touches on it. As far as I remember I don't think McNally was even asked about the controversy surrounding Corpus Christi, let alone as to why he opted to take a figure many hold to be God in human form and play with the sexuality of said figure.

Was it done to mock Christ or Christianity? Was it done to be allegory? Was there any motive or motivation? Every Act of Life does not answer that.

Every Act of Life also does not give non-McNally acquainted people a reason to flock to his plays. What exactly makes Andre's Mother so important? Same for Frankie and Johnnie? The latter is surprising given that it revolves around a heterosexual romance, apparently a rare play where homosexuality or the gay life was not involved. Most of his plays, if Every Act of Life is understood, is about the gay world, which is fine but are the plays actually good?

Tyne Daly, another McNally acolyte, reads a monologue from his play A Perfect Ganesh (I'm assuming as the Hindu god Ganesha) and to be perfectly frank it sounds like gibberish. The monologue goes on about how "I" is the ant in the picnic basket and the hand that squashes it. I heard it and asked myself, "What kind of rubbish is this?"

I was, however, intrigued by The Rink, his first collaboration with composer John Kander and Kander's usual partner Fred Ebb. A musical about a mother and daughter running a skating rink starring Chita Rivera and LIZA!?

We do get bits of information about McNally's private life (who would have figured he'd have a genuine love affair with a woman, fellow playwright Wendy Wasserstein) and the actors interviewed for Every Act of Life clearly have a great deal of affection and respect for him. It's no surprise: from Nathan Lane and Christine Baranski to F. Murray Abraham, Rita Moreno and Patrick Wilson, McNally had a knack for writing plays specifically for them.

Other parts though are a bit opaque. "Until I went to India I had always experienced life as the conflict between regret for the past and and sort of a dread of the future". I figure that means he found inner peace in Hinduism, but that is not explored or even brought up again.

You do leave Every Act of Life liking McNally, who comes across as slightly self-effacing and pleasant, passionate, creative and loyal. It's a credit to him as a playwright that his loyalty was returned tenfold. However, unless you know a bit about him prior to the film, you will feel you missed at least a couple of scenes form his Every Act of Life.