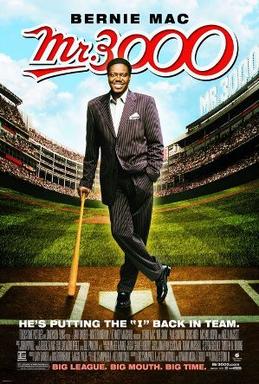 *While the Minor League Baseball season did not open on April 14 due to Coronavirus, I opted to keep to this date.

Welcome to Rick's Texan Reviews annual Opening Day film, where I review a baseball-related film to coincide with the Minor League Baseball Opening Day for the El Paso Chihuahuas. This year, I am looking at Mr. 3000, a pleasant if not particularly deep film.

Arrogant Milwaukee Brewers first baseman Stan Ross (Bernie Mac) has achieved a lofty achievement: 3,000 hits as a professional Major League player. However, while popular with fans everyone else that's near him hates him for his obnoxious manner and inability to be a true team player. So irritated is he with the negative press coverage and what he considers a losing team that he retires immediately after gaining his 3,000 hit.

Nine years later, Ross has parlayed his on-field success to a lucrative business empire, using his "Mr. 3,000" nickname for a variety of businesses, even a Chinese restaurant (Mr. 3,000 Woks). Normally, his record would be enough to ensure induction into the Baseball Hall of Fame, but the writers essentially hate him so much that Ross keeps coming up short (a more humorous version of the Curt Schilling situation).

After his number is retired by the Brewers as a way to drum up ticket sales, it is discovered that "Mr. 3,000" is really "Mr. 2,997" due to a clerical error. Ross is humiliated while the press delights in pointing out how his tally went from 4 votes to 147 votes short. Determined to get his 3,000 record back, Ross talks his way into coming out of retirement at 47 to get those three hits.

The current Brewers players, in particular hotshot Rex "T-Rex" Pennebaker (Brian J. White) are dismissive of Ross, but Brewers executive Schriembri (Chris Noth) sees the chance for larger attendance to see both history and a return of a fan favorite. As Ross continues a quixotic pursuit of three hits, he not only starts to grow as a person but reignites a romance with ESPN reporter Maureen Simmons (Angela Bassett). In the end, Ross both gets and does not get what he wants, but becomes a true team player and genuine fan favorite.

Mr. 3,000 has as a major plus the late Bernie Mac, who died far too soon. He balances being so arrogant and nasty that you almost want him to fail with a genuinely insecure man who somehow needs validation. You start hating him, sometimes cringing at how awful he is with his teammates and even fans. As Mr. 3,000 continues though, we see that change into someone who knows more than his younger teammates, even softening and maturing. 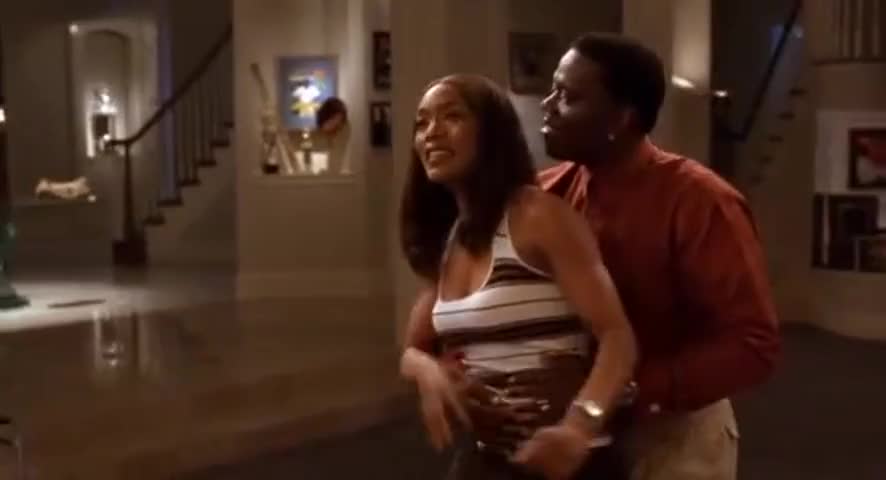 He softens when we see him with Bassett, perhaps underused but still in top form, more than able to hold her own and make us believe someone as bright as Mo would fall again for Ross. He matures when he sees his older self in Pennebaker, who is just as cocky and egotistical as Ross was when he was "Ross the Boss".

This was probably Paul Sorvino's most enjoyable performance insofar as he had only one real moment of dialogue. He essentially just glared and glowered at Ross until the end, when he stood up for him when he was called out (and I think he was clearly in).

As I saw Mr. 3,000, I could see that it by no means great material. Eric Champanella, Keith Mitchell and Howard Michael Gould's screenplay follows predictable beats (the arrogant man brought down who is both reformed and redeemed), and flows surprisingly well. Some things were underdeveloped, such as his mentor role to a variety of players and the good-natured bickering between two players on a variety of topics.

The voice-over ending was not only "corny" but openly called "corny", wrapping up the story almost in a hurried manner despite a short running time.

However, Mr. 3,000 is a nice, generally sweet story that I found enjoyable.