Whatever Love Means: The Television Movie 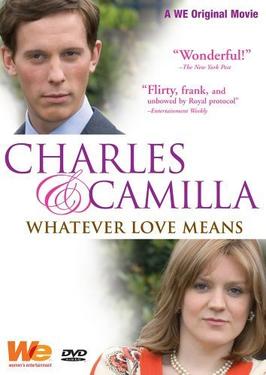 When people think of great royal love stories, that of Their Royal Highnesses Charles, Prince of Wales and Camilla, Duchess of Cornwall surprisingly does not come to mind. Whatever Love Means makes a strong case that indeed theirs is a tale of deep, long-lasting romance that unlike the television movie has ended happily, at least for them.

Prince Charles (Laurence Fox) is a shy, hesitant, insecure man, forever longing for love but a bit uncomfortable in his own skin. It is around 1971 that Camilla Shand (Olivia Poulet) pretty boldly approaches the shy heir and does something no one else does: treat him like an ordinary man.

She soon becomes Charles' confidant, friend and lover. Theirs is a tender, frail love, but there are complications. She has an on-again, off-again boyfriend, the caddish Andrew Parker-Bowles (Simon Wilson), who routinely cheats on her and even had a dalliance with Charles' sister Anne (Alex Moen). Then there's the advise of Charles' beloved "Uncle Dickie", better known as Lord Louis Mountbatten (Richard Johnson). Lord Mountbatten urges Charles to play the field but that "once bedded, can't be wedded", ruling the brassy but caring Camilla out.

Once Charles goes to the Royal Navy, Camilla does not wait but marries Andrew. That cuts them off romantically and sexually, but neither can let go of their deep spiritual connection. He leans on her, she on him, and after Lord Mountbatten's assassination they do share a tryst. Camilla's one indiscretion doesn't match Andrew's rampant cheating however, and as his loyal friend Camilla offers to find Charles a bride. After some searching, she finds the perfect candidate in young, naïve, innocent and virginal Lady Diana Spencer (Michelle Duncan). It is Charles' wedding day, but we see Charles and Camilla looking at themselves in their mirrors, their loss immense. 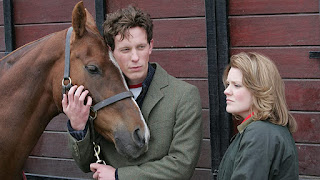 Whatever Love Means takes its title from the response The Prince of Wales gave at the engagement interview, though it is a popular misquote. His actual statement was an added response when the reporter interjected "And I suppose in love" to their answer about why they were getting married. Lady Spencer replied "Of course!" and then His Royal Highness added "Whatever IN love means". Like "Luke, I am your father!", "Hello, Clarice" or "Why don't you come up and see me sometime?", Charles' off-the-cuff quip is not accurately remembered but has taken on a life of its own. Accurate or not, the quote and the telefilm reveal much about the then-thwarted romance.

Whatever Love Means is perhaps the most sympathetic view of the Charles & Camilla romance outside a Windsor Production. I can't say whether screenwriter William Humble had it in mind to portray the couple so sympathetically, but it is a nice change from the usual version of this story. In too many versions of the Charles and Camilla affair, he is portrayed as selfish to cruel, she as sexually voracious to malevolent and Diana as a saintly long-suffering victim. Here, Diana is barely a figure, on for probably ten to fifteen minutes at the end. 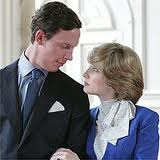 Instead, the focus is on the lovers, and for what many hold to be a torrid decades-long affair Whatever Love Means is surprisingly chaste. There is kissing, particularly a surprisingly passionate session in front of Andrew and other Parker-Bowles party guests, but there is no lurid sex scene and only the mildest hint that Camilla broke her marriage vows with Charles.

It's easy to root for the lovers in Whatever Love Means given again how sympathetic they are. We see Charles forever bullied and berated by his father Philip, Duke of Edinburgh (Peter Egan), Andrew as a boorish cad and Anne as somewhat rational and somewhat brittle. It is as if Charles and Camilla, instead of being selfish and uncaring, actually were quite sacrificing and caring, at least to and with each other. Whatever Love Means, by focusing on their own individual romance versus how it relates to Lady Diana, makes Charles and Camilla soul-mates.

Our hopes that they do unite is enhanced by the lead performances. Fox doesn't exactly sound like Charles (he sounds more like someone trying a Benedict Cumberbatch impersonation) but he does quite well in getting the Prince's voice. Fox makes Charles a caring but insecure man, one who is shy and forever buttoned up. He finds in Camilla not just a sexmate but a caring woman, one who cares for him, Charles Windsor, not His Royal Highness the Prince of Wales. He makes the scene where his second cousin Amanda (Laura Murphy) turn down his marriage proposal not overly dramatic but instead a moment of genuine heartbreak. He may not have been in love with Amanda but the rejection does feed his sense of unworth.

I'd argue that Fox makes Charles frankly better-looking than the real thing, but he does go away from mimicry and ridicule to instead showing a hesitant man who longs for love. He doesn't make him a saint (Charles all but ignores a date to dance with Camilla) but by now we see that he is deeply in love with the only woman who gets him, so you do want them to be together. Fox also gives Charles something of an edge, such as nicknaming his brother-in-law Captain Mark Philips "Fog" because as he puts it "he's thick and wet". Even that doesn't come across as malicious.

Poulet makes the now-Duchess a woman who is gentle but fun, able to bring Charles out of his shell but not some rapacious sex fiend. Even that quote about "My great-grandmother was your great-great-grandfather's mistress, so how about it?" isn't said in a lurid play at seduction but almost as a lark. Camilla is portrayed as a shoulder to cry on, a caring, sympathetic woman who is more confidant than royal mistress. Funny, caring, bright despite her claims otherwise and forever loyal and loving to her "Fred", our "Gladys" seems his ideal match.

You feel for her when she sees Charles kissing Diana. Even though she engineered the match and knows it has to be so, the film does make clear Camilla's heart is breaking.

Well-acted and written, with strong production values, Whatever Love Means is one of the better royal love stories made for television, certainly a damn sight better than the syrupy Charles & Diana: A Royal Love Story or the slightly better The Royal Romance of Charles and Diana. It may be because the Charles and Diana story aimed for "fairy tale" while Whatever Love Means aimed for "tragic love story". The then-Princess of Wales has her own famous quote: "Well, there were three of us in this marriage, so it was a bit crowded". Whatever Love Means makes the case that it was Diana who essentially was the interloper to a real, royal romantic love story.