What can be more frightening than Paul Lynde consorting with witches and the rock band Kiss? The Paul Lynde Halloween Special suggests that there was way too much cocaine being used by people working on television in the 1970s.

After going through several holidays, Paul Lynde finally figures out which holiday is coming up: Halloween. After a Halloween-themed version of Lynde's breakout song, Kids from the musical Bye, Bye Birdie, we get the overall plot of the special.

Paul Lynde is driven up by his housekeeper Margaret (Margaret Hamilton) to her sister's house, Gloomsbury Manor. Here, Lynde discovers that her sister is a witch, Witchiepoo (Billie Hayes) and Margaret herself is the Wicked Witch of the West. They want Lynde to be their "spokes-human" to give witches a more positive image. In exchange, they will grant him three wishes. Lynde's first wish is to be a trucker.

No, I'm not making that up.

As Big Ruby Red the Rhinestone Trucker, he must battle against his frenemy Long Haul Howard (Tim Conway) and the diner owner (Billy Barty) for the love of diner waitress Kinky Pinky (Roz "Pinky Tuscadero" Kelly).

His first wish fulfilled, Lynde is brought back to the haunted house to enjoy the first of three musical numbers from Kiss, Detroit Rock City. Accidentally wishing to be in the desert, Lynde at least manages to get to be a sheik, where he woos heiress Cecily Westinghouse (Florence Henderson). In an act of generosity, Lynde's third wish is to fulfill the Sister Witches great dream of going to a Hollywood disco.

With that, we get Florence Henderson singing a disco version of That Old Black Magic, Kiss performing the romantic Beth and the more rock King of the Night Time World and everyone joining in for Disco Baby (a reworked version of the racier Disco Lady). 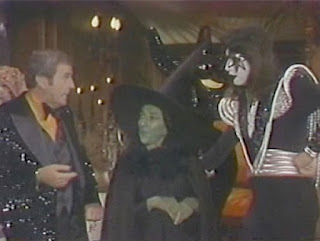 The 1970s had a curious fixation with variety shows and specials. Some become established classics, like The Carol Burnett Show. Others might not be classics but are still remembered, such as The Sonny & Cher Comedy Hour and Donny & Marie (who make a cameo during the Kids number).

Then there are such things as The Star Wars Holiday Special and The Paul Lynde Halloween Special. I'm not sure if "strange" really covers this hour of television. Perhaps people really did want to see Paul Lynde dressed up like a rabbit singing Here Comes Peter Cottontail followed by Kiss rocking out in a haunted house owned by Witchepoo and the Wicked Witch of the West.

It might be bonkers to even bother stating that the plot, such as it is, is beyond idiotic and nonsensical. Lynde got his three wishes but he never campaigned for witch rights. Yes, it was an excuse for the sketches, but none of the sketches were funny.

In fact, they were cringey to cray-cray. Out of the three (or two really, as I would argue there was no third sketch per se but a strange musical montage mixing Harold Arlen with glam rock) it is hard to decide which was the worst. If asked, I would offer the first sketch revolving around truckers.

Lynde, already a large and flamboyant personality, looks downright bonkers as "Big Red". None of his quips are funny here and everyone else acts almost desperately to sell this routine. The most desperate is Kelly, who appears to be playing her Happy Days character just in an alternate universe. 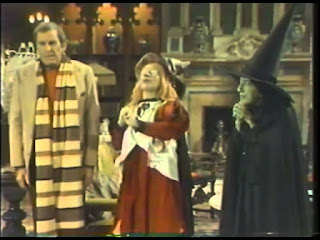 The Sheik spoof is no better, but it allows Lynde a chance to be as open about his homosexuality as the times would allow. When asked why he wore only one earring, Lynde quips that he's "a very chic sheik" and calls himself Florence of Arabia.

Even more outlandishly, Lynde manages to slip in a surprisingly risqué quip in the Trucker sketch. If "Kinky Pinky" wasn't already daring enough, he I believe calls himself "Deep Truck", a clear reference to the pornographic film Deep Throat. There are also vague suggestions of bestiality thrown in in the Sheik sketch.

It's all pretty wild, especially for what I presume was meant as a family variety special.

Almost all of the songs are bizarre. Lynde's opening Kids number somehow ended up creepy to the point of almost being unintentionally salacious. "Come on and ring my doorbell, you won't be sent away. I'm just crazy for Kids today!", Lynde warbles, the lyrics and delivery coming across as more suggestive than I'm sure intended. Henderson's solo disco That Old Black Magic number was too operatic for my tastes, but this and Kids does reflect how dated The Paul Lynde Halloween Special is.

In the Kids number while performing a kick-line with his court of ghouls, Lynde sings "There's too much Alice Cooper, not enough Alice Faye", which makes me wonder whether anyone watching then knew who Alice Faye was, let alone today. The Rhinestone Trucker, I figure, was in reference to Glen Campbell's Rhinestone Cowboy. The Disco Baby and That Old Black Magic numbers are also clearly disco, which was still popular at the time.

Again, it is the strangest thing that Kiss is the most sane element in The Paul Lynde Halloween Special. The highlight is the performance of the ballad Beth, which was quite tender and moving. It is so at odds not just with the overall Kiss persona of quasi-satanic aliens but with the special on the whole. Amidst the bad puns and weird musical numbers (Kiss' Detroit Rock City and King of the Night Time World included), to hear this love song feels jarring in its sincerity. 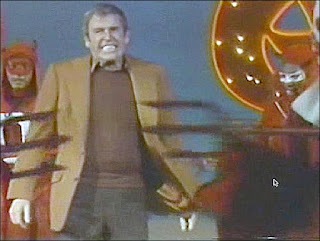 Some of the acting is strong. White as this rather bitchy witch queen was a standout, milking every inch of her bemoaning how if she couldn't get a date with Paul Newman, the other witches could have found a better Paul like Paul Williams or Paul McCartney. Hayes and Hamilton looked like they were having a ball in playing their most famous roles outside the characters' original worlds. Conway is the unsung hero, playing the poor roles to the best of his abilities.

Lynde and Henderson leaned in a bit too much into the camp. Certainly, the latter was hamming it up for all it was worth. The former though had a bit too much of the snark in him. When conversing with Kiss, he quipped, "Four kisses on the first date", the grin revealing a bit too much satisfaction. That was followed up by his comment over how the band got its name. "You all got into a fight and your moms told you to Kiss and makeup".

At the end though, Lynde seemed to break from a persona and become a person, one who desperately wanted to be loved, let alone liked. "I thank you for making me feel wanted," he addresses the audience directly. Here, the viewer draws the sense that Lynde, for all his quirkiness and apparent self-satisfaction, really wanted people to care about him. Apart from Beth, this signoff is probably the most touching part of The Paul Lynde Halloween Special.

However, touching moments is not the aim of The Paul Lynde Halloween Special. It is meant to make us laugh. That it did not do. It is however, a curious moment of television: part carnival side show, part oddball musical variety show, part time capsule. Watchable in a bizarre way, to quote Paul Lynde himself, "I LIKE THE FUNKY STUFF!" 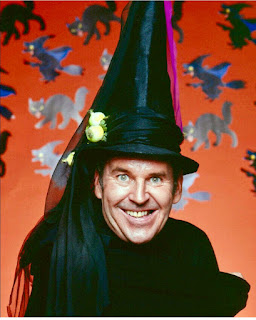