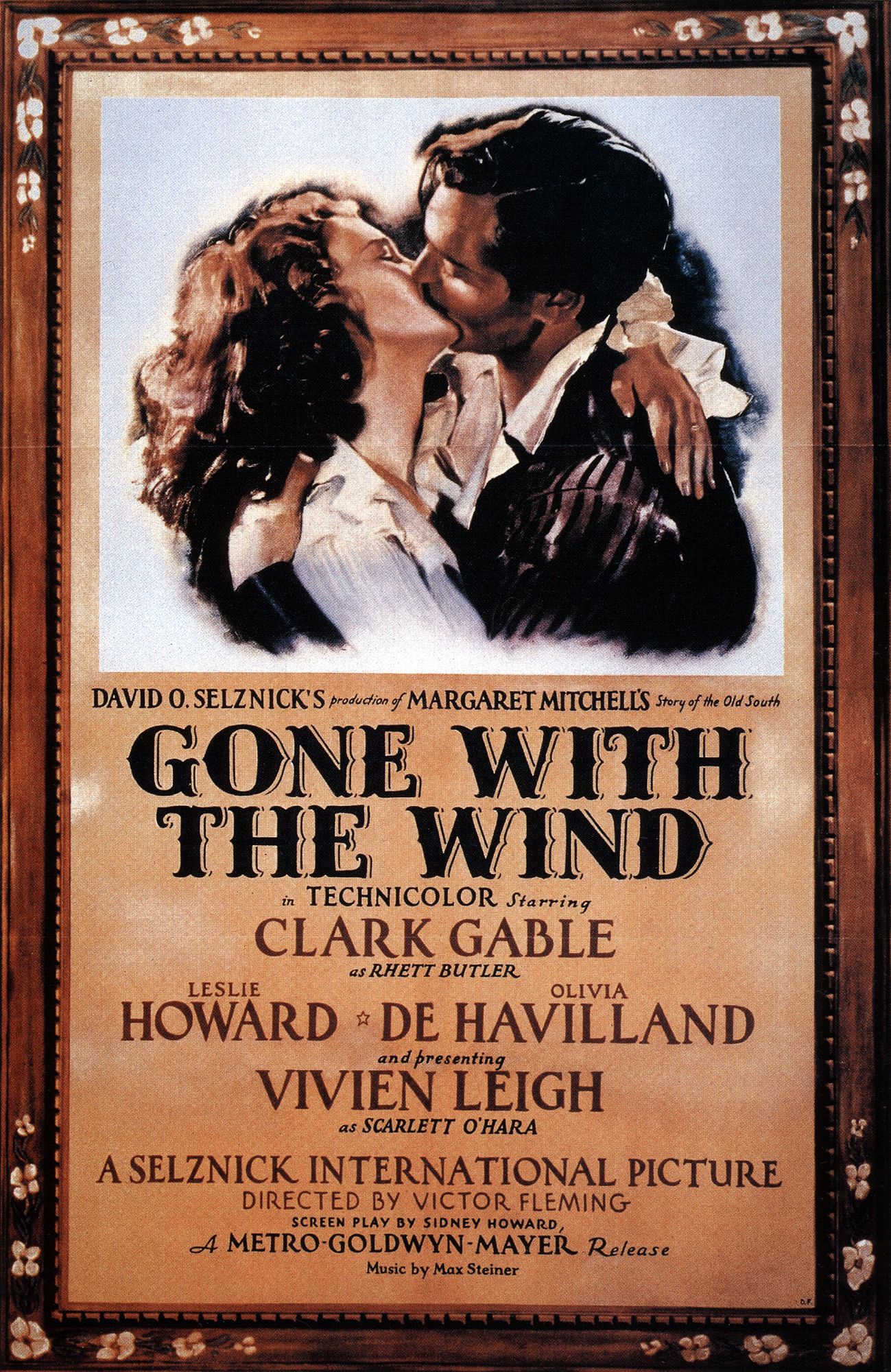 The Rose Bowl of Epic Films: The Granddaddy of Them All...

1939 is held as the greatest year for film in history. Among the films released were Mr. Smith Goes to Washington, Young Mr. Lincoln, Love Affair, Stagecoach, Beau Geste, Ninotchka, Dark Victory, The Women, and The Wizard of Oz.

Out of all those epics and masterpieces, there was one that towered over them all: Gone With the Wind, David O. Selznick's adaptation of Margaret Mitchell's Pulitzer Prize-winning novel. The novel had captured the imagination of Americans and continues to thrill audiences with its tale of fiery passions set amid the chaos of the American Civil War.

Fiery Southern belle Scarlett O'Hara (Vivien Leigh) thinks she is in love with Ashley Wilkes (Leslie Howard), the neighboring plantation owner's son. Despite her temptations, Ashley is in love with his distant cousin Melanie (Olivia de Havilland). Scarlett is determined to make Ashley her own, but the dashing Rhett Butler (Clark Gable) is equally determined to make Scarlett his own. The lives and loves of these characters go on with the American Civil War as a backdrop. What makes Gone With the Wind a film so powerful, so great that it towers among cinema's greatest achievements? There are many components.

The performances are the first part. Vivien Leigh makes Scarlett a beautiful, intelligent, and dangerous woman. She's independent, and not afraid of anything that will stand in her way of her goals, be it a man or in keeping her beloved plantation of Tara. Her performance as the original Southern belle is more remarkable given that she is not Southern or even American, but British.

She not only has the physical beauty to make one believe men would kill for her, but she conveys Scarlett's determination to succeed, to go on, to keep fighting even when it looks like all the odds are stacked against her. There is a lot of Scarlett in Leigh: the fact that she was unknown outside America and not well-known within Britain itself but still beat out all others for the role speaks volumes about her own will and determination. Her Oscar was well-deserved.

Equal praise goes to Clark Gable. His power has not been dimmed by the years. His introduction to the film is still among the best: all he has to do is look at you, and you're powerless under his spell. His Rhett is a match for Scarlett: tough, ambitious, but also with a remarkable wisdom about himself and others. Gable also gives him a vulnerability, a soft side that makes the losses in Rhett's life all the harder to bear.

De Havilland comes off strong as the seemingly weak Melanie, a woman who in Rhett's words, "had no strength, only heart". Howard has been criticized for being a weak romantic hero, especially compared to Gable. However, I argue that the whole point of Howard's Wilkes was that he was fantasy. Scarlett was in love with a fantasy, not a real person. If one takes it from that angle, one appreciates Howard's characterization much better.

Many other roles should be recognized. Hattie McDaniel became the first African-American to win an Oscar for her supporting role as Mammy. While she was a slave (curiously, a status never mentioned on screen), she was far more wise and moral than her "masters". Butterfly McQueen's Prissy, while more cartoonish by today's standards, did well when you consider that she was suppose to be the opposite of the wise Mammy. Her unmistakable voice made one of the most memorable lines in film ("I don't know nuthin' about birthin' babies") all the more memorable.

Thomas Mitchell, who would win a Best Supporting Actor Oscar for another 1939 masterpiece (Stagecoach) could easily have been nominated for his performance as Gerald O'Hara, the rough Irish proprietor of Tara. Ona Munson's Belle Watling makes the madam of Atlanta almost respectable, certainly a more complex character than the traditional "hooker with the heart of gold". 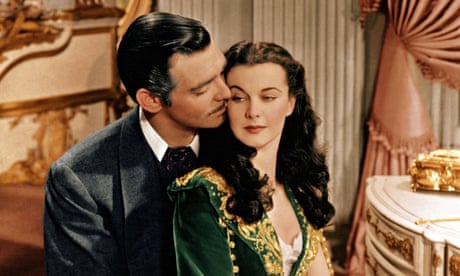 The second aspect to Gone With The Wind's greatness is the story itself. Americans for the most part identify with those who struggle, and there can't be a greater struggle than to pick up the pieces of your life after it's been crushed and burned to the ground by an invading army. The audience relates with Scarlett and Rhett, and wants them to be triumphant, to be together.

The story itself sweeps you into an idealized vision of a lost world of romance. Martin Scorsese commented once that the film unlocks the fantasy aspects in our minds, and Gone With the Wind is fantasy: romantic fantasy, and a ridiculously idealized idea of the Old South. However, the epic sweeping nature of it just carries you totally into this lost world (mercifully so).

That being the case, the films should not be seen as being historically accurate. The portrayal of slavery in Gone With The Wind is so genteel that one wonders what all the fighting was about. We have to remember, however, this is not a history lesson or documentary. It's a romance, and it is historic fiction. We mustn't be too harsh in our judgment.

There has been a push to discredit films like Gone With the Wind and all the films it spawned: large-scale films like The Ten Commandments or Ben-Hur. They're derided as "lumbering", "excessive", "overblown". This, I believe, is quite unfair. These films last and are loved by the people because they speak to people's basic needs: partly to escape, partly to find characters that one can identify with. So long as people continue to want to triumph over all adversities, people will continue to love Gone With the Wind.

Gone With the Wind is this massive, sweeping epic, less a paean to a lost world and more a story of ambition. Vivien Leigh gives perhaps the greatest female acting performance as Scarlett O'Hara, beautiful and horrible woman, matched by Clark Gable's titanic force of nature's Rhett Butler. An epic of epics, Gone With the Wind towers over cinema, even in Hollywood's Greatest Year.

I conclude by including some thoughts on the issues Gone With The Wind brought up while watching it.