A Single Man: A Review 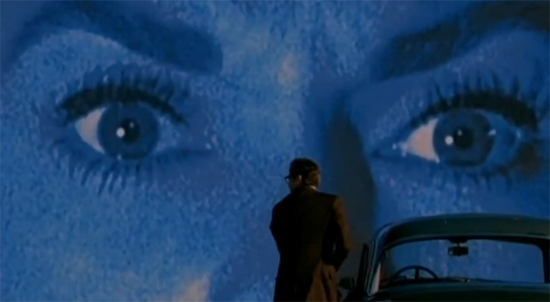 
Sometimes, in the eagerness to please critics, a novice film-maker will go all out in the "art" department. He or she will adapt a work with a pedigree, hire excellent actors, and give us various bits of visual notes that proclaim, "This is an art film". A Single Man goes for all that, and I would offer writer/producer/director Tom Ford this piece of advice: sometimes, less is more.

The film is on the last day in the life of George (Colin Firth) a British professor of literature currently working in California. It's his last day because he's decided to kill himself after the death of his partner (Matthew Goode). To keep up appearances, he continues about his business: teaching his college course, picking up booze (and almost picking up a man) at a liquor store, having dinner with Charley (Julianne Moore), a woman with whom he slept with once but now is a platonic friend, and getting a little too close to Kenny, (Nicholas Hoult) a student who is getting a little too close to him.

Now, while A Single Man is set in 1962 during the height of the Cuban Missile Crisis, I kept wondering if we were in the 1950s. Not being around at the time, I wonder if the aesthetic was the same, but this confusion as to the time frame is the least of the issues. I could tell this was an "art" film because there were so many flashbacks. So Many Flashbacks, and so Artistically Shot, with this curious gauze that announced themselves as being artistic.

I get the sense that Mr. Ford (who was, and might still be, a fashion designer) couldn't help himself in including so many scenes that played like dream/fantasy sequences to the point where one wonders whether they are taking place in reality or in fantasy. There is a flashback of when George and his partner Jim were talking about previous experiences with women (or lack thereof). The way it was filmed: black-and-white with them sunning themselves in what looked like rock formations looked like a fantasy sequence. It was a bit too much, as were the constant shots of clocks (I counted three before half the day was done) or when George drives up to the liquor store with Janet Leigh staring at him, or when George marvels at the beauty of two shirtless tennis players while his colleague Grant (Lee Pace from that hideous and mercifully cancelled Pushing Daisies) talks with him.

It was almost all too melodramatic. The dialogue sounded like dialogue as opposed to real people speaking. The scenes between George and male hustler Carlos (Spaniard Jon Kortajarena, who judging from his IMDB profile has done no acting except playing "himself" on Spanish television) and George and Charley sound like they were being read from a script. I suppose Ford wanted to stay true to the novel by Christopher Isherwood on which A Single Man is based, but it didn't sound natural. Let me sum up the melodramatic aspect of the film this way: I have no way of knowing this, but MUST every gay man listen to opera, especially while planning a suicide?

This isn't to say there aren't some wonderful things in the film. Colin Firth has shown us that he is a first-rate actor and not just Mr. Darcy (from either television's Pride and Prejudice or Bridget Jones' Diary). Early on, he is told over the phone of the death of his companion and on how Jim's family would rather not have him go to the service. In a silent moment, we see the pain, hurt, torment, anger, and agony of George's loss and rejection with just Firth's face: all the conflicting emotions that are overwhelming him. It's a beautiful moment from a brilliant (and underused) actor. 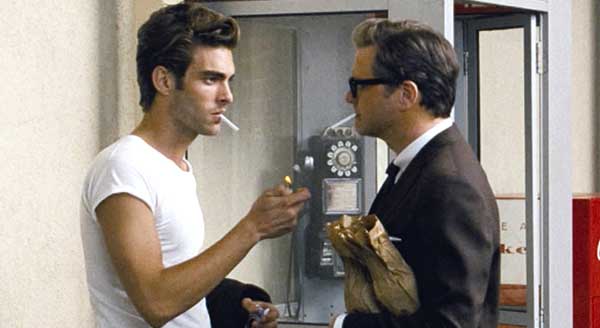 As excellent as Firth's performance in A Single Man is, he has many who can keep up with him. I've been a champion of Julianne Moore, but here, she's the weak point. Her performance (apart from being brief) didn't ring true, and that was mainly due to her British accent, which sounded like a British accent as opposed to someone who is British speaking English. Goode only appears in flashbacks, but while he's also limited in screen time he makes the most of it (and doesn't sound British...or Irish). As Kenny, Hoult managed to speak as an American and his native British accent also never registered. As I reflect on it, overall the performances were better than what I first thought.

Take Kenny for example. Throughout the whole film we never really know how far his interest in George are, and even at the end, we can't be sure, even though we get some signals. "We're invisible", Kenny tells him once they get back to George's place if memory serves correct. Is that a hint?

This may be why I found A Single Man a bit difficult to embrace. It's SO artistic, and while not reaching the level of pretentious it does take a "skinny dip" into those waters. Abel Korzeniowski's score was too reminiscent of the score for The Fountain for me to not think of that music when I heard this music. Eduard Grau's cinematography was lovely to look at, but at times too self-conscious of the fact this is "art". Finally, I hated the ending. Yes, it may be true to the novel. However, again I thought, "art, art, art". Enough with the art.

A Single Man has wonderful performances, especially Colin Firth, but they are drowned in its own efforts to be a great film. If it had toned down its artistic aspirations, you would have had a wonderful character study of a man forbidden by society's mores to grieve. As it stands now, A Single Man finds itself drowning.