The Proposal: A Review 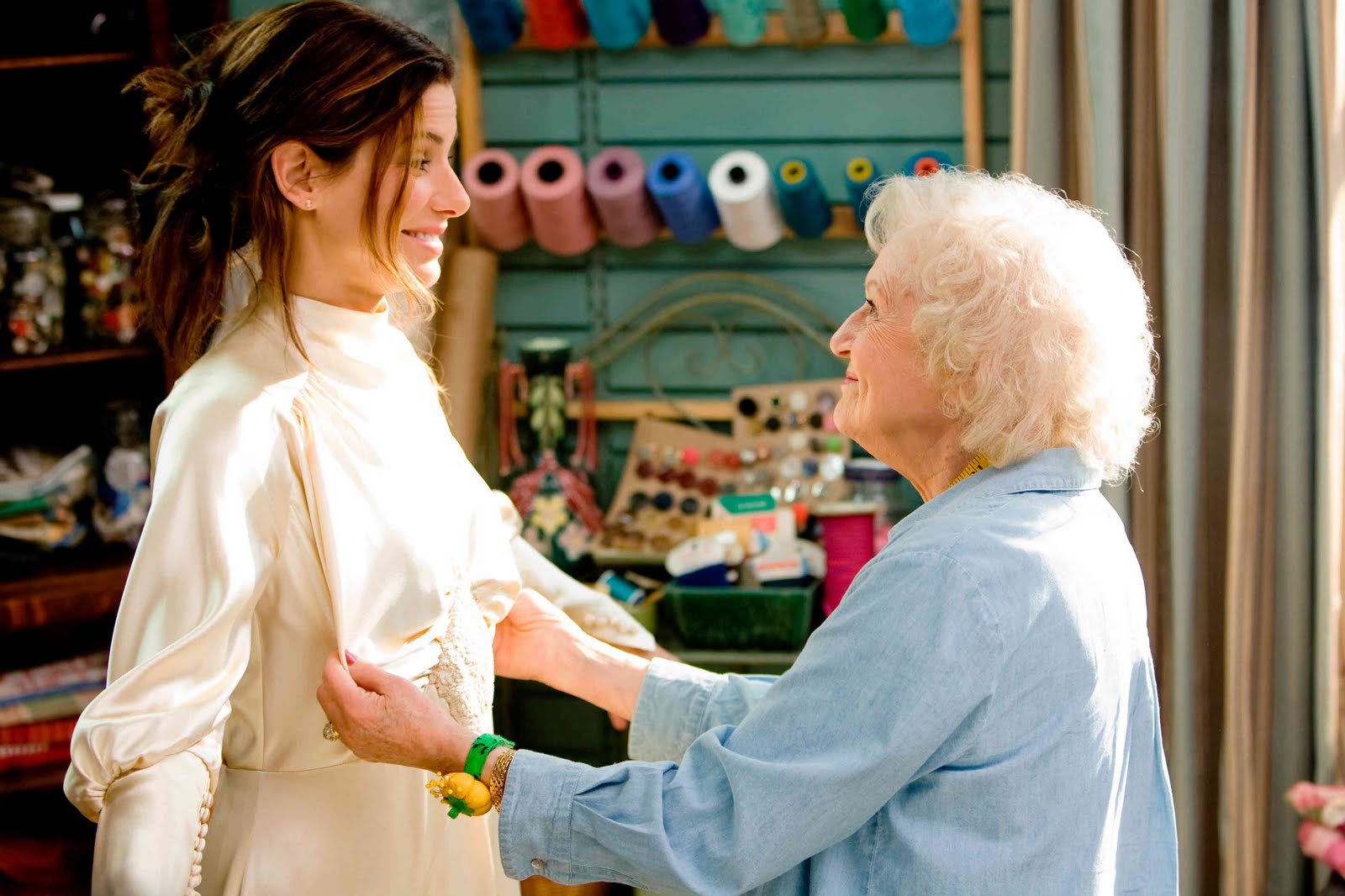 
In a film like The Proposal, you have to rely on all the characters having a basic level of stupidity. Otherwise, nothing in it would work.

All the people in the story simply have to carry on without thinking things through, because if they did, they'd realize that they wouldn't do anything they actually do. Instead, they'd act and do things rational people would, and where's the funny in that? In The Proposal, there isn't all that much funny to begin with.

Margaret Tate (Sandra Bullock) is to the book publishing world what Miranda Priestly in The Devil Wears Prada is to the fashion magazine world: the Boss From Hell. She's mean, pushy, uncaring, and terrorizes all her underlings, chief among them Andrew Paxton (Ryan Reynolds), her long-suffering, slightly emasculated, put-upon personal assistant. Maggie delights in exercising her power in the office and doesn't shrink from bullying people to get her way.

Unfortunately, Maggie has a problem: she's Canadian (which, I understand, is a treatable condition, but I digress). Her visa won't be extended, and she faces deportation. In order to avoid this, she pushes (threatens is the better word) Andrew into getting a quickie marriage so she could stay. Of course, Andy goes along with this (even after knowing that if this fraud is discovered he will go to prison), but with a few conditions: he is to be made an editor, his book is to be published, and he will go on a previously-planned trip Maggie had earlier curtly cancelled.

This trip is to his home state of Alaska, to celebrate his Gammy's 90th Birthday. In order to gather information about each other to satisfy an INS agent who suspects they are trying to pull a fast one, Maggie goes with him, and there they are greeted by his parents (Craig T. Nelson and Mary Steenburgen) and his beloved Gammy (The Betty White*). Maggie does discover a few things about Andy and Alaska: he comes from a remarkably wealthy Alaskan family but wants to pursue his own interests rather than those of Poppa, the Paxtons (especially Gammy) are overall a loving group, and that while Sitka has a very small population (around 9,000 residents) somehow Ramone (Oscar Nuñez), a man of suspicious foreign extraction, manages to hold down several jobs in town (thus giving credence to the idea that illegals really are stealing American jobs).

Maggie and Andy continue this 'engagement' ruse, and thanks to some more plot contrivances they now have to get married IMMEDIATELY. In the three to four days they spend in the Great North, wouldn't you know it: they realize they're in LOVE...for real.

It might have been funny if Reynolds and Bullock switched roles and he, the Boss from Hell, cajoled his female employee into marriage (given Reynolds in real life is Canadian, and Bullock in real life is as American as you can get, it would have been more accurate). Of course, if that had happened, it would have constituted a form of sexual harassment since the comedy comes from the fact that its a female being brutal to the man.

There are things to like in The Proposal. Reynolds is to my mind an all-around actor. Here, he goes back to his Two Guys, A Girl, and A Pizza Place comedic roots. He has perfected the look of a man stunned at the goings-on around him, a mixture of puzzlement and disbelief registering on his face whenever he is surprised by something that is suppose to be funny. Reynolds also manages to have at least one dramatic moment when he tells his father he has no interest in taking the Paxton mantle in Sitka.

Of all the performances, the best is that of The Betty White. The Betty White is unashamed to be blunt and open about whatever she thinks, and her directness is oddly endearing, especially since The Betty White delivers her dialogue with almost an innocence to it. However, near the end of the film she gives a dramatic scene which shows The Betty White is a strong actress who can play things both for laughs (her turn as a shaman--or is it a shawoman?) and for tears (a dying request).

However, Bullock appears actually too nice to be brutal as Maggie. She's suppose to be a terrifying creature in the office, but her harshness isn't all that harsh, more slightly rude and unthinking than cold and cruel. Given that she's supposed to evolve into a caring, even loving woman at the end of the film, her transformation doesn't appear like a 360 degree one, just a slight attitude adjustment. It should be pointed out that Bullock or director Anne Fletcher never made any effort to give Bullock's character any Canadian inflections. Couldn't they have thrown in at least one "a-boot" or "eh" at the end of a sentence to at least make her sound something close to a Canadian?

Bullock has a charm, and just like Reynolds has perfected his comedic styling, she has her own mannerisms: to be perpetually flustered by all the goings on (specifically with a small Paxton family dog). The actors aren't to blame for The Proposal falling flat. The fault lies on Pete Chiarelli's script, which depends a lot on contrivances to either move the plot forward or get the characters into silly situations.

Take for example a now-famous moment when Bullock and Reynolds crash into each other completely nude. While it is good to see that both of them have amazing bodies, how neither knew the other was in the bedroom they are forced to share borders on the stupid. I have often wondered why characters in comedies, especially romantic comedies, have to be on the whole stupid. The Proposal doesn't answer that.

We have the obligatory confession scenes, where the main characters reveal things about themselves they've never revealed about themselves, and the sudden change of heart at the altar, and while I know that I shouldn't take any of it as the actions of rational people, I can't help think maybe, just once, characters should have an ounce of intelligence.

I digress to point out that I felt almost embarrassed for Nuñez as Ramone. It was already pretty awful he had to perform a strip scene (granted, I did chuckle, but more out of embarrassment than amusement), but to have him pop up every so often in various jobs was just wearing a bit thin. Finally, ending the film in a montage of interviews with the INS where we get the idea that Ramone is in the country illegally is cheap. I would have found it funnier if the character were named Scott Gomez (who as far as I know, is the only famous Hispanic Alaskan), thus giving him the ethnic background the film-makers were looking for and still having a bit of a pun.

The Proposal is slight, dumb, predictable, not the greatest of comedies. Yes, it's harmless, so I shouldn't be too harsh on it. In the end, The Proposal is not indecent, but it's not very funny either.

*If you wonder why I refer to her as THE Betty White, it is because she has gone beyond being a mere actress (although a good one), she has become a Millennial Generation icon, a woman embraced by people not even born when The Golden Girls ended. Somehow, she is now a bone fide symbol of our times. She is more than just Betty White. She is now THE Betty White, and this is how I shall refer to her from now on: as The Betty White.
Posted by Rick at 10:53 AM