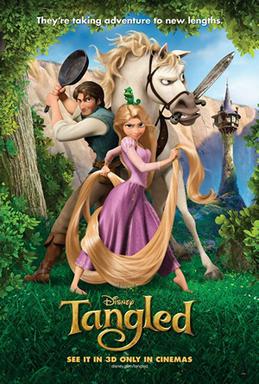 It's a positive in my book when a film released in 3-D, the bane of my cinema experience, can be enjoyed completely in 2-D. Disney might be trying to cash in on the 3-D craze, but in this case I think they are merely following the lemmings of animation who are headed over an artistic cliff. Tangled, the reworking of the Rapunzel fairy tale, doesn't signal a second renaissance in Disney animation. However, it does signal a budding resurgence of light entertainment.

I will say 'reworking' since, to be frank, I don't remember the story save for that "Rapunzel, Rapunzel, let down your long hair" bit. In our version, a magical flower is discovered by Gothel (Donny Murphy), who I think is a witch but who looks suspiciously like Cher. Gothel uses this flower to keep herself looking young forever (just like Cher). The Queen, who is hours from delivering birth, is deathly ill, and a search for said flower takes place. Even though Gothel tries to hide it, it is discovered, brought to the Queen, and she gives birth to Rapunzel (Mandy Moore).

Gothel attempts to take a bit of Rapunzel's hair, but discovers as soon as it's cut, the golden blonde turns brown and the magic is gone. Not wanting to lose her chance to stay young, Gothel makes off with the Princess and keeps her locked away in a high tower in a hidden forest. Rapunzel has only the chameleon Pascal to keep her company (figure then Rapunzel is in a French-speaking world).

Cut to many years later. A trio of thieves, the Stabbington Brothers (Ron Perlman) and Flynn Rider (Zachary Levi) steal the diadem of the Missing Princess. Flynn cheats the Twins and makes off with the jewels, with only Maximus, a Royal Guard horse, to keep the mad pursuit. Flynn discovers the hidden alcove, and once up in the tower, he is promptly hit on by Rapunzel: hit on meaning she uses her handy-dandy frying pan to knock him unconscious.

Eventually, after a series of knockouts, they strike a deal: he'll take her to where lanterns flow into the sky (always on her birthday, coincidentally enough) and she'll give him back the diadem. Off they go, with the Twins, Gothel, and Maximus all in varying pursuits. Eventually, after a somewhat humorous visit to a tavern, they get to the village where they realize what they feel. However, Gothel & the Stabbingtons have joined forces to split the lovers up. In the end, the bad guys get what they deserve and we end the way all fairy tales end. 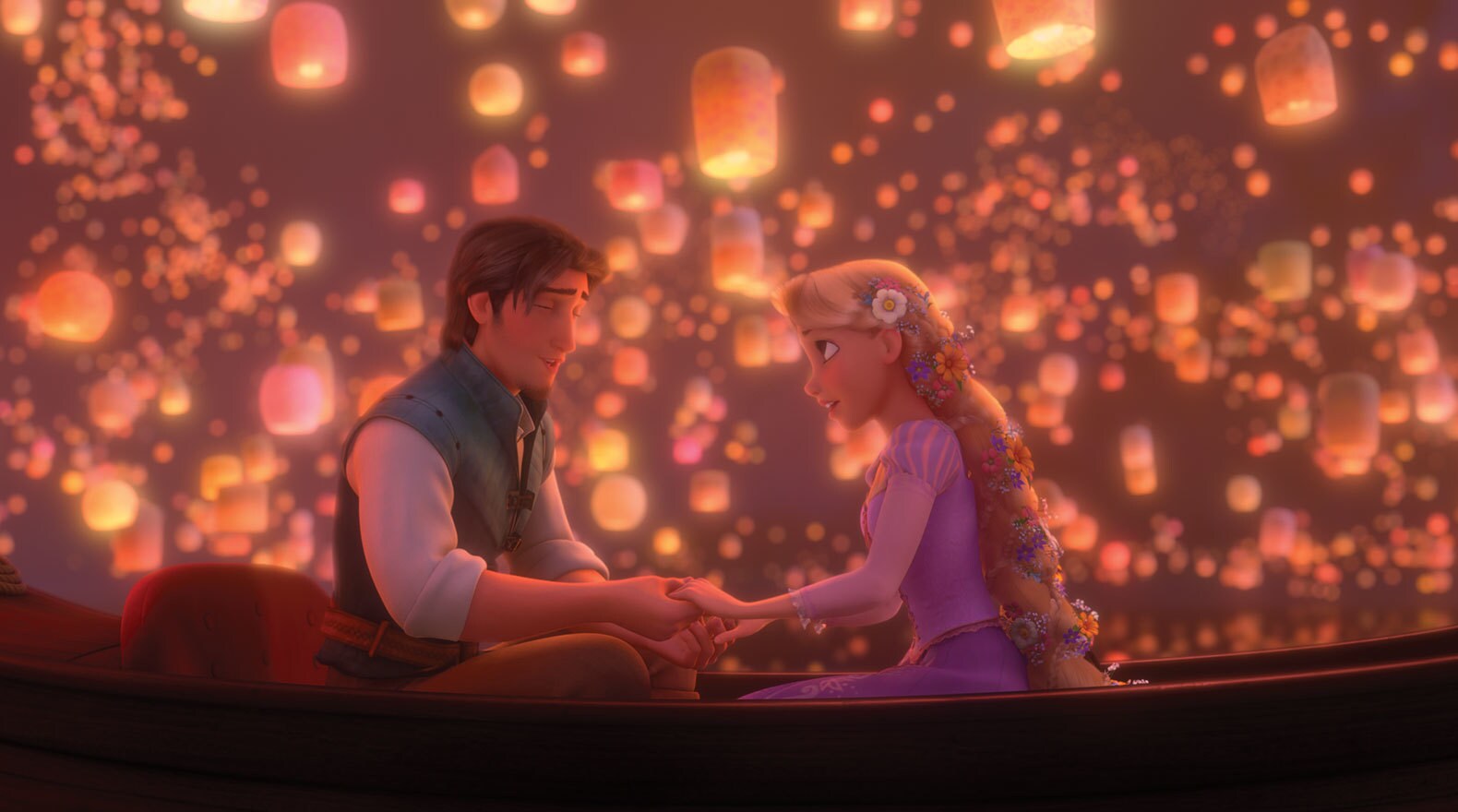 Tangled has some curious flaws. The songs by Alan Menken and lyricist Glenn Slater weren't all that memorable. They weren't even all that good. It may not be fair to compare previous Disney films to Tangled in the music department, but you don't leave the theater humming any of the tunes. There is no Beauty and The Beast, no Circle of Life or Can You Feel The Love Tonight, no Under the Sea or Part Of Your World, or even Ma Belle Evangeline or Dig A Little Deeper from last year's The Princess & The Frog.

The few songs I can remember: Mother Knows Best, I've Got A Dream, and I See The Light range from good but not quite up there with the previously mentioned (I See The Light) to downright bizarre (I've Got A Dream is sung by a group of ruffians that made it almost appear like Flynn and Rapunzel had wandered into an animated version of a gay bar). In fact, I was surprised that when Rapunzel finally touches ground (so to speak) she didn't have a song of discovery. 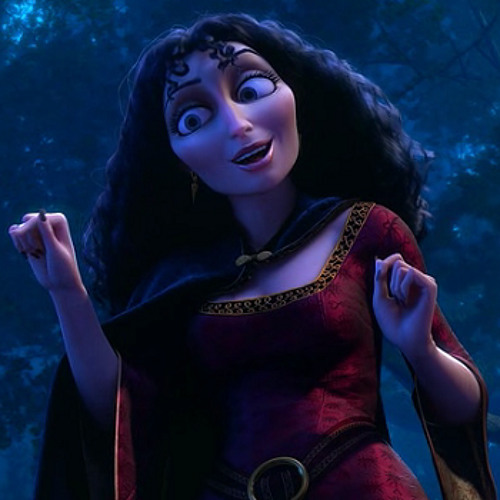 Another curiosity is how Gothel isn't a traditional villain. For most of Tangled, it almost seemed as if she really does care about Rapunzel and isn't as big a villain as she could have been. Same can be said for the Stabbington Brothers. When she does appear as almost threatening, it's done in a very rushed manner near the end, as if we had to dispose of her before the closing credits.

I also wasn't crazy about the voice-over narration provided by Flynn in the beginning and the end when frankly it wasn't needed. Dan Fogelman's script could have cut that device without affecting any aspect of the story.

This isn't to say Tangled doesn't have some wonderful things in it. When Flynn and Rapunzel arrive at the kingdom, they are greeted with some beautiful animation, culminating when they see the lanterns floating all around them. While I wouldn't have shelled out extra to see the film in 3-D, the sheer beauty of this scene is still appreciated in 2-D.

It might also be a surprise to see that the leads have very good singing and speaking voices. Let me explain: Levi (best known for television's Chuck) has a strong and pleasant singing voice, which surprised me. It isn't a surprise that he has charm with a hint of exasperation when he speaks as Flynn, but this is the first time I have heard him sing, and Levi shows he can handle a song rather well. Moore, known primarily as a singer (at least from what I know), knows her way around a song, but she projects both an innocence and a strength when she speaks.

In fact, while Levi and Moore handle their parts (speaking and singing) rather well, the best performances were actually mute. The chameleon Pascal, in an odd way, dominates Tangled, where every expression and change in color shows whatever mood he is in. Maximus, while not in the film for that long, has his moments whenever he shows his contempt for Flynn but also his insistence that he pursue her. You do end up liking them and they play off the leads and the characters wonderfully.

Tangled is heralded as Disney's 50th Animated Feature (has it been that long since Snow White & The Seven Dwarfs?) but alas, it will not rank up there with Snow White or Beauty and The Beast. It isn't in the traditional animation but it doesn't look totally computer-generated.

It's a second-tier film in the Disney canon, but while it could have been better (the songs won't rank high on anyone's list), Tangled is enjoyable and light, with good performances from Levi and Moore. At least the plot and songs won't tie you up in knots.