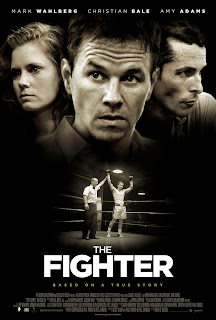 One can be wary of those 'inspirational, true-life stories' since they can soon drown in sentiment and have the opposite effect: instead of cheering the subject on, you're cheering his/her downfall. The Fighter can be seen as inspirational, and it is based on a true-life story: that of boxer "Irish" Mickey Ward (Mark Walhberg) and his half-brother Dicky Eklund (Christian Bale). However, once we get over those details, what we see is a rich film about family: the good and bad, and about how love can both blind us and free us.

Dicky was 'The Pride of Lowell', a former boxer himself who knocked down the legendary Sugar Ray Leonard. That was a long time and many miles ago. When The Fighter begins, Dicky is still living off his past glories with a new goal: to get his brother Mickey up there in the boxing world.

It would be more accurate to say Dicky is dying on his past glories, for he hasn't moved on either in his life or career. While a camera crew follows them around, Dicky is giving them an all-access tour of the mess of his life, with his addiction to crack being up front and center. Dicky appears oblivious to how his using crack in front of cameras can somehow be seen as remotely negative. Instead, he puts himself, when he is physically and mentally able to, at Mickey's corner, literally, as his trainer.

Their mother Alice (Melissa Leo), rules them not with overt acts of love or fear but with a towering protectiveness and determination. It's clear that she, and not her husband, run the family. In fact, the whole clan is a matriarchy, with their gaggle of sisters being just as bossy as their mother.

Mickey gets bouts, but they're not good ones. While he has a chance to go with better trainers, the pull of Family constantly weighs him down. That is, until he meets Charlene (Amy Adams), a bartender who catches his eye.

They begin a romance, over the strenuous objections of domineering Alice and her daughters, who don't like this interloper coming between the Family and Mickey. Dicky is determined to get Mickey the money he needs to get the training Mickey seeks and keep him within the safe confines of Lowell. He does this by performing illegal acts, and after an altercation with the police that gets Mickey injured, Dicky's arrested.

While in jail, Dicky suffers drug withdrawal and Mickey suffers life withdrawal. It's also while Dicky's locked up that Dicky finally realizes his 'comeback' film is really about Crack in America, that Mickey must move or he will figuratively die, and that both of them need to make changes. They both begin to train on their own and in their own ways.

Eventually, Dicky and Charlene come to an understanding since they see how they both have been pushing Mickey in all sorts of directions, none of them good. Once again, with Charlene's blessings, Dicky is back in Mickey's corner, to face up to The Big Match. 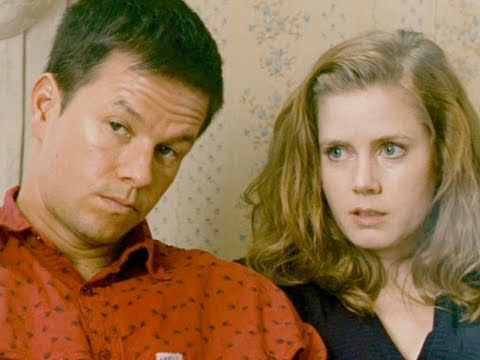 In certain ways, The Fighter hits all the requisites for those 'inspirational' films: a troubled man (or two in this case) fighting for a shot, the woman who loves him and will stand by him, a reevaluation of where he stands, a requisite training montage complete with music, a few inter-family fights, and The Big Match. If Scott Silver, Paul Tamasy, and Eric Johnson's screenplay wasn't based on the real lives of Mickey and Dicky, one might not believe it.

Even knowing that The Fighter is based on reality wouldn't give it an automatic pass. The screenplay's intelligence and moments of comedy do raise it up a great deal, but with the firm hand of director David O. Russell, The Fighter becomes more than an 'athlete does good' film, but a deeper film about the perils and promises of family bonds and of knowing that the weight of the past cannot and should not hold us hostage to the future.

In short, The Fighter is a title that works on more than the basic level of the character's profession. It also can describe what they do: fight for their lives, for their careers, for the ones they love and inadvertently hurt. It could also indicate that the fighter in The Fighter can be both/either Mickey (when he's in the boxing ring or struggling against his family's stranglehold) or Dicky (against his self-destructive actions). It could even also apply to Alice (to hold her place of prominence in the family) and Charlene (against those who are crushing the man she loves).

The performances are almost all-around brilliant. Bale has always been able to transform himself to whatever character he plays (I'd argue, sometimes to the detriment of his mental health, Terminator: Salvation rant). Here, he has two tricks to pull off. The first is performance-wise: portray a man wrapped up in his past, one who loves his brother and wants him to succeed but cannot go about it without causing him harm at the same time. From the moment we see Dicky, he looks like a man inches from almost physically disintegrating right before us. 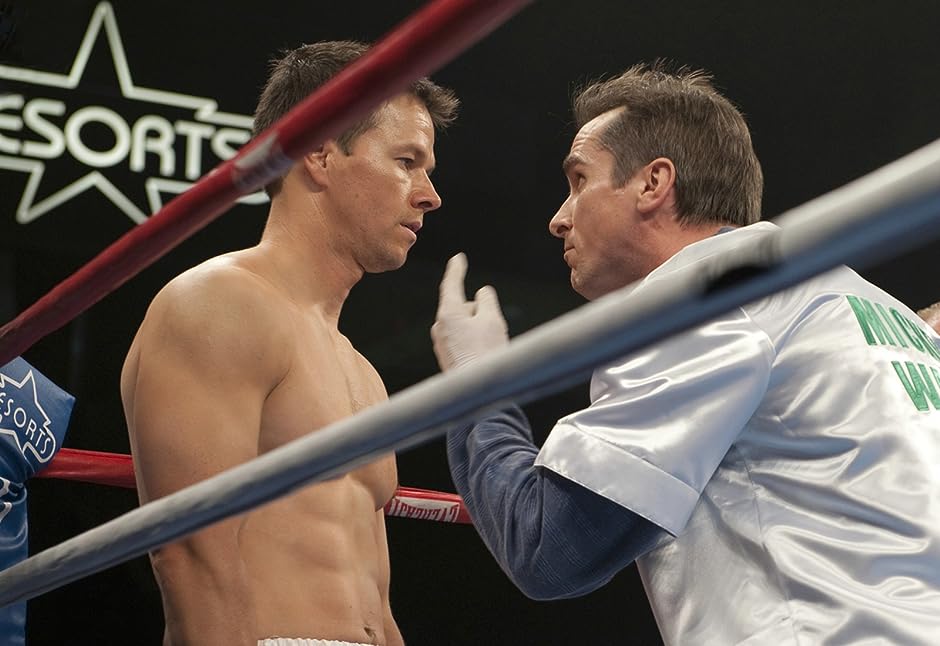 We see beneath his swagger and self-confidence and see a man who is so lost in his past that he truly doesn't realize the documentary crew he allows to follow him is not chronicling his resurrection but his self-destruction until it airs. Bale makes someone who we know we should run away from instead someone who is at heart truly loving. This is crystallized when, after failing to escape from Alice, he wins her over by serenading her with the Bee Gees I Started A Joke. It's almost as if he's regressed to childhood, but we see that he, even at his age and state, can still charm his mother.

His second trick is to speak with that distinct Boston accent. Bale manages to sound so authentic that we forget he's British. It never sounds fake or forced but flows perfectly, and it also never becomes grating. Some non-native Bostonians who attempt to speak like they are from the Bay State fail horrifically, exaggerating the 'ah' sound so prevalent they end up sounding like a Mayor Quimby parody. Bale, however, makes his accent part of who Dicky is, and we never notice that is sounds anything but real.

The actresses also handle their accents brilliantly, which compliments their performances also. Leo's Alice comes across a bit like a White Trash Queen, a classless figure who pushes everyone around her to do as she thinks. However, we see that she is motivated by love, albeit taking rather odd shapes. When she is confronted by Mickey about how he feels about her, the shock she genuinely feels about even the mere suggestion that she might favor one over the other is devastating because she never saw it.

Adams also has a brilliant performance of a woman who knows herself and won't be intimidated by Alice or her daughters. She is her own person and isn't afraid of anything, even someone as intimidating as Alice.

Walhberg is good as the conflicted and torn Mickey. Mickey is someone who does love his family yet realizes that if he continues the way he has, they will end up killing his career and sucking him into a world he doesn't want to be in. Mickey is remarkably passive early on in The Fighter, right down to taking Charlene to see Belle Epoque (not your usual working-class fare) merely because it's the closest movie playing far enough from his family and neighborhood.

His performance is so good we can forgive the fact that like in his other films, he doesn't change his facial expression. Athletic Walhberg is. Expressive Walhberg is not. Even that plays to his benefit, where the only real release Mickey has is in the ring, an area he knows he's good at.

If you'd like me to find a fault with The Fighter, the only one I can give you is that on occasion having the characters have similar-sounding names made it sometimes hard to remember who was who. However, that's such a tiny flaw that it is easily overcome: Dicky is Bale, Mickey is Walhberg. Problem solved.

All good boxing films, or sports films, really, are at their core about redemption: Rocky. Chariots of Fire. Rudy. Hoosiers. They all have the common thread of not just succeeding in whatever athletic event they are in, but also overcoming the blocks in their own lives, be it lowered expectations, intolerance, what-have-you. A good sports film transcends the conventions of the sport to give us an insight into how, yes, that thing called The Human Spirit, can rise above to achieve the victory, personal or professional.

The Fighter isn't just about the actual matches (although Russell filmed them so authentically they look like matches culled from television archives). It's also about the love between two siblings who wouldn't give up, on themselves or each other. It's about the bonds that can both smother and push you. In short, The Fighter is about how we can either succeed or fail, depending on who we have in our corner.