They say it's not the destination, but the journey.  That is probably true, but in The Way, we get a lot of beautiful scenery but very little for our Long March.

Tom Avery (Martin Sheen) is an ophthalmologist whose exclusive diversion is playing golf.  While on the course, he receives extremely bad news: his estranged only son Daniel (writer/director Emilio Estevez) has died on the first leg of the Camino De Santiago, a 500 mile trek from France to the shrine of Santiago de Compostela in Spain, where the body of St. James is believed to be buried.

Tom goes to France to collect Daniel's body, but almost on a whim, decides to have Daniel cremated and continue his final journey with his son, metaphorically completing the pilgrimage to Santiago de Compostela.

As he walks, he would rather be alone, but he soon finds himself with other individuals.  There's the jolly and avuncular Joost from Amsterdam (Yorick van Wageningen).  He walks so as to lose weight and fit into his suit for his brother's third wedding.  There's Canadian Sarah (Deborah Kara Unger).  She walks to rid herself of her smoking habit or so she says.  Finally, there's Jack from Ireland (James Nesbitt), a writer who thinks this walk will both break his writer's block and give him inspiration to create a novel based on his own adventures.

As these four continue on their trek, they meet with downright crazy people, find out secrets about each other and themselves, and come to terms with both their actions and their futures.  Every once in a while, Daniel appears to his father, a metaphorical ghost to his Pop. If anything, The Way maximizes the word 'earnest'.  There is nothing insincere in how both Estevez père et fils tackle the quasi-spiritual journey the Camino de Santiago evokes to many people, believers or not.  There certainly is a good story to be told of the many travellers on this journey who undertake this trip for reasons spiritual and temporal, and we get to know things that the non-traveller has never encountered.

For example, we learn that the pilgrims have a special 'passport' that is stamped on each stop to verify they have make this trek.  We also get some beautiful imagery of the French, Basque, and Catalonian countryside.  Of particular beauty is when we get to the actual Shrine of St. James and witness the splendor of the Mass, with a massive incense burner being flung within it. 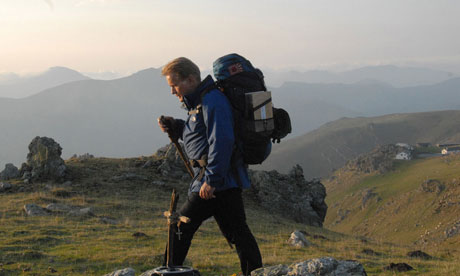 However, like in all road trips, The Way takes one too many detours on its way to the final destination.  Tom's snap decision to finish what his son started isn't a surprise but does make him look impulsive when so far he's appeared to be methodical.  How I kept wondering how much better The Way would have been if Tom had decided sometime after bringing his son to be buried or cremated to undertake this journey; you could even have had his golfing buddies try to dissuade him.

The issue of having him come across this collection of characters, who didn't appear to be too eager to travel with Tom but did so anyway, could have likewise been better written.  Why couldn't Tom just started with a group of pilgrims but decided to trek on his own with these other three staying loyal to him rather than just walking with him because, because.

Finally, there were certain moments in The Way that just got in the way of the main story.  Near the midpoint of the film, Tom takes a rest on a bridge and takes off the backpack, the one his son had on him when he died and held Daniel's ashes.  One guess as to what happens to said jacket.

While Tom does manage to get it back, I instantly knew what was going to happen and could only roll my eyes at this cliche.  At one stop on their journey, they meet El Ramón (Eusebio Lazaro), and we're suppose to believe this is the film's stab at whimsical characters when really El Ramón is downright bonkers.   Near the end of the journey, we get another complication: theft, and by a Gypsy no less.

However, this apparently random occurrence was to introduce a Roma musical number and give Tom an excuse to travel even further beyond Santiago de Compostela but to Muxia on the Spanish coast.  It made the film longer, but it didn't make it any richer.

There were other thing I found fault with The Way.  We get that Tom and Daniel have grown apart thanks to a few flashbacks where Estevez and Sheen tell us that they see the world differently, but The Way does something that I so detest in film, another Golden Rule of Filmmaking: Don't Repeat Information.

Joost, the big-hearted lug, tells Jack and Sarah about how Tom is carrying Daniel's ashes and completing the pilgrimage for his deceased son.  Granted, Sarah is the last to know, but we the audience do, so we're being told the same thing again and again.  Here is where I would have advised to make Tom more of a mystery to his travelling companions, so that when Tom finally allows them ever-so-slightly into his private grief, it would make it more painful and powerful.  I just think all that exposition could have been handled better, as could the differences between padre e hijo. 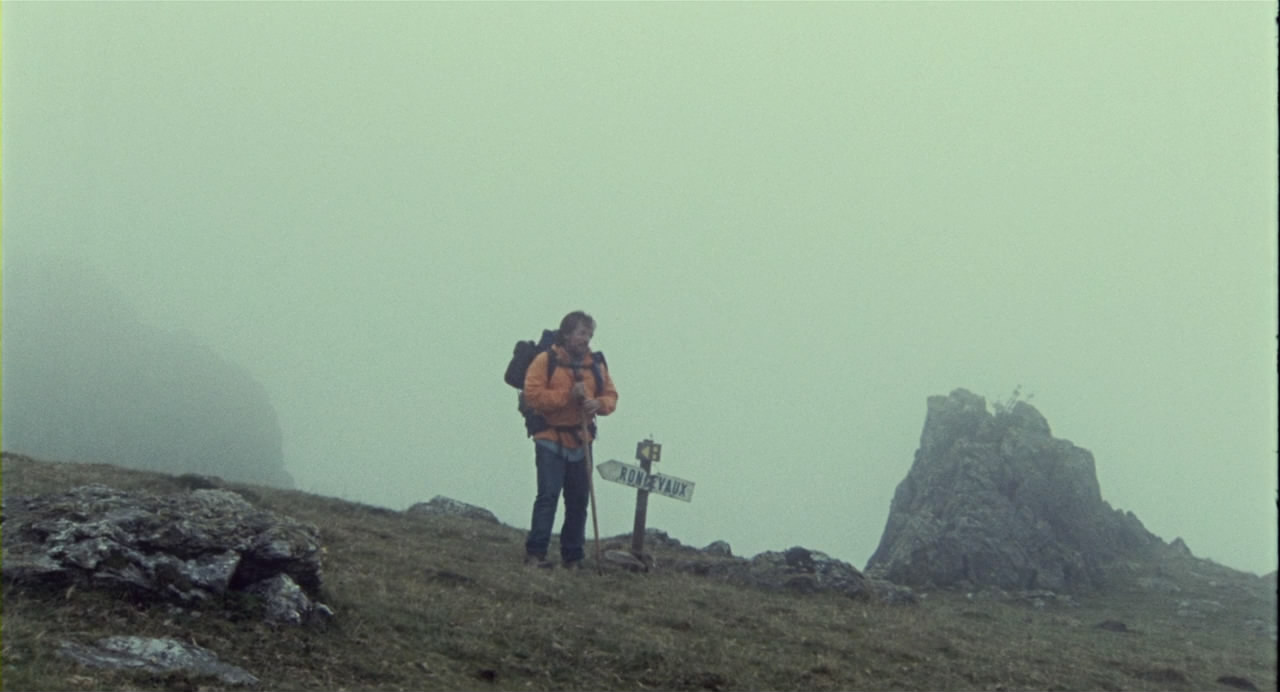 The entire scene where Jack from Ireland is introduced screams "CINEMATIC".  It doesn't seem believable, but more like something you'd see only in movies, complete with his blathering about 'roads' and the metaphors about them.  In short, it looks terribly fake and unrealistic, which to me is a bad way of making a travelogue.

Add to that, Sarah's hostility towards Tom in particular was just so odd: she was weirdly hostile to him given he didn't have much if any interaction with him.  Yes, the reasons behind her general demeanor were revealed later and are rather sad, but it would have helped the story if she weren't so mean from the start because since you don't know where she's coming from, you don't quite get where she's going.

Finally, every time Daniel showed up: be it appearing to be having dinner with other pilgrims, standing on the road, or being one of the men swinging the incense burner at the cathedral itself, it was yet another cliché and used far too often; moreover, it always made it look rather creepy, as if this ghost were stalking Tom.  Again, it would have worked much better if Daniel had popped out once (at the Cathedral is what I'm thinking) rather than here, there, everywhere.

It is not that The Way doesn't aspire to be something more metaphysical which is always a good think when so many films are superficial and wouldn't dain to touch anything spiritual.  It also helps to have as good an actor as Sheen.  He does a great job of making Tom someone who is distant, somewhat remote from his fellow travellers but who slowly if perhaps, slightly unrealistically, warms up to the people who've elected to travel with him.  You admire Tom's determination to finish the journey, and Sheen never makes Tom unlikable despite being at times difficult with Joost, Sarah, and Jack.

Van Wageningen adds a great deal of comic relief as the cheerful walking Dutchman and is even given a quiet moment of pathos when seeing that despite walking so much it is his self-indulgence that keeps him at a heavy weight.  Nesbitt is the cliched loquacious Irishman with a lot of blarney to him, and Unger does a good job whenever she drops her tough mask to reveal a hurt and vulnerable woman.

Again, there are some things to admire in The Way, chief among them, the film's ambitions to being a spiritual film but this is a case of 'less being more'.  A better focus on Tom's journey emotional and physical, along with a few less scenes of 'drama' (the near-loss of Daniel's backpack) and 'comedy' (the El Ramón sequence) would have had the benefit of making the film both shorter and tighter.

It might have been better to have Joost, Sarah, and Jack (the Cowardly Lion, the Tin Woman, and the Scarecrow if you like) discovered over the course of their journey Tom's issues with Tom himself discovering that he's alive but was not living.

There are some stumbles along The Way which push the film down.  In the most curious of situations, the ambitions of The Way got in the way of The Way.