Your Highness: A Review 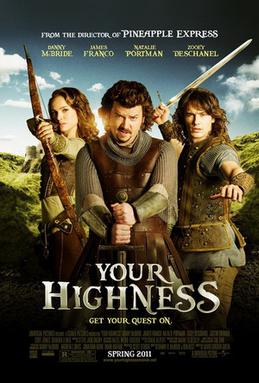 Put it down to my naiveté or a remarkably sheltered life, but until I had it brought to my attention I never got the pun of the title Your Highness.  That's just not the way my mind is trained.

Curiously, after watching Your Highness, it really isn't that much of a pun between the addressing of royalty and the smoking of marijuana since I don't remember there being all that much pot-smoking in the film.  Now, I have to confess I am not acquainted with the comedic genius of Danny McBride, but if Your Highness is representative of his work, the term 'genius' has received a major downgrade.

On his latest quest, Fab has defeated the evil wizard Leezar (Justin Theroux) and rescued the beautiful maiden Belladonna (Zooey Deschanel).  Both are madly in love with each other, while Thad only has his jester, Courtney (Rasmus Hardiker).  On the wedding day which a grumpy Thad, dressed like a fat Falco in the Rock Me Amadeus video, has skipped despite Fab having begged him to be best man, who shows up but Leezar, who spirits our maiden away to put back in his tower.  The virgin must be made pregnant by Leezar in order to conceive a dragon that will help him conquer the kingdom.

Well, it's off on another quest, but Thad's first, which he doesn't like one bit.  First stop: the Wize Wizard, which I take was a spoof of Yoda from Star Wars.  He tells them they can only defeat Leezar with the Blade of Unicorn, which is hidden within an elaborate labyrinth to which the Wizard gives them an enchanted compass, and then gets Fab to give him a hand job.  However, there is treachery afoot: Fab's loyal knights turn out to be not so loyal: his main knight Boremont (Damian Lewis), and I digress to wonder if 'Boremont' was a spoof of 'Boromir' from The Lord of the Rings, and their servant Julie (Toby Jones) are in league with Leezar.  They have orders to capture Fab and kill everyone else.  However, our brothers escape.

Fab is more determined to rescue Belladonna, while Thad just wants to get laid, get high, and get home.  They are caught by what I've dubbed Cannibal Amazons in Thunderdome (which would make a great title for a B-Picture I think), and in the games they are rescued by Isabel (Natalie Portman), who is on her own quest.  Thad, not experienced with quests, reveals too much, and wouldn't you know it: she takes the compass. 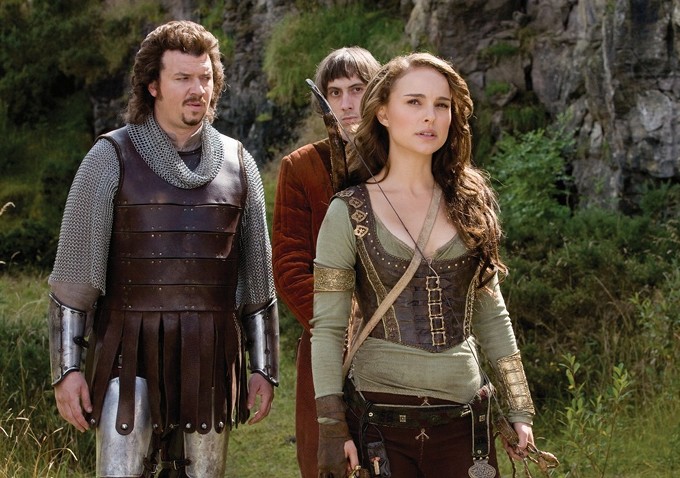 Far be it for me to offer advise to a comedic genius like McBride, but if you are going to spoof the sword & sorcery film, you do so by mocking the conventions of the genre while playing it perfectly straight.  Instead, McBride's script (co-written by Ben Best) decided that the best thing to do was to throw in as many vulgar words as they could get away with, put in a lot of sexual jokes and innuendos, and overplay everything. 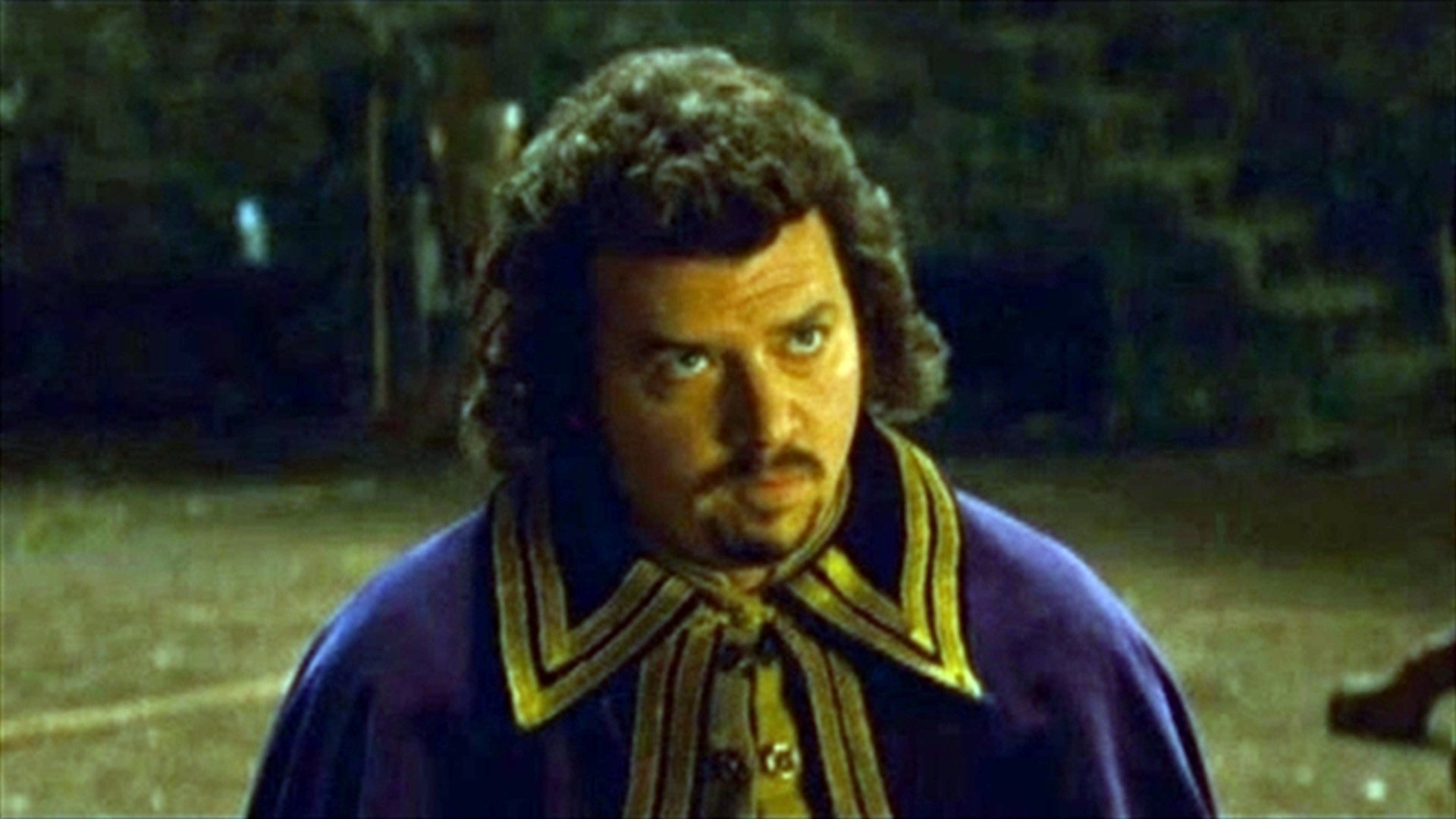 While you can let the audience in on the joke, you can't let your characters in on it because then you're telling everyone watching that you're not really watching a movie, just a bunch of guys fooling around.  This is why there is no point in going over the performances: everyone here is so wildly over-the-top because they think that by showing how broad they can be they can show how clever they THINK they are.

A lot of the script either doesn't make any sense or never bothers to set up the situations.  We don't really get Thadious' anger or sense of injury towards Fabious especially given that Thadious doesn't care to do the things Fabious does or that he would, being the younger brother, ever inherit the throne.  On the issue of age, while watching Your Highness it's almost impossible to imagine that Fabious is the older of the brothers because McBride looks older than Franco (McBride is three years older than Franco).

Part of it is due to facial hair: people with beards/mustaches tend to look older than clean-shaven men.  Therefore, one can't be blamed if one thinks that Thadious is the elder (in fact, it might have been funnier if it had been made that way), but I digress. 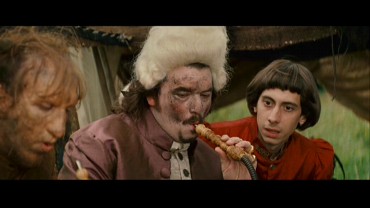 However, we never get a sense that Fabious is fabulous either.  Fabious never comes across as noble and/or heroic, he just comes across as incredibly naive if not downright stupid (how else would he not realize the Wize Wizard had been using him as a sex toy).

Instead of keeping a tighter focus on the main quest and how the formerly-noble nights were attempting to block them from their goals, we get a long and rather pointless sequence in the 'land of Manateetee', which only served to introduce Isabel into the plot and which frankly could have been cut without affecting the story itself.

As a side note, 'Manateetee' and 'Fabious' shows that Your Highness was either written by teenage boys or those who think like them.

There is nothing in Your Highness that is clever or original or even fun, even though McBride, Best, and director David Gordon Green obviously thought there was.  One gets the feeling that Your Highness must have been fun to make, but it is not fun to watch.

I came up with a different scenario while watching the film: have Fabious be fabulous, Thadious be lazy, but have Leezar trap Fabious (perhaps he needs a knight noble and true for some nefarious plot).  This would force Thadious to go rescue his brother (or else lose his digs).  At least now Thad has a motivation.  He, along with Fabious' men, go to Isengard...I mean, the Tower of Disorder, where Fabious discovers Belladonna, falls in love, and mucks up every effort to escape, and are being followed by a stranger.  Courtney discovers the traitor, and while he and Thadious make their escape are rescued by Isabel, who has her own score to settle with Leezar (maybe put the noble nights under an evil spell with Isabel protecting Courtney, who in turn protects the bumbling Thadious).

Now, the three of them go on their quest...and cut out the penis jokes.

Again, you mock the conventions of a genre, not create a film that makes you look like 15-year-old boys who divide their time between smoking weed and playing Dungeons & Dragons.

Your Highness is not funny because, oddly enough, it doesn't take the premise seriously.  In Your Highness, everyone is acting like they're overacting, so you can never even try to get into the spirit of things because if they aren't going to bother to even try to take this seriously, why should you.

I conclude with this.  I know of a lot of comedians who have been granted the title of 'genius': Aziz Ansari, Russell Brand, Dane Cook, and Danny McBride.  Granted, my definition of 'comedic genius' runs to the likes of Jack Benny, Lucille Ball, Richard Pryor, and George Carlin.