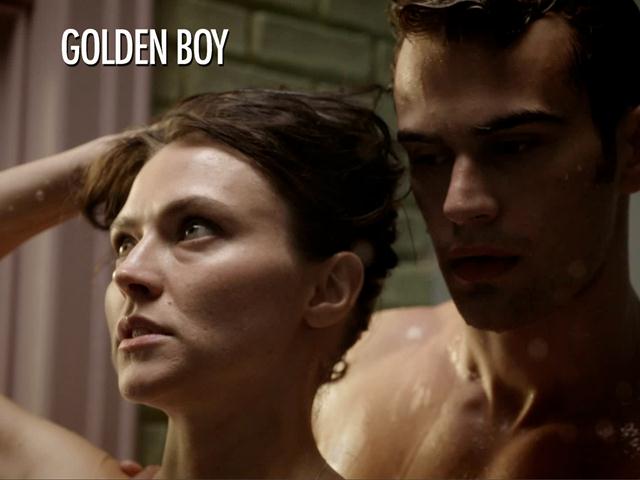 We go back to Paul Daly (Richard Kind), the reporter interviewing Commissioner Walter Clark (Theo James) in the pilot.   We hear about the issue with then-Deputy Mayor Carlton Holbrook (Eric Morris), and we now slip back into the past.  Then Detective Clark and the soon-to-be-ex Mrs. Holbrook (Trieste Kelly Dunn) are enjoying the pleasures of a hot shower when duty calls.

In the first of what can only be called unbelievable twists, the case in question is tied directly to the Deputy Mayor.  A prostitute is found dead in a hotel, and the man last seen with her is none other than Deputy Mayor Carlton Holbrook.  Clark, who already hates Holbrook for being a nuisance in his relationship, now has something to use (apart from the bribes he has evidence Holbrook has been taking).  While Owen (Chi McBride) urges caution (which is really what he always urges but is rarely taken up on), Clark charges full steam ahead.

As it happens, Holbrook admits he was with his favorite good-time girl, but that what happened was that when he woke up, she was already dead and he has no idea how this happened?

What, did they steal this idea from The Godfather Part II? 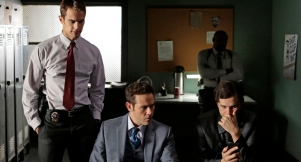 In any way, we now have to find who killed this hooker.  The newest suspect is...MARGOT! (Dun, dun DUN).  Somehow, she failed to mention in her trysts that her husband had been consorting with a particularly hooker, and that she had been in a fight with her, or that she had a bracelet or necklace that once might have belonged to Margot.

How soon we forget...

Well, we now have the guy who set Holbrook up (seriously, did they steal all this from Godfather Part II?), an Armenian mobster (?) whom Holbrook at first asks Clark to kill for him (??) but who in a chase manages to get killed by Clark (???).   In exchange for this killing, Holbrook won't tell others that Clark once committed perjury for his father as a kid (????).

Oh, and in between all this, we get a subplot where Detective Diaco (Holt McCallany) must deal with his increasingly senile father Francis (Dan Hedaya) and at long last, Agnes (Stella Maeve) meets her long-lost father (Michael Madsen).

I don't think they could have created as spectacularly disastrous an episode as they did with Beast of Burden.  Perhaps by now they knew Golden Boy was bound for the dump heap, so they opted to go all-out in creating something that would look so astoundingly bad it would justify CBS' decision to get rid of the series as soon as they fulfilled the initial 13-episode commitment.

The chances that Holbrook, a man who has been fastidiously careful in all his actions, should suddenly be found to be the prime suspect in the killing of a hooker is insulting to the audience who has remained loyal to the show.  It also doesn't help that they appear to steal from the Law & Order playbook and make Holbrook a substitute for Elliot Spitzer, who minus the dead body was similarly brought down by a hooker sex scandal as "Client Number 9".

The fact that Clark, Jr. was the alibi for his father in, wait for it, The Killing of a Chinese Bookie, is laughable (and another time I wondered whether the production team just picked movie titles and plots at random and shoved them down our throats).

Adding to that idea, since when did we slip into Dad territory?  While I don't find fault in Hedaya's performance, the entire subplot of Diaco's father seemed like filler, something to stretch out the episode while we moved away from the increasingly bizarre and idiotic storyline.  Until this point, I didn't even Diaco had a wife, let alone a family life.  This is clearly the production's fault, since no other episode has so much as bothered to give McCallany much to do.  The Diacos domestic situation seems to come from another show altogether, and I cannot understand why Golden Boy waited until now, near the end of their first season, to venture A.) outside the precinct into a secondary characters private life, and B.) away from the titular character.  We had the whole season to delve into the Arroyo/McKenzie affair, and got bits (usually at the end) with Owen's life.  We have been putting much effort into the love triangle of Clark, Dixon, and Holbrook, but now, NOW, we get Diaco's life.  Honestly, I rarely if ever even heard his first name, let alone anything outside the job.

Another aspect that was introduced way at the beginning but has never been touched since is Clark's nervous hands.  In either the first or second episode his trembling hands (the results of the circumstances that got him to Detective) were introduced, but now, after apparently never seeing a therapist (which I figure is standard in any shooting involving police officers) he is a dead shot.  I don't buy it, nor do I buy that the Armenian mobster (that already a bit of a stretch) would still be killed by Clark in a plan that works out for Holbrook.

Beast of Burden shows Arroyo as being the most sensible detective around.  "History, motive, and means," he says when their attention turns to Dixon (already someone who never bothered to mention any of this to her lover, or apparently to her lawyer, who could make hay out of how Holbrook has been cheating on her).  Besides, given how Holbrook nearly got Arroyo killed you would think he would applaud Dixon.

There are a few moments of wit.  "Which head are you thinking with now?" Owen asks Clark when the latter won't answer what he's thinking of.  Madsen also gets a great opening when he first appears, seemingly out of nowhere, to defend his daughter from a bully at the coffee shop.

However, these bits are not enough to save Beast of Burden from being an embarrassment all around, as if even they gave up on the series altogether. 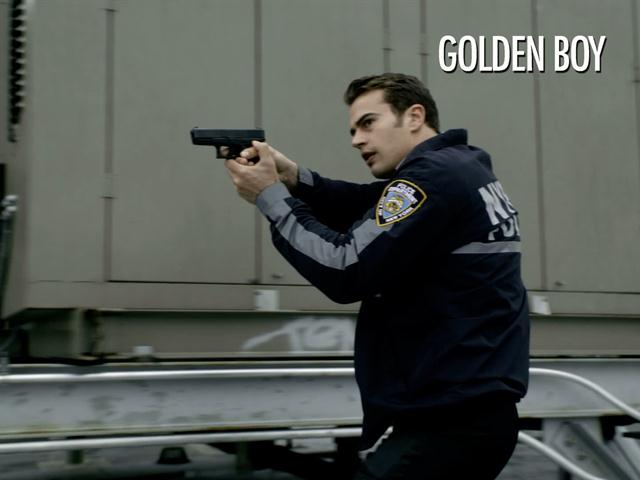 Next Episode: Next Question
Posted by Rick at 2:00 PM