The African Queen: A World War I Romantic Comedy Review 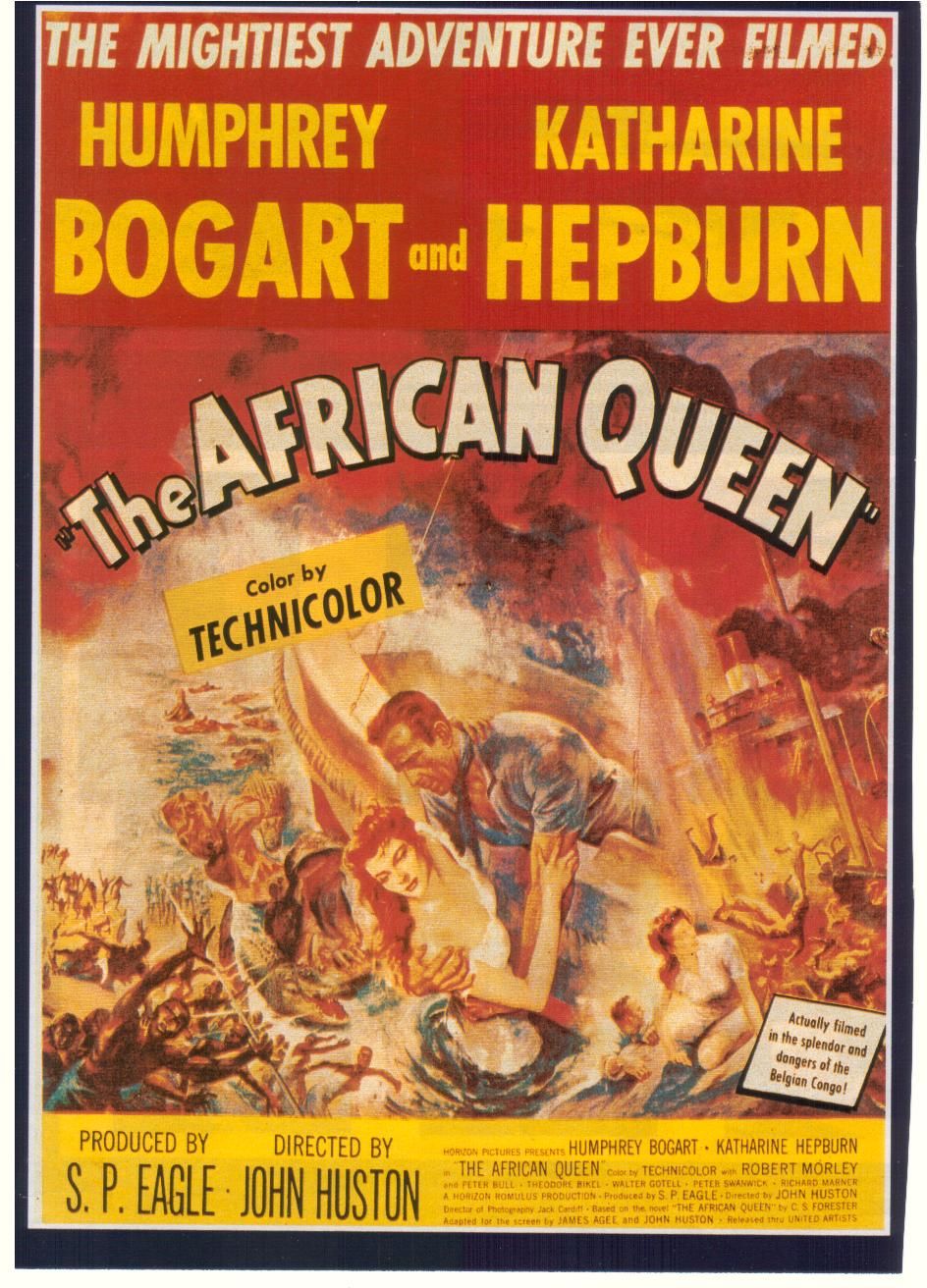 While The African Queen involves World War I, the war really is secondary to the main plot: that of two complete opposites falling in love.  There certainly is a "Hun" menace (and one or two moments that do not shrink from showing German brutality) but for the most part The African Queen is a love story, and a very funny one at that.  It also brings two of the great stars (the Number 1 male and female stars according to the American Film Institute) in their only collaboration, making it a showcase of the acting prowess of Katharine Hepburn and Humphrey Bogart.

It is German East Africa, September 1914.  Missionaries Rose Sayer (Hepburn) and her brother Samuel (Robert Morley) are reaching out to the East Africans, who look rather disinterested in what these two stiff and formal white people are doing and more interested by their occasional visitor.  That would be Charlie Allnut (Bogart), the coarse riverboat captain who delivers supplies and mail but whom the Sayers tolerate.  Things, however, take a quickly ugly turn when war between Germany and Great Britain is declared.  The Germans take the village, burning it to the ground and spiriting away the residents.  Brother gets a beating physical and emotional, and the shock quickly kills him.

Mr. Allnut comes to this sorry sight: a burned village, a dead man, and a woman in shock.  He quickly suggests that they flee to safety and basically hide out until this is all over.  Rose, after hearing that there is a German gunboat nearby, suggests they attack it with Allnut's ship, the African Queen.  Allnut is shocked by this idea: it means going past Germans and dangerous waters, but she will not be denied.  With that, it's off down the river, where they not only face Germans and their African allies but leeches, alligators, hippos, and eventually fall in love.  In the end, they are captured separately, and after the briefest (and slightly comic) wedding at sea, the African Queen does her duty for King and Country.

There is something delightful in seeing two great actors play to and against type.  You have Hepburn's rather haughty patrician and Bogart's rough-and-tumble Canuck, and while you don't really question why Hepburn's Rose has little to no British accent it is her imperious nature in the beginning that marks her out as a loyal servant of the Crown.  However, as the journey down the river continues, we see that both slowly soften to each other, and John Huston has this in a very subtle way.  As the journey continues, we see how much in love they are when she slowly goes from "Mr. Allnut" to asking his name, then calling him "Charlie", and he too goes from "Miss" to "Rose".

Everyone aboard The African Queen (pun intended) knows that this is a romantic comedy, but is smart enough to not overplay it.  After surviving a fierce set of rapids, the spinster Rose tells Charlie, "I never dreamed that a mere physical experience could be so stimulating", with a perfectly straight (albeit enthusiastic) face.  If one doesn't get the double entendre of Huston and James Agee's screenplay, one isn't listening.  This is primarily a two-person show, and Hepburn and Bogart manage to hold our attention because they are simply that good.  They compliment each other with their styles to where they become real-life people in this odd circumstances, and as they start to fall in love with each other, we start to fall in love with them.

Subtlety is a key here.  After they kiss, the screen fades to black, and while nothing overt is shown, one can only imagine that Rose found more physical experiences to be equally stimulating.

The greatness of The African Queen is that it is less a film about war than about romance between the two most unlikely of people, and people who are not 'sex symbols', but people who are going on in years but still have a lot of life in them.  This isn't to say that the war is not important: it is patriotism (along with a chance to avenge her brother) that motivates Rose's actions (and sets the plot moving).

It is interesting that The African Queen, albeit briefly, did not shrink from making the Germans in the beginning rather brutal (burning down the village and taking the villagers away, perhaps never to be seen again).  However, by the end, when first Charlie then Rose are being questioned, the Germans appear more comical and goofy.  "I now pronounce you man and wife.  Proceed with the execution", the Captain says after marrying Charlie and Rose.

There's something to be said for German efficiency.

Alan Gray's score suggests that this is a light, comic film, one where we get adventure but more importantly, romance, where the determination to strike at the enemy isn't as important as finding these two wildly different people find themselves in each other's arms.  This being a comedy, it was important that they succeed in their mission, even if it took longer and a different route than they expected.

The African Queen is rightly described as a classic.  Why?  It has two brilliant performances, beautiful imagery (when location shooting, especially in a rather inhospitable place like Uganda and the Congo was rare), a solid script where the story flows naturally.  However, what really sets The African Queen apart from other films of the time and time-frame is that it isn't afraid to be funny, to present characters who at times can be terribly unlikable, but whose flaws go along with their virtues.

War was never so amusing. 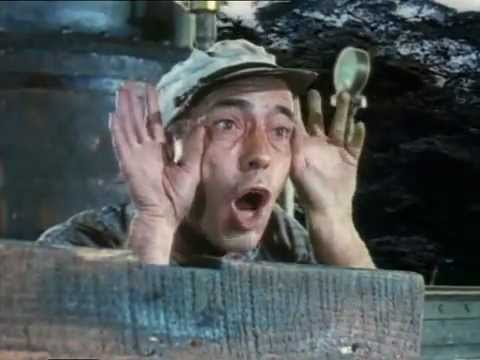