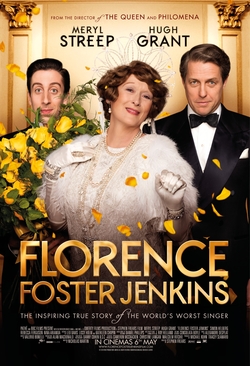 The Chanteuse Has No Chanson...

When accepting the Cecil B. DeMille Award at the Golden Globes, Florence Foster Jenkins star Meryl Streep took a swipe at the 'little people', telling us great unwashed that without her (and immigrants like Canadian Avant-garde actor Ryan Gosling, Indian-British actor Dev Patel, and Ethiopian-Irish actress Ruth Negga...and also Italian-born Amy Adams and Israeli-born Natalie Portman), we'd be stuck watching nothing but football and Mixed Martial Arts, which she oh so helpfully pointed out were not 'the arts' (as if I'd suddenly confuse Conor McGregor with Henri Matisse).   One wonders whether Miss Streep is aware that to many people, watching nothing but football and MMA would be nirvana, and would be a damn sight more preferable than watching something like Florence Foster Jenkins, her most recent film.  Florence Foster Jenkins, based on a true story, is not terrible (and Streep certainly isn't terrible in it).  However, while billed as a comedy, I found it more a mean-spirited film, filled with pretty reprehensible and out-of-touch rich people who haven't a clue about reality.

Let those analogies roll on in.

Florence Foster Jenkins (Streep) is a doyenne of New York society and a patroness of the arts.  She also believes herself to be a great opera singer.  And why wouldn't she believe it?  Her ever-attentive husband, St. Clair Bayfield (Hugh Grant), a failed actor, tells her so.  Her high society friends tell her so.  Even an assistant conductor of the Metropolitan Opera, who comes to give her singing lessons, tells her that her voice is something unique.

Enter Cosme McMoon (Simon Helberg), a struggling pianist and composer, who has been selected to play the musical accompaniment to her singing lessons.  At the first lesson, McMoon gets a listen to this voice...and is shocked, horrified, even slightly amused at the result.

St. Clair Bayfield, who has a secret mistress squired away at an apartment the wealthy Jenkins pays for, convinces McMoon (with some words and cash) to essentially not be so picky about Madame Florence's unique interpretation of chanson. Bayfield goes out of his way to make sure this illusion (or is it delusion) is kept: he organizes recitals with a very select guest list that will ensure Madame Florence continues in her delusions.  He even pays off reviewers to put positive notices for her to read.

Of course, not everything can go smoothly, and at one recital, a nouveau riche woman has to be essentially dragged out when she cannot control her laughter at the awfulness of Madame Florence's performance.  Artist friends of Bayfield's mistress, Kathleen (Rebecca Ferguson) also snicker at the obliviousness of Madame Florence, finding it all so amusing, even if St. Clair is not amused and Florence is oblivious.

It may literally all be in her head, as Madame Florence is secretly suffering from a long-term case of syphilis, brought about by her first husband.  The illness is hidden with wigs and is not known to anyone save her, St. Clair, their housemaid, and their doctor.  Perhaps the syphilis has made her tone-deaf, or simply bonkers.

As she and McMoon continue to bond, with McMoon discovering St. Clair's mistress, Florence Foster Jenkins grows more irrational.  She decides to give a recording of her favorite arias as a gift to members of the Verdi Club (a society she helped found), and despite themselves a record of her singing manages to find its way onto radio.  St. Clair is horrified, even more so when he finds that it is Florence herself who made it available.

The worst is yet to come though, as now, in an effort to help with the war effort, she has booked Carnegie Hall for a concert, giving away a thousand tickets to various servicemen in New York as thanks for their service in World War II.  St. Clair, who has now lost his mistress, is simply incapable of stopping his wife from making an unwitting spectacle of herself.  McMoon is highly reluctant to do the recital too, realizing that associating with someone as appallingly bad as Madame Florence could be the death of his career.  Eventually, his loyalty to Madame Florence outdoes his fears for his career.

The concert goes pretty much as one would expect: with hundreds of drunk servicemen, even some celebrities like Cole Porter and Tallulah Bankhead, Madame Florence for the first time in her illustrious career meets with something she has never heard: gales of laughter and catcalls.  Madame Florence is genuinely confused, failing to understand why people are not receptive to her performance as they have been in the past.

Despite this, she manages to be triumphant (though whether because the audience simply loved the sorry spectacle of someone so clearly unable to sing and being oblivious to it or because people felt genuinely sorry for her ineptitude is unknown).  St. Clair and McMoon do their best to keep the one negative review from the New York Post from her, but she manages to find it...and promptly drops dead after reading it.

Technically, she lingered for a few days, but essentially one bad review kills our heroine.

After watching Florence Foster Jenkins, the first thing that popped into my head was how delusional everyone basically was.  There is a line between eccentric and flat-out bonkers.  The film wants us to think Madame Florence was merely eccentric, a delightful but offbeat woman who marched to the rhythmically-challenged drummer in her head.  The end result for me was instead one of almost horror.  You can argue that she wasn't completely responsible for the lunacy of her career, as she was surrounded by sycophants who lavished her with praise when it was clear she was horrible.

However, she ends up looking deranged, almost unhinged, and not just because her voice is so Satanically atrocious.  Other aspects of her persona make her look even more crazy that she already appears to be: the grandiose wardrobe, her firm instruction about not sitting in certain chairs that were probably used by other musical 'geniuses' (oddly, bringing to mind the character of Sebastian from La La Land, who similarly insisted that no one touch, let alone, sit on a stool once owned by Hoagy Carmichael.  He was just a snob, but she was flat-out crazy).

The fact that no one dares tell her she is not a good singer makes everyone around her look mercenary, more interested in keeping their own pockets lined than in being honest.  The question about why no one could simply tell her that her voice was incapable of reaching the heights she so firmly believed she did is never answered, and I'm not sure it was even asked.

I don't know why the trailers make it look like St. Clair (who has a remarkably healthy ego of his own, insisting that posters advertising Florence refer to him as an 'eminent monologist and actor') was her true-blue loyal mate when we find that he not only had a mistress, but seemed rather unapologetic about it.  Granted, he and Madame Florence did not consummate their marriage due to her syphilis, but don't come to me and tell me a man can have a mistress and simultaneously care for an old woman with delusions of grandeur.  It would have been one thing if Madame Florence knew of Kathleen, understanding that St. Clair had needs she could not meet.  However, given the extent St. Clair went through to keep Kathleen a secret, the idea that he did it all for Florence stretches credulity.

Streep and Grant gave good performances.  That I cannot deny.  However, despite their good performances they never came across as anything other than crazy and predatory respectively.  One continues to wonder why St. Clair fostered this insane/inane idea that his wife was some grand diva when she clearly, painfully wasn't.  The film never made the case that he did it to spare her feelings, and more than once it looked like he and everyone else was interested only in taking advantage of her musical dementia for their own gain.  Throughout Florence Foster Jenkins, I never got the sense that St. Clair actually loved Florence, but merely tolerated his Bunny.  He clearly could have stopped her from making a fool out of herself before the whole world, but chose to acquiesce to her wishes to give a major concert.  By treating her as a child, or a fragile piece of glass that would shatter at a negative reaction, everyone around Florence ended up being more cruel than kind.

Again and again I never believed Florence Foster Jenkins wanted us to like our main character or to find her endearing.  I thought that it basically wanted us to laugh at her, to pile on more mockery on the memory of a deluded, apparently mentally unstable woman in little position to defend herself.

I am knocking down the film and giving it a slightly negative review, despite good performances from Streep and Grant, because of Simon Helberg.  Not because he gave a bad performance, but because in real life Cosme McMoon was half-Mexican, and the film opted to cast a non-Hispanic in the role.  It's the height of hypocrisy to tell us, the great unwashed, those who enjoy football and MMA, about the joys of diversity and tolerance...then insist that actors who are ethnically incorrect play roles they are not suited for, robbing the same minorities of an opportunity to work. 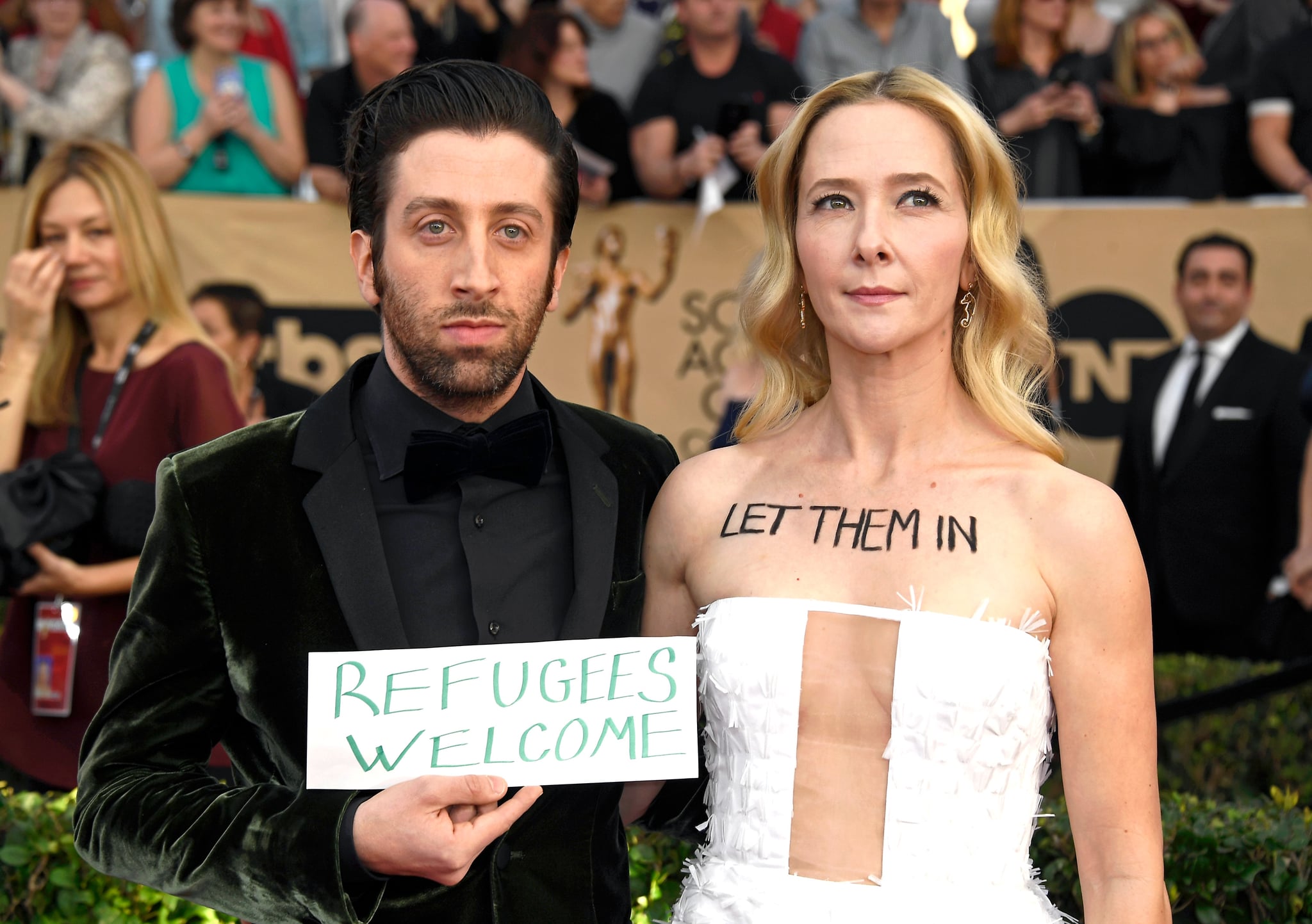 Unless of course, it's for film roles.  Then by all means, Build That Wall...

And in case you wanted to hear Mozart's Queen of the Night aria from The Magic Flute (one of the most difficult arias in all opera) done right...